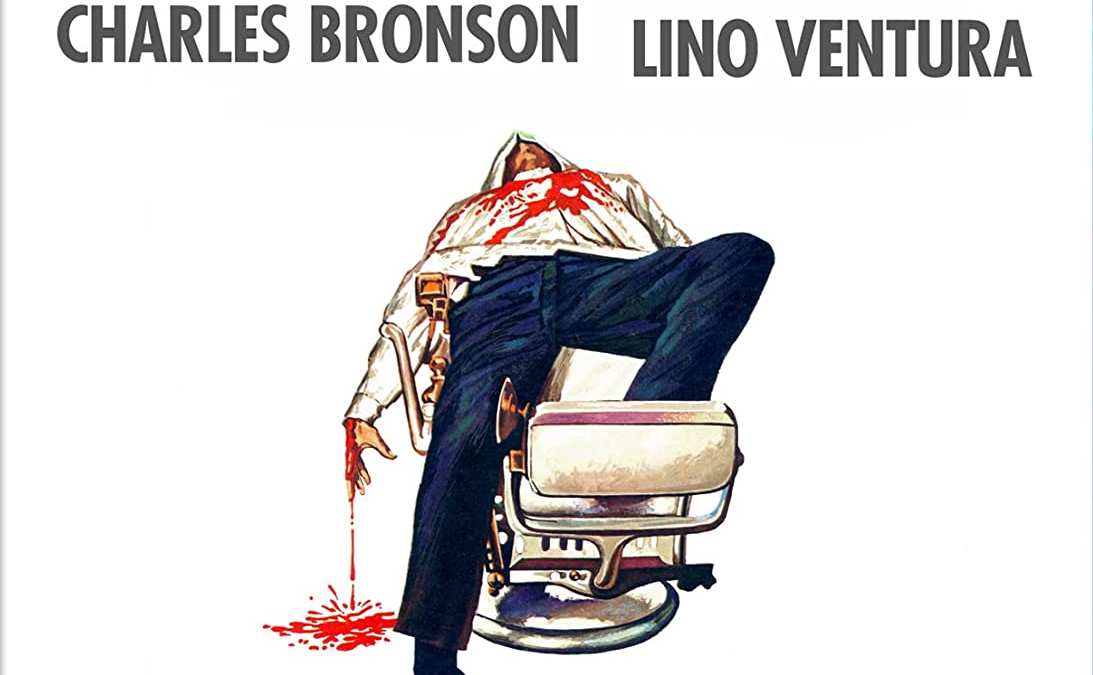 After The Godfather but before Goodfellas there was The Valachi Papers.  Chuck Bronson is Joe Valachi the criminal that exposed the Mafia.  Back in print on Blu-Ray from Kino Lorber.

The most surprising aspect of The Valachi Papers is how much director Martin Scorsese would lovingly homage from it for Goodfellas (the conversational voice-over, the typeface, showing the life of the low-level operator).  Though not surprisingly the Terrence Young-directed movie doesn’t hold a candle to Scorsese’s Opus.

Joe Valachi (Charles Bronson) through a series of unfortunate miscommunications and lack of being a truly smart man winds up in prison and on the hit list of Mafia Don Genovese (Lino Ventura).  Thinking he has no choice Valachi turns coats on the Mafia to the ears of the FBI.  Valachi tells the Feds everything he knows – his story.  As he begins to realize that no one is in his corner.  Not the Feds, not the courts, not his friends and family, and especially not Don Genovese who puts a $100,000 price on his head for turning stool pigeon.  Will Valachi survive??

The Terrence Young-directed movie is a more stylish action film than it is anything that represents the top tier of Mafia films.  That isn’t a dig but an understanding that Young’s bread and butter – as was the case with Bronson – was action.  From beginning to end The Valachi Papers is entertaining and breezy in the way that Young’s best action thrillers are.  Yes, there are glimpses of the type of sociological examination that Coppolla and Scorsese would later do but it isn’t at the forefront.

Bronson’s work here is interesting as he’s playing an age-appropriate character – Bronson was well into his 50s at the time.  The superstar had a tendency – because of his physicality – to play younger.  As Valachi, Bronson gets the simple-mindedness perfect, something that one would think that playing dumb.  Bronson does not in any way, rather he approaches Valachi as a man who is confused by notions of treachery within his own ranks.  The actor’s oftentimes stilted delivery works in favor rather than against him in this picture.

The Valachi Papers is an entertaining and often thrilling action film.  Those looking for something that dives into the various social structures of organized crime should look elsewhere.

Kino Lorber has been provided a wonderful transfer from Sony/Columbia for the release of The Valachi Papers.  The hi-def transfer is uniformly sharp and handsome all around.  There isn’t a scratch or blemish on the transfer making it feel like a freshly struck 35mm print.

The archival audio commentary by Film Historian Paul Talbot, the Author of the BRONSON’S LOOSE! Books, is a winner.  Beginning with Talbot his obsession with Bronson and his work.  Some of the details include the true life of Valachi and the various changes that were made, the various studio work and real locations the production was filmed in, the various real-life figures that populate the film and when their names were changed, and what their real fates were, the various actors that wanted or were up for the role of Valachi – including Anthony Quinn, Marlon Brando, how Bronson was cast in The Valachi Papers, the purchasing of the book by Dino DeLaurentis, the life and career of Lino Ventura, details about the production and how it achieved certain scenes, a fun fact about the driving done by Charles Bronson, the various customs that are in the film and how they were adapted from Valachi’s memoirs and testimony, the life and career of director Terrence Young, the relationship between DeLaurentis and Bronson, the real-life figures Lucky Luciano and Genovese, and much more.  Talbot delivers a rapid-fire informative commentary track that deep dives into not just Bronson’s life at the time and beyond but the production and the real-life Valachi, his writings, and the real-life history.

The Valachi Papers is prime Bronson Action.  Kino Lorber has given it a stellar special edition.  Recommended.