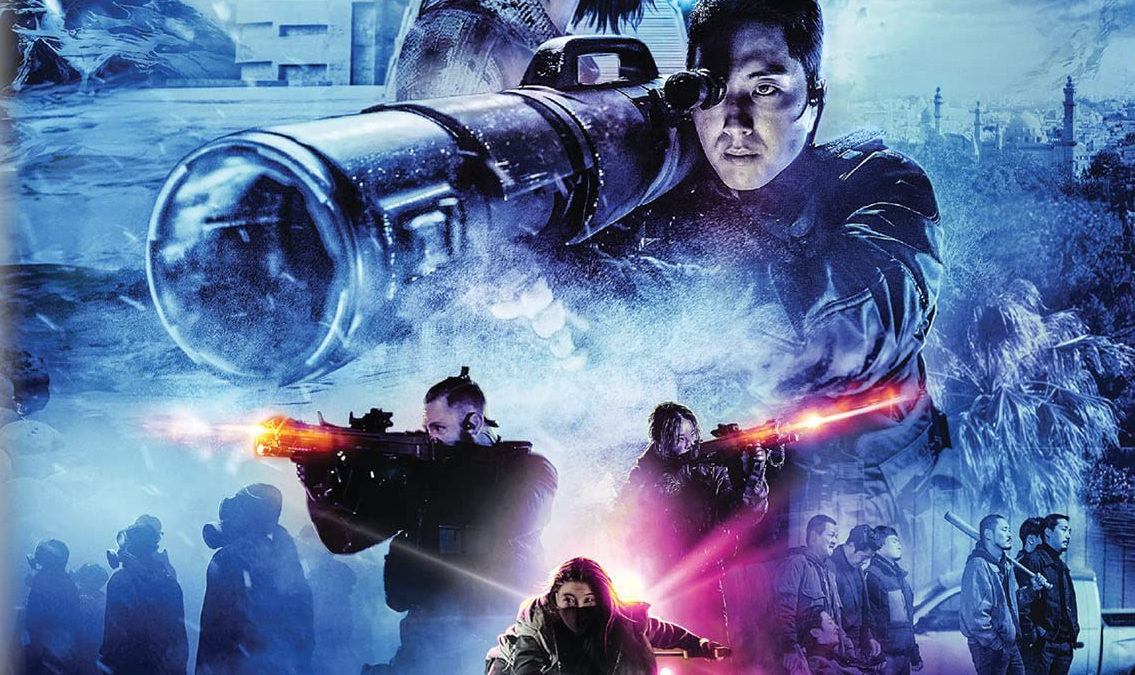 The second film in the Korean sci-fi action series The Witch 2: The Other One is the dojour hard Action franchise you’re not watching.  New on Blu-Ray from Well Go USA.

I missed The Witch.  Not sure why.  Its writer/director Park Hoon-jung huge epic action sci-fi film.  I’ve been in the bag for Park’s work since I Saw the Devil – which is one of my favorite films … ever.  As he’s made the transition to not only writing but directing I’ve adored everything he’s done from New World, Tiger, and of course V.I.P.  Thought as soon as the trailers for The Witch 2: The Other One premiered and I put two-and-two together I instantly resolved.

The Witch 2: The Other One is both a sequel and a film that relies on its own storytelling.  If one has seen The Witch the mythos of the Ark program, the origins of the girl, and more is explained set against a chase film bringing back everyone that survived the first film.  If one hasn’t seen the first entry The Witch 2 serves as a great platform for people to dive into a truly great burgeoning sci-fi action series.

By beginning with what is the origins of the Ark program writer/director Park doubles back allowing new people who just happen to discover the film to enjoy the film without issue.  Though the moments between Doctor Baek (Jo Min-su) and her twin may confuse as much as it intrigues.  The film’s similarly structured to the original with a young girl (Shin Si-ah) escaping one of the Ark Facilities, meeting a family, and a lot of bad-bad people coming to do harm to the family and young girl.

Like the first – and most of Park’s work – criminality and crime within a community play a huge part.  In this film, it’s a brother (Sung Yoo-bin) and sister (Park Eun-bin) struggle with the threats of a crime lord (Jin Goo) who knew their recently passed father.  The way that the film is able to nimbly meld this into the larger story of government agencies and advanced weapons testing is as slick and adroit as it big budget entertainment comes.

Much of the film’s success as both a sequel and its own story is how deftly Park is able to not only mix genres so successfully but how the tone often shifts throughout.  Park’s films are an entertaining heady brew of cinema that has you laughing one minute, empathetically scared another, and thrilled the next.  Often in the same scene.

If one is looking for big-budget sci-fi action done with heart, intelligence, and skill look no further than The Witch 2: The Other One.

The transfer provided to Well Go USA is nothing short of perfect.  Much like their disc for the original film, the digitally shot production looks clean and razor-sharp.  The film taking place mostly in dark settings is a prime example of what Blu-Ray still can accomplish close to a decade and a half on.

Behind the Scenes Featurette (4:17) – a short but effective EPK-style featurette that discusses the making of the film and their intentions.  Filled with a great amount of B-roll footage and interviews one wishes it was longer as there is a lot of great information about the production here.

If one is looking for a big action sci-fi series look no further to The Witch 2: The Other One and the original.  Highest Recommendations!

Well Go USA’s Blu-ray Edition of The Witch 2: The Other One is out November 8th