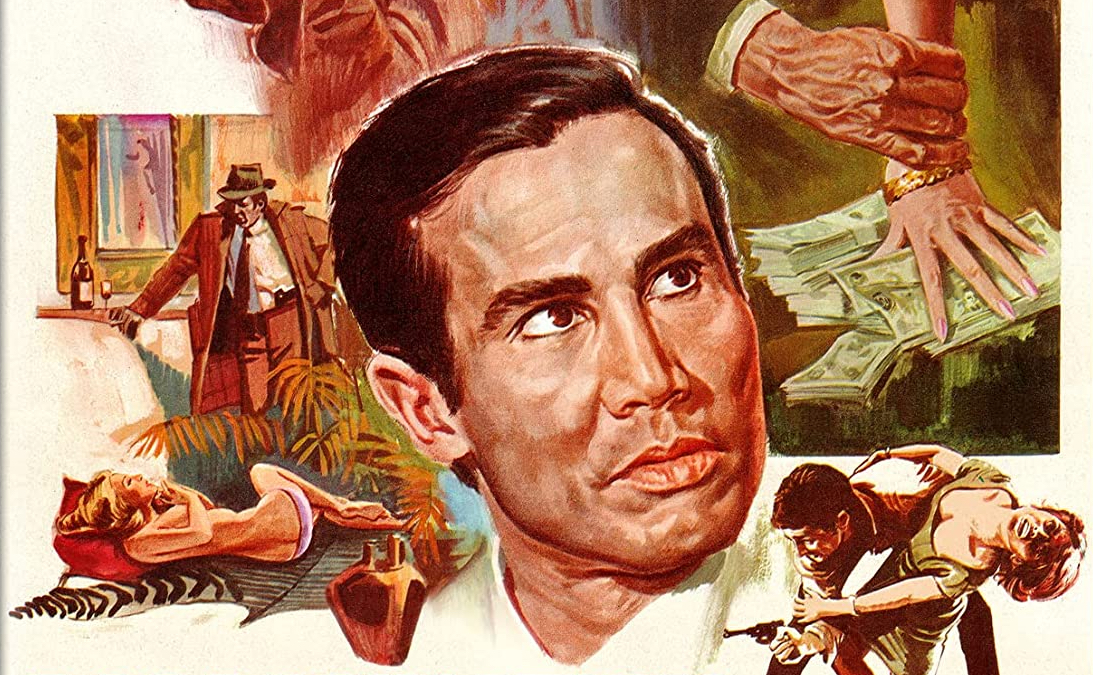 I still remember having nightmares about Henry Silva.  It all stemmed from his work in Above the Law.  The nightmares were about Silva and a crew invading my home and Silva injecting me with some sort of drug that tortured me.  Sounds like the perfect Henry Silva movie doesn’t it?  Well, after Above the Law he was one of the du jour villains of the era.  Little did I know – until my fascination with Italian Genre films came to fruition – that Silva was HUGE in Italian films and was about as bad ass as a badass could be.

Assassination plays to Silva’s strength as a villainous operator – anti-hero kinda sorta – who’s made a deal with the CIA to go undercover by faking his own murder and playing his own long-lost brother.  It’s a great concept that many films have used to lesser effect.  Here it’s the perfect plot device to allow Silva to be the badass angry killer he’s so good at playing.

The movie is a poppy twisted and twisty narrative of double-crossing, greed, corruption, East German Baddies (when the Easter Bloc was a thing), infidelity, and more.  Director Emilio Miraglia keeps everything humming like a well-oiled machine with the film moving from New York to Germany to England with nary a visual hiccup.  Even the most outlandish of plot turns here are handled with ease by Miraglia visually with the aid of Silva who seems to be able to roll with the punches no matter how wild (there are some truly bonkers moments here like a setpiece involving a UK-based Motorcycle Gang).

In the end, what gives Assassination its edge over some of the more elegant and well-known spy thrillers of the time is its stark and bleak outlook.  From the beginning moments set on Death Row to its shocking ending, Assassination is not just thrilling but cynical and understands there is no escape for evil men no matter how good their motives are.

The 2022 4K Restoration of Assassination is cracklingly good.  Anyone that loves late 1960s Widescreen European Productions will absolutely adore the restoration work done on this title.  The image is beautifully sharp with an equally gorgeous grain structure.  The restoration work done shows no sign of wear and tear and image issues like dirt on the print or scratches.

The all-new Audio Commentary by Film Historians Howard S. Berger, Steve Mitchell, and Nathaniel Thompson continues their three-headed hydra of awesomeness with Assassination.  They open with the fact they are recording the track on the day that Henry Silva passed away.  Some of the details include the score and song that opens the film, composer Robby Poitevin’s ties to Morricone and Curb your Enthusiasm, the career and films of director Emilio Miraglia – who was known more as a producer, the surprising amount of the film that was shot on location in New York City, a larger discussion of films that were shot NYC at the time, a discussion of “stealing shots” here and in other films, why Silva was so important at the time and allowed him to be cast in Italian productions – e.g. his star power at the time, the work and career of Fred Beir, the visual style and just how much of the film was stolen- some of the visual recalling Shaft’s opening moments, the work of cinematographer Erico Menczer, the work and careers of the screenwriters Luciano Ercoli and Massimo De Rita, the famous NY Queens cemetery that was also featured 5 years later in The Godfather, the high end restaurants in the film and how close did it hue to reality, the homages within the film, the performance and career of Henry Silva, and much more.  As they have in the past Berger, Mitchell, and Thompson bring the kind of entertaining and informative track they’ve come known for.

Theatrical Trailer (2:59) – the trailer has been remastered in 4K as well.

If 1960s Euro Spy Thrillers are your bag then Assassination should be high on your list of must-buys.  Highest recommendations.