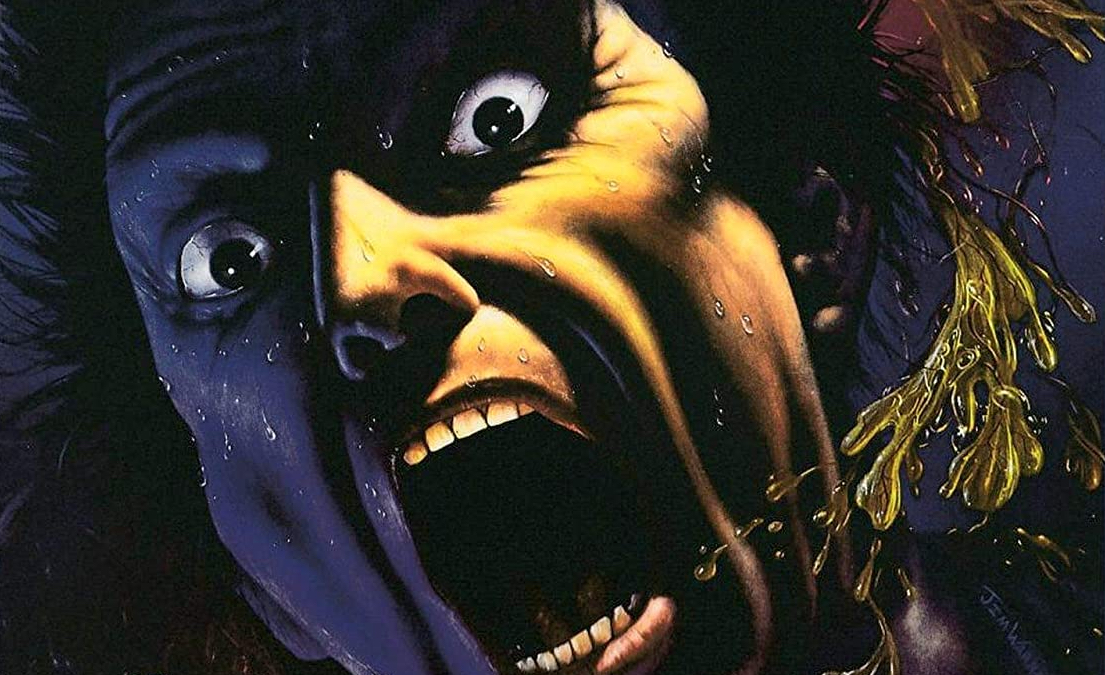 A dollop of 1950s Sci-Fi and a dollop of 1980s gore goes a long way in the cheeky forgotten sci-fi B-Movie homage Blue Monkey.  New to Blu-ray from Code Red.

It’s not John Carpenter’s The Thing or The Blob remake but the Canadian horror sci-fi entry Blue Monkey is still solid fun.  Not a satire or a straight-ahead genre entry rather somewhere in between.

Marwella and Fred are your average widowed retirees.  Both share a love of gardening.  It looks like the two are about to make a connection.  All would have been amazing if not for the mutated insect that bites Fred.  Fred at the local hospital ends up dying.  Of course, it’s not your normal bug bite he died from.  This bite was an egg/pupa of either extraterrestrial or mutated origin.  Everything of course goes to hell with the perfect storm of scripted plot points … Luckily for the ER, Hospital, and the world Super Cop Jim Bishop (Steve Railsback) and ER Doctor Rachel Carson (Gwynyth Walsh) are they to save the day.  Blood, gore, insects, and various blobs of FX work commence.

Yes, Blue Monkey, is a Canadian Tax-shelter film.  Yes, it feels like everyone’s going through the motions.  Regardless, the film works because of its deficiencies.  The way that everything feels rushed.  The acting is a bit stilted or overwrought.  The direction is static.  It all feeds the beast that is 1950s era API production.

This isn’t an ironic view of the film.  Those that love ‘50s era low budget sci-fi will know what I speak of.  This feels, either unintentional or intentional, like a love letter to Roger Corman and Jack Arnoff films.  This feels more intentional.  One only has to look at the casting of Don Lake, who shows up midway through, as an entomologist that constantly spouts out facts that sounds ridiculously inaccurate to be in on the joke.

If you’re not smiling by the time Railsback summoning all the power of a heated Chuck Heston in the Omega Man trying to sell a Laser killing a rubber insect … well Blue Monkey just isn’t your jam.  Those discerning readers that can look at that statement and know this is the movie for them, they are in for a treat.

The transfer provided to Code Red is near perfect.  The colorful image is always sharp without any defects, dirt spots, or scratches.