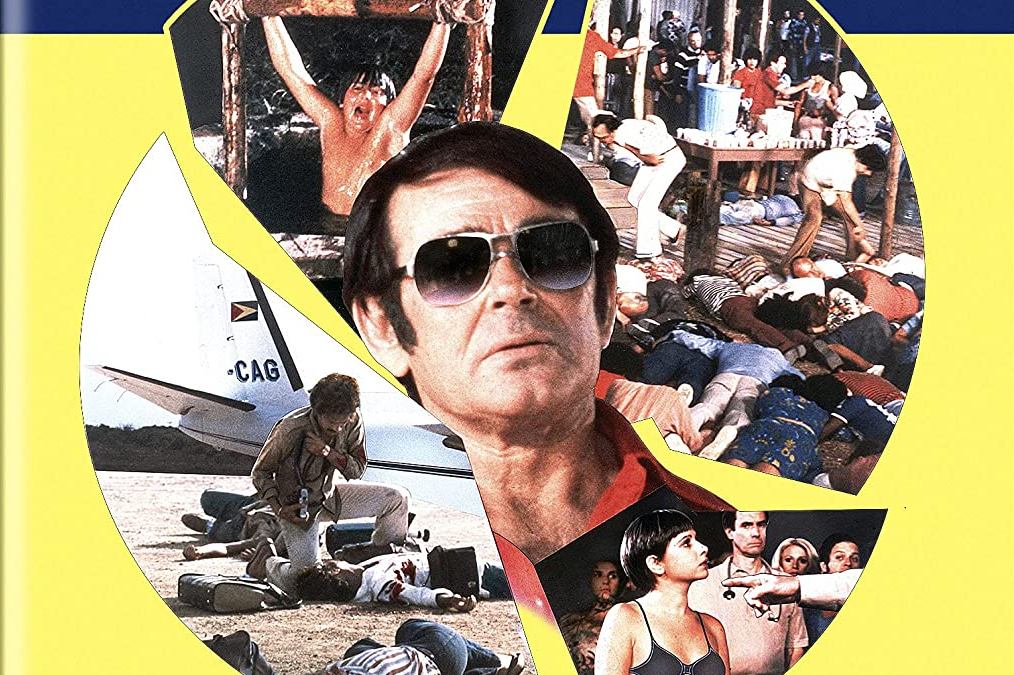 This much can be said about René Cardona Jr.  He was a madman.  The more this reviewer has dived into his truly wonderful filmography the one thing is apparent.  He’s seen a lot of white folks do a lot of stupid things.  Guyana: Cult of the Damned is the perfect example of the director’s filmography of crazy white people doing incredibly stupid things.

James has turned into Johnson.  Which is about the only piece they fabricate.  All the plot points are pretty spot on with a few MAJOR embellishments.  It wouldn’t be a Cardona film without the embellishments.  Cardona’s film does not hide its contempt for any of this brainwashing tomfoolery on display.

The funniest addition is the narration by one of the survivors as a way of making it a docu-drama of uber importance.  Though much of that is undercut by the overheated nature of the film that Cardona has made.  It is not a bad film, far from it, but the narration gives this sort of simplicity that didn’t need to be there.

Regardless, Guyana: Cult of the Damned goes to a very dark place and doesn’t ever look back.  In every respect, Cardona does not hold back on the horror aspect of the film.  Children are killed (there’s a particular moment with children and snakes that made this reviewer blurt out an expletive).  People are humiliated.  Families are executed.  Guyana: Cult of the Damned does not fuck around or give one fuck about what you think once the finality has set in of Jim Jone… I mean James Johnson.

Guyana: Cult of the Damned is not for everyone but those that love Cardona’s brand of exploitation are going to delight in this.

The Brand New 2K Master shows off the shot-on-location documentary style photography. The transfer does have a nice amount of grain but that’s more than likely because of the film source itself. The image is still sharp with no unintended scratches or blemishes. Note that there are scenes where it looks as though the graininess and scratches are very much intended.

Isolated Score and Effects – a nice added bonus feature that shows off some of the solid sound work and the score (though the scores are never a strong suit in Cardona’s films).

Guyana: Cult of the Damned is right there with all of its director’s filmography just adding a layer of true events.  Recommended.

Code Red’s Blu-Ray Edition of Guyana: Cult of the Damned is out now