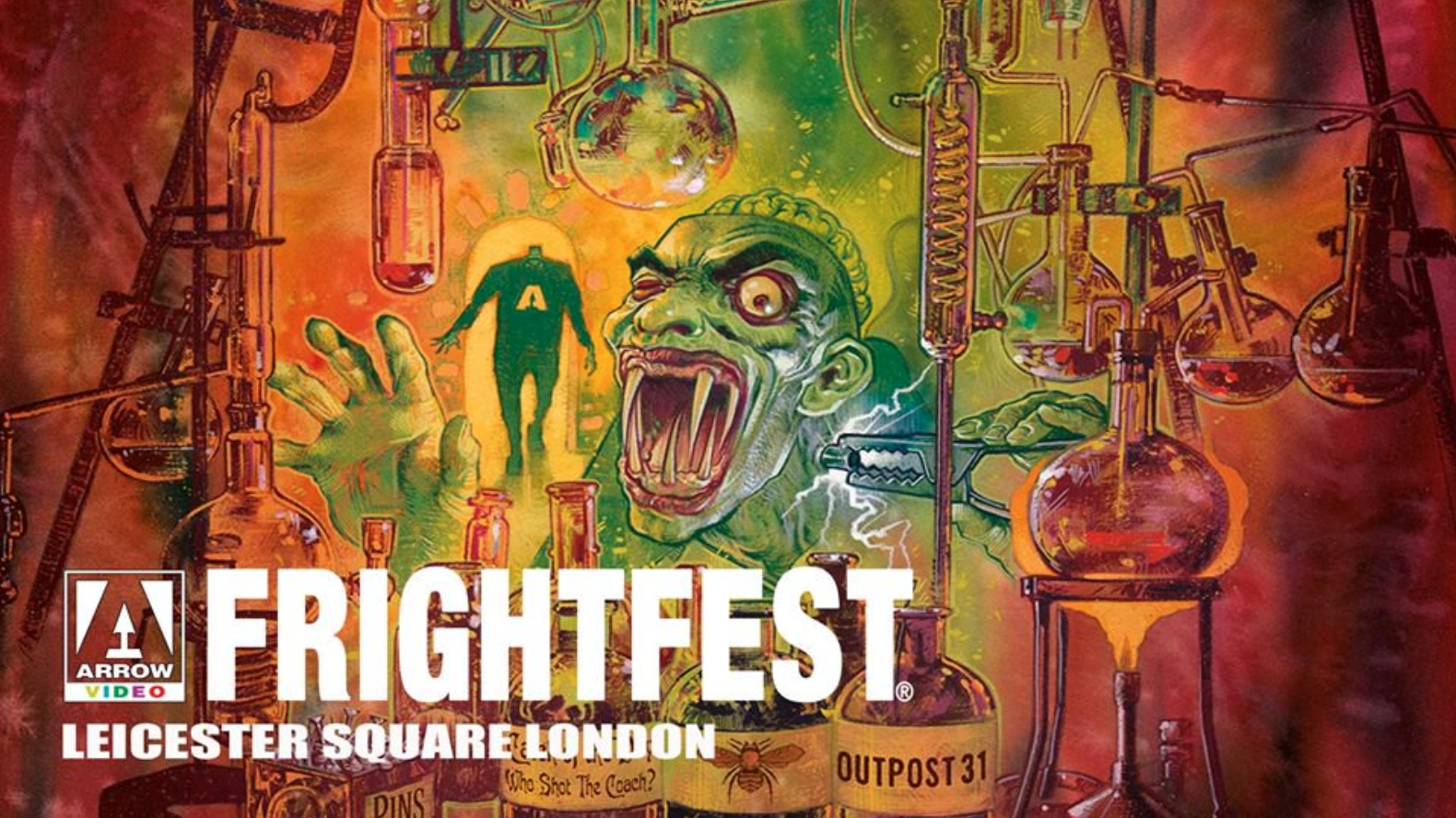 Film festivals can be exhausting. So many choices in so many time slots. Midnight movies. After parties. When do you sleep? Or catch a meal on the run? It’s quite the First World problem. The only solution is to prioritize your viewing. Make informed decisions. And you might want to consider checking out the films that don’t have big distribution deals. You can catch those later in cinemas across the country.

I’ve seen some of the films being offered at the 2019 Arrow Video FrightFest from August 22 -26, 2019, but top-notch genre festivals have a way of curating a line-up that’s unique to their fest. So, many of the films on offer in London next week are known to me only by their pedigree. I’ll be checking them out right along with you when they screen at FrightFest. But, if you’re headed to jolly ole England or live there already, here are some films that I can recommend from first-hand viewing experience:

Crawl: One of the most entertaining films of summer cinema in America hits the U.K. Alexandre Aja’s creature feature is old-fashioned suspense filmmaking at its finest. Our human protagonists get trapped in the crawl space of their Florida home during a hurricane, and the alligators come a-callin’. The gator effects are so realistic at times that I assume they constructed animatronic alligator heads and bodies that are blended with CGI. Add in those gator growls, and it’s about scary as hell. I will say no more about the film. Avoid the trailer. Go in blind. And enjoy.

Depraved: Low-fi horror master Larry Fessenden is back with his modern take on the Frankenstein myth. The writer-director has always impressed with what he’s able to get on the screen given the budget constraints on his productions. Necessity is the mother of invention, and Fessenden is one inventive mother. David Call, Alex Breaux and Ana Kayne give excellent performances as the “doctor”, his “creature” and the woman caught between them. Fessenden’s films are rich with social commentary and subtext. Depraved examines the nature of identity, memory, point of view and love in our modern world.

A Good Woman is Hard to Find: One of my favorite films from Fantasia 2019 in Montreal. Anchored by a fearless leading performance from Sarah Bolger (Into the Badlands, End of Sentence), this is a tale of female empowerment that avoids talking the talk and instead walks the walk. Social commentary and rich subtext are expertly woven through this gritty crime film about a downtrodden widow who must find a way to survive when her family inadvertently collides with a vicious gang of organized criminals. A Good Woman is Hard to Find is an unflinching look at what it’s like for a woman to be alone in a dangerous, misogynistic world. The men in Sarah’s orbit take what they want and seem surprised if a woman contradicts them or resists their masculine will. As one of the hooligans from the estate puts it, “What is it with women like you? Ya like to get knocked about.” He may regret saying that. Sarah just might hit back. (Click here for my full-length review from Fantasia or experience it for yourself and compare my take on the film to yours.)

Satanic Panic: It’s ironic that Satanic Panic, the new film from director Chelsea Stardust (All That We Destroy), had its world premiere at the Overlook Film Festival in a 9:30 p.m. time slot because its cinematic DNA is 100% midnight horror movie. It’s a gonzo mash-up of body horror, witchcraft, occult sacrifices and young women in peril with a big streak of humor running through it. The director herself called it “batshit crazy” during the post-screening Q&A. The film embraces that lunacy and confidently runs with it. If Satanic Panic had been released in the 1970’s, it would’ve been a staple on the drive-in theater circuit. Satanic Panic is fun. Most of the horror films of the 2010’s forgot that some of us simply want to be entertained. If you need your horror films to be drenched in endless dread as you careen toward yet another nihilistic ending, then this film likely isn’t for you. (Click here if you’re interested in reading my full review of the film.)

Why Don’t You Just Die: Take the visual style of Guy Ritchie’s early films (Lock, Stock and Two Smoking Barrels, Snatch) add a pinch of Danny Boyle’s Shallow Grave, throw in the blood geysers and over-the-top violence from Kill Bill-era Tarantino, put it all in a blender and the resulting cinematic milkshake would resemble Why Don’t You Just Die, the new film from writer/director Kirill Sokolov. It’s an uber-violent crime film with enough speed-ramping, freeze frames, slow motion and other editing pyrotechnics to let the audience know we’re not supposed to take the blood-soaked proceedings too seriously.  All of that said, don’t dismiss the film as a boring retread. Why Don’t You Just Die is a blast. A film doesn’t have to break new cinematic ground to entertain. Along with the blood, torture and mayhem, the film has a delicious streak of black humor running through it. It’s a blend of dark nihilism and Scandinavian absurdism. You’ll probably wince and laugh simultaneously. And as far as this twisted film critic is concerned, that can be a fun night at the theater. (Click here if you’re interested in reading my full review of the film.)

The Wind: Some places are tainted, cursed.  They are stained by past misdeeds that can’t be scrubbed clean, not even with the blood of the innocent.  This concept recurs throughout the horror genre, most notably in Stanley Kubrick’s adaptation of The Shining.  Writer Teresa Sutherland and director Emma Tammi effectively transplant this theme to the Western frontier of the late-1800s in their new film The Wind. This film does for the turn-of-the-20th-century West what Robert Eggers’ The Witch did for 1630’s New England.  And, yes, that is intended as the high praise it seems to be.  The Wind results from that perfect storm of lower-budget film-making when writing, directing, production design, sound design, cinematography and performances come together to make something truly memorable.  (And don’t forget the haunting and mournful score from Ben Lovett.)  This film proves that you don’t need millions of dollars to tell a story well. (Click here if you’re interested in reading my full review of the film.)

1 comment on “Notes From the Festival Circuit: Arrow Video FrightFest 2019”