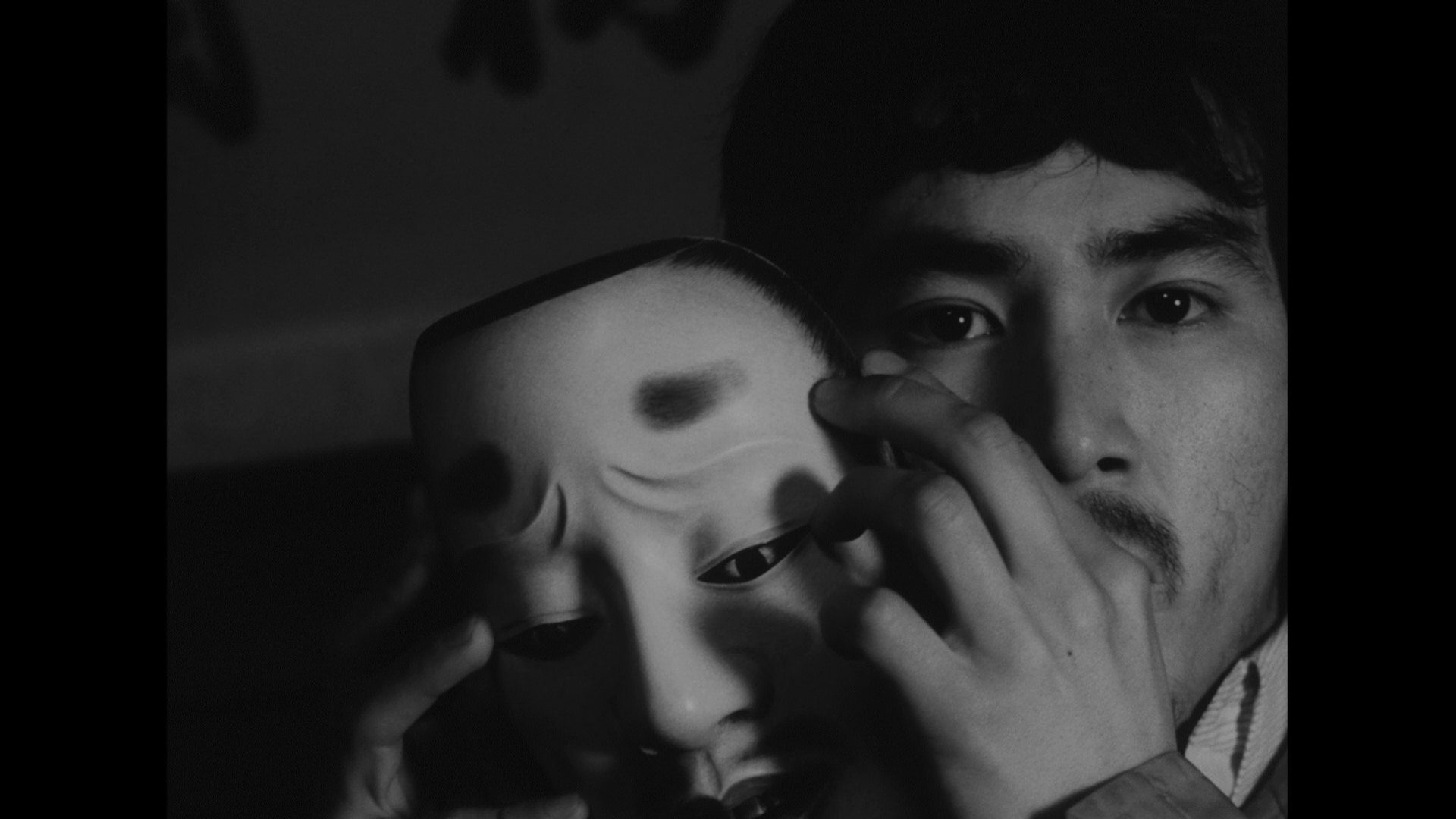 Arrow Academy’s long-awaited release of Japanese New Wave director Akio Jissôji’s The Buddhist Trilogy is finally here. And to appease viewers who have been waiting quite a while for this collection, they’ve also added a fourth title, It Was A Faint Dream (1974), as a bonus disc to accompany This Transient Life (1970), Mandara (1971) and Poem (1972).

Anyone who has been impatient to get their hands on these difficult-to-find titles will not be disappointed by the quality of the presentations.

Of the trilogy, both This Transient Life and Poem are in black and white, with Mandara being mainly in colour but including some images in black and white too. All three contain absolutely beautiful cinematography, whether it’s examining nature, architecture, or the faces of the characters in close up. Light and shade feature significantly, particularly in the black and white films, presenting some stunning images. There are even some scenes which are so dark it’s difficult to see what’s happening (deliberately), and here is where the soundscapes or soundtracks come into their own. They are all technically brilliant, and while there is often a hint of Nouvelle Vague about some of the shots, it’s still very much a Japanese production.

Individually, the three films form The Buddhist Trilogy in that they each examine Buddhist philosophy in the context of 1970s Japan – and each has its own controversial theme. This Transient Life centres on a wealthy brother and sister who do not wish to conform to family or society expectations. She has no wish to marry and settle down; he would prefer to become a sculptor rather than take over the family business. The incestuous relationship which develops from their shared isolation is indeed controversial, but the characters’ motivations are not gratuitous as far as the exploration of ideas of existentialism and pleasure are concerned.

For a film that is both controversial and makes gratuitous use of non-consensual sexual activity, look no further than Mandara. Jissôji addresses the “burden of religion” in modern day Japan through a cult who recruit through rape. While it contains some very interesting philosophical discussions on Utopia, religion, politics and freedom of sexual expression, it’s unfortunately couched in such terrible, abusive treatment of women that this writer found it to be more or less unwatchable. Except for the fact that, as stated above, the cinematography is dazzling.

The trilogy ends with a study of almost self-imposed slavery, and pokes around at the class system, and whether only poor people are able to have a moral conscience, as the rich are just too self-centred to care. It parallels an ambitious solicitor and his pious houseboy, each devoted to their path in life, and explores the lengths to which they are prepared to go to achieve their aims. Will faith be enough to overcome adversity and bring just rewards?

Speaking of adversity, it’s fair to say that women are not treated well at all in any of the three films. They have little agency, and are frequently slapped and assaulted by a variety of men. It may well be indicative of certain attitudes at the time in which the films were made, but it’s only right to warn in advance that sections of each of the films are difficult to watch for this reason.

Akio Jissôji: The Buddhist Trilogy is released on Blu-Ray on 19th August 2019 by Arrow Academy