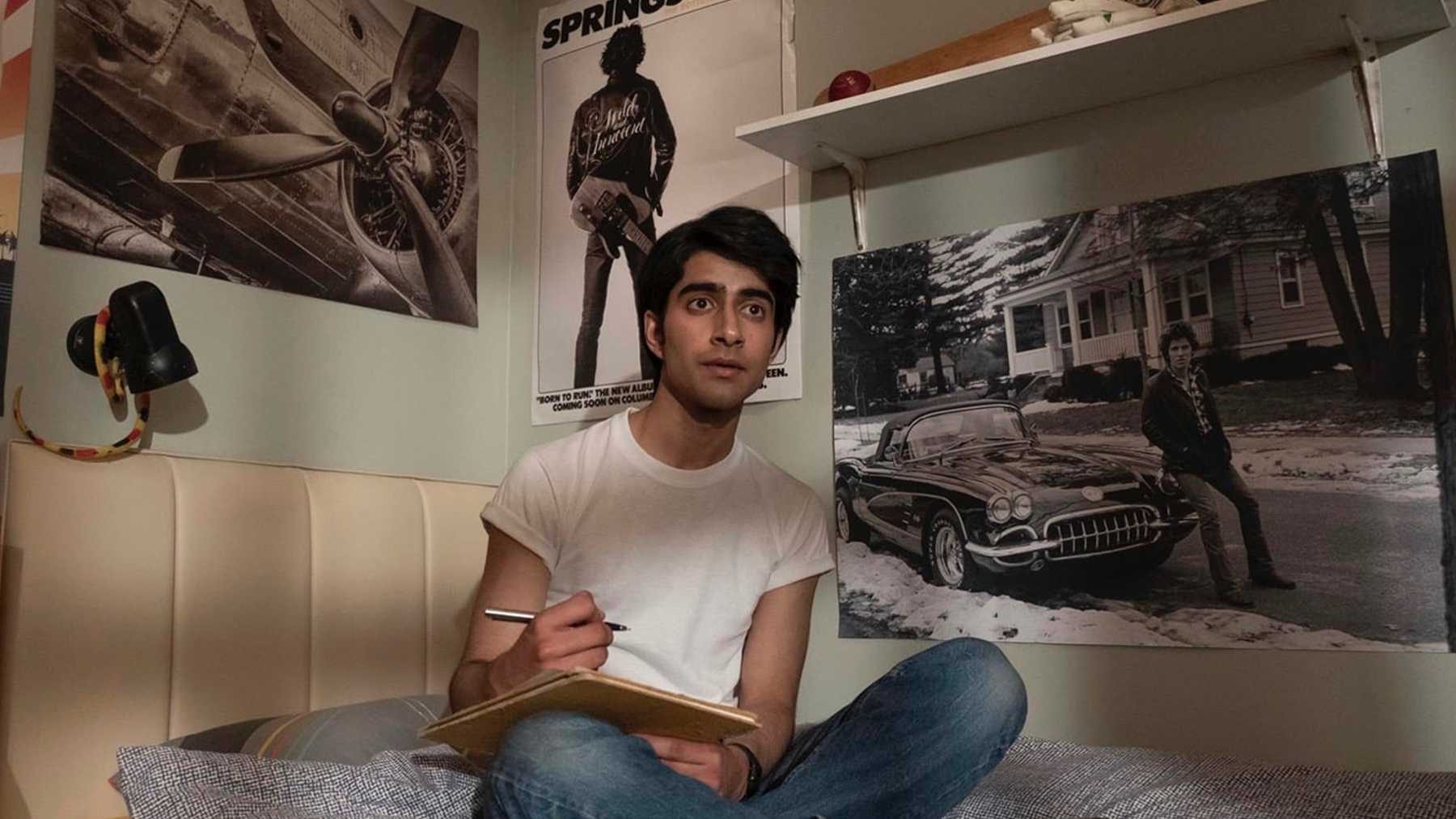 Move over Yesterday… you’ve got competition in the Juke-Box Musical Coming-of-Age Set in the UK genre.  Blinded by the Light is Director Gurinder Chadha’s companion piece to her neo-classic Bend it Like Beckham finds Chadha melding cultures; this time it’s Thacker Era Britain and Bruce Springsteen. Chadha’s tale of finding comfort, solace, and power in music is sure to resonant with many.

Javed (Viveik Kalra) is just like any other kid in 1987’s Britain; big dreams.  Though Javed is not like every teenager in Thacker Era Britain because he’s Pakistani during one of the most politically-charged and violent times of recent memory with the rise of the NF hate groups and Nationalistic buffoonery (look it up, you’ll see the awful parallels to another English Speaking country that’s not Britain).  Javed with few friends, a traditionalist father (Kulvinder Ghir) applying pressure on him, and few prospects in the small town he lives in.  His writing is the only thing to give him solace. That is until a chance meeting Roops (Aaron Phagura) a Skih with an undying love of The Boss.  This meeting leaves him with two cassettes.  Those cassettes Born in the USA and Darkness on the Edge of Town are lightning bolts (literal and figurative, you’ll have to see what I mean) to the young man when he needs it most. In Springsteen’s music Javed finds lyrics that speak to him and who he is.  No matter they are separated by country, nationality, religion and everything else… The music transcends everything for Javed.  It is the voice in the void, the guiding light.  Springsteen’s music becomes the anthem of Javed’s journey through friendship, first loves, parental issues, issues of race, and identity.

Earnest and sincere are the hardest of all tones to pull off in films.  Even Capra’s It’s a Wonderful Life, which perfectly balances the realities of life and the hopefulness of human decency is often mocked openly for its sincerity.  Blinded by the Light is able to pull off earnest and sincere in a way that recalls Cameron Crowe’s ode to youth and writing Almost Famous. The film based on the novel by Manzoor called Greetings from Bury Park: Race, Religion and Rock N’ Roll Gurinder and co-screenwriters Sarfraz Manzoor, Paul Mayeda Berges add in a mix of complexities that Crowe as a teen never faced with Racism and Hatred from all facets causing self-doubt in Javed that must be overcome.

Blinded by the Light is not for everyone but that is its strength.  By creating a unique point of view within the tired coming-of-age genre Gurinder’s film, like her previous, finds vitality and energy that only the best of the genre possess. Many will find a much-needed antidote to the bombast and dourness of Loud Summer Event Films.  Blinded by the Light is loud. Just in a different way. In the way that Springsteen’s music, and all Rock ‘n Roll, should be played; at the Spinal Tap 11.

Blinded by the Light is in theaters August 16th