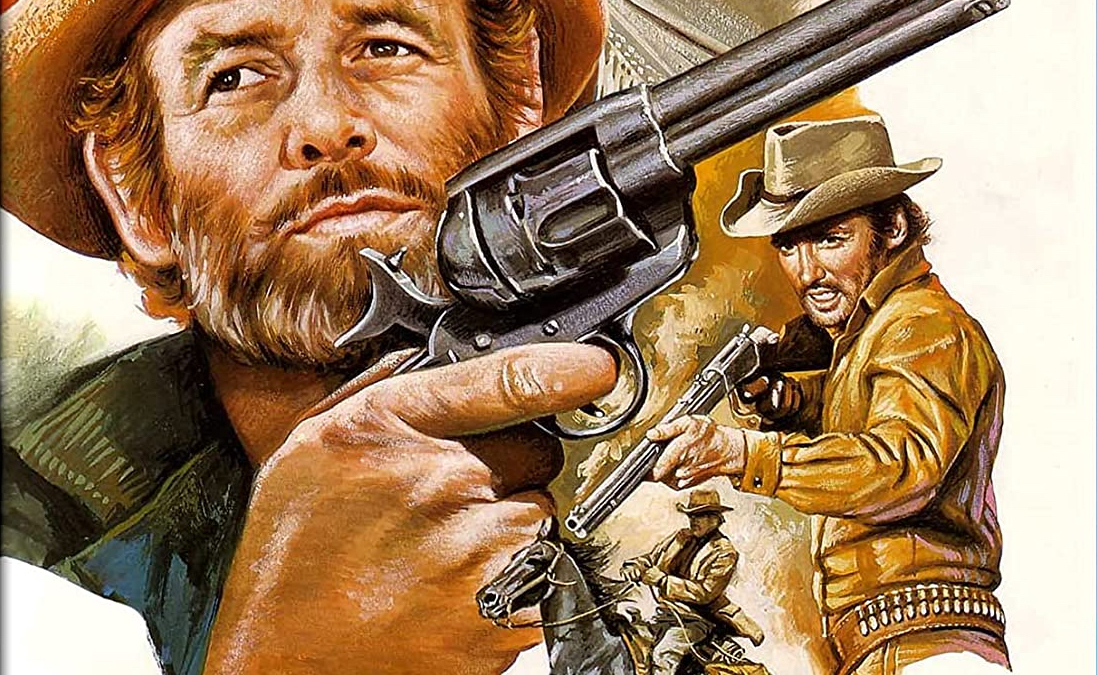 David Janssen is a long way from the wrongfully accused man searching for the one-armed man in the western Macho Callahan.  Kino Lorber brings this dark tale of vengeance to Blu-Ray.

Trigger Warning: This film does include a scene of rape.

Macho Callahan is the kind of film that toe’s a line here that people will either reject and hate or accept and find interest in.  Stars David Janssen and Jean Seberg star in this complicated and morally complex western.

Diego ‘Macho’ Callahan (Janssen) was tricked to enlist as Confederate Soldier, when he found how he had been bushwhacked he tried to desert.  Callahan along with other men who were tricked were sent to jail.  After a daring escape, Callahan has one thing on his mind: vengeance.  A little stop off at a quiet town to meet his gang ends in the murdering of a man (David Carradine) and a newlywed Widow (Seberg) looking for her own brand of vengeance. As the two face off in an ugly battle that engulfs now only the two but others, we see that trying to walk away from vengeance is almost impossible.

This isn’t a cool Italian Western steep in vengeance.  Macho Callahan, the character is a morally bankrupt character in a sea of morally bankrupt characters. The film itself is not morally corrupt as it is distant from its subject and tries to play everything with a coolly detached disposition.  The film is always at a distance as Callahan not only witnesses violence but perpetrates it as well.  One minute Callahan is killing confederate jailers and the next he’s killing a man for taking a champagne bottle.

Even when the dreaded scene of rape does come up it’s not shot in your typically exploited way, but the film still has the gall to take that moment and turn it inside out to some sort of damaged character love story.  This only contributes to notions that rape isn’t anything but a horrifyingly disgusting act of violence.  Maybe that’s the point of Macho Callahan as a whole.  Though one wouldn’t be too sure as the ending shootout is framed as two desperate “lovers” are pitted against a world that doesn’t understand and only wants money and violence.

The 4K Restoration from the Original Camera Negative is nothing short of stunning.  The film’s sharpness and color reproduction are beautifully reproduced on Blu-Ray.  There’s nary a scratch or blemish to be seen.  Impressive work done by Kino/Universal.

The newly recorded commentary track by Filmmaker Alex Cox is an informative track much like his ones for High Plains Drifter, Joe Kidd, Doc, and other Kino Discs.  Some of the details include the influence the Italian Western had on this film which was made in Mexico, a nice discussion of American Westerns were at the time that Macho Callahan was filmed, the long standing shadow of The Wild Bunch, get your pencils/pens ready because Cox gives a list of what he calls “neo westerns”, how the film got made by producer Joseph L. Levine, the career of Levine before producing Macho Callahan and how he started Avco Embassy, the career of director Bernard Kolwalski, digital blood vs. squibs, the career and performance of David Janssen, the career of Jean Seberg and the attacks by the FBI in the 1960s that essentially stopped her career, the actuality of gun fights in the real Old West, his personal and professional relationship with Armendáriz Jr, the reason why American directors went to Mexico to film (not because it was cheaper), the discussion of the rape in the film, his own experience with trying to rewrite a script that dealt with rape in a similar fashion, how the film deals with the relationship post-rape, the finale and how it’s very similar to Valdez is Coming, and so much more. Cox’s track makes the film much more interesting from an academic standpoint which could make one want to revisit it.