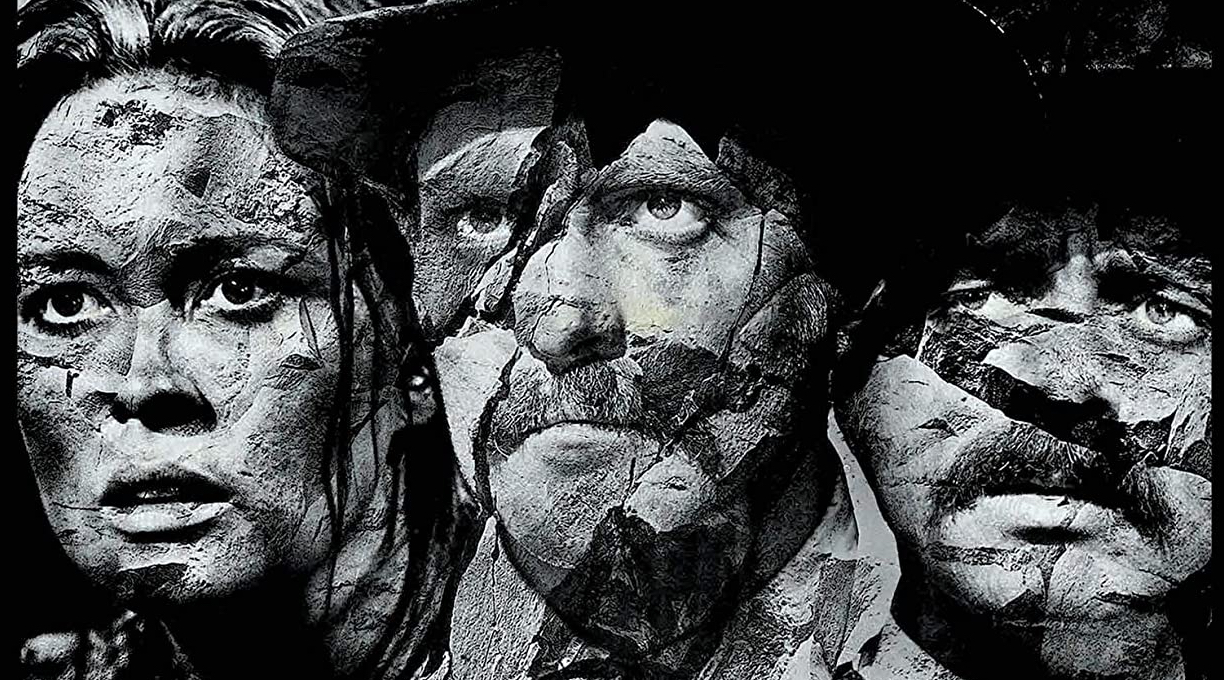 Doc is Frank Perry’s take on the principals of the Shootout at the OK Corral.  The results are an undiscovered gem, as with many of Perry’s work, that is ripe for rediscovery. New to Blu-Ray from Kino Lorber.

One of the many pleasures of deep-diving into films is your discovery of filmmakers you had no true understanding of.  One of those filmmakers is Frank Perry.  Doc finds Perry creating a brilliant western that is more McCabe and Mrs. Miller than The Wild Bunch.

Doc (Stacey Keach) is on his way to Tombstone when he manages to win Kate (Faye Dunaway) in a card game.  What transpires is a deep dive into their relationship and Doc’s being put into the middle of the fight between his friend Wyatt Earp (Harris Yulin) and Ike Clanton (Michael Witney).  Things are never as they appear nor are they truly black and white.  Doc finds kinship within the Clanton family as much as he does with the Earp’s.  Doc finds himself at odds with his friend Wyatt as he does with Clanton’s criminality.  All this leads to the infamous gunfight which does not happen as you would think.

The biggest surprise is the work done by Faye Dunaway.  Her masterful portrayal of Kate, Doc’s partner in life, eschews anything that has ever been said about the actress.  Earthy, unadorned, Dunaway is magnetic here, given a role that could have been a neat and tidy “the long-suffering woman” more.  There is something beautifully messy about the performance as Dunaway’s Kate is world-weary enough to not care about social norms.  Dunaway is vibrant and alive in a way that she never appeared to be allowed to be in other films where she was cast as a “steely icy blonde”.

Perry and screenwriter Pete Hamill eschew any of the troupe and cliches of not only the Doc Holiday and Wyatt Earp legend BUT most of Western films.  The story of John Holiday has been stripped away of its bluster and loquaciousness of the Doc character we are used to seeing in Westerns.  In this story, Holiday is a gambler but one in search of something he has no clue he wants.  Earp here isn’t the heroic legend, but a man driven by money and political power.  The way that the film rubs these friends against their ideals is the crux of the film.

Quietly the film builds the two men’s ideals that rub against one another, silently, wordlessly but not without any sort of reaction.  It is electric to watch Keach and Yulin play out their relationship through the course of the film.  Holiday and Earp are both friends and adversaries with their ideals at a certain point and their eventual teaming up for the final showdown.  The strongest aspect of the film is how this unfolds without comment by the duo or anyone else in the film.

As the film approaches the end and the famous gunfight nothing is as it unfolds in other westerns on the topic.  The shootout is neither heroic nor legendary.  It is quick, violent, sad, and tragic with no true victor.  This is what separates Doc from the other myth-making of other Holiday and Earp stories.  It has no want or desire to be a legend told or even a myth told.  The result is an uncommonly special film.

The Brand New 2K Master Kino Lorber has been provided by MGM is solid.  KL does a great job of giving this film its best foot forward.  The transfer a is sharp handsome image.

The newly recorded commentary by Filmmaker Alex. Cox is an informational delight.  The director begins by admitting that he has directed his own OK Corral film called Tombstone Rashomon.  Details include the film was made in Spain in 1970, the career of Frank Perry, the way the film was shot, the script development and screenwriter Pete Hamill based Wyatt Earp was based in part with his dealings with Lyndon Johnson following him as journalist on the campaign trail, the photography, the production design, the costume design, how they used Spanish locations (famous for many Italian westerns) to much success, the production during the summertime, the life of John “Doc” Holiday, the truths and lies of the legend of the Earp’s and Clanton’s fight, some of the films missteps, the building of the famous El Maria back lot in Spain (known as the El Paso set), the historical accounts of the various incidents of that play out in the film and other Doc Holiday and Wyatt Earp films, the way the film portrays Wyatt Earp, and much more.  Cox because of his own research of the matter and his knowledge of Westerns gives us an informative and deeply researched commentary.

Kino Lorber’s Blu-Ray of Doc is out March 23rd