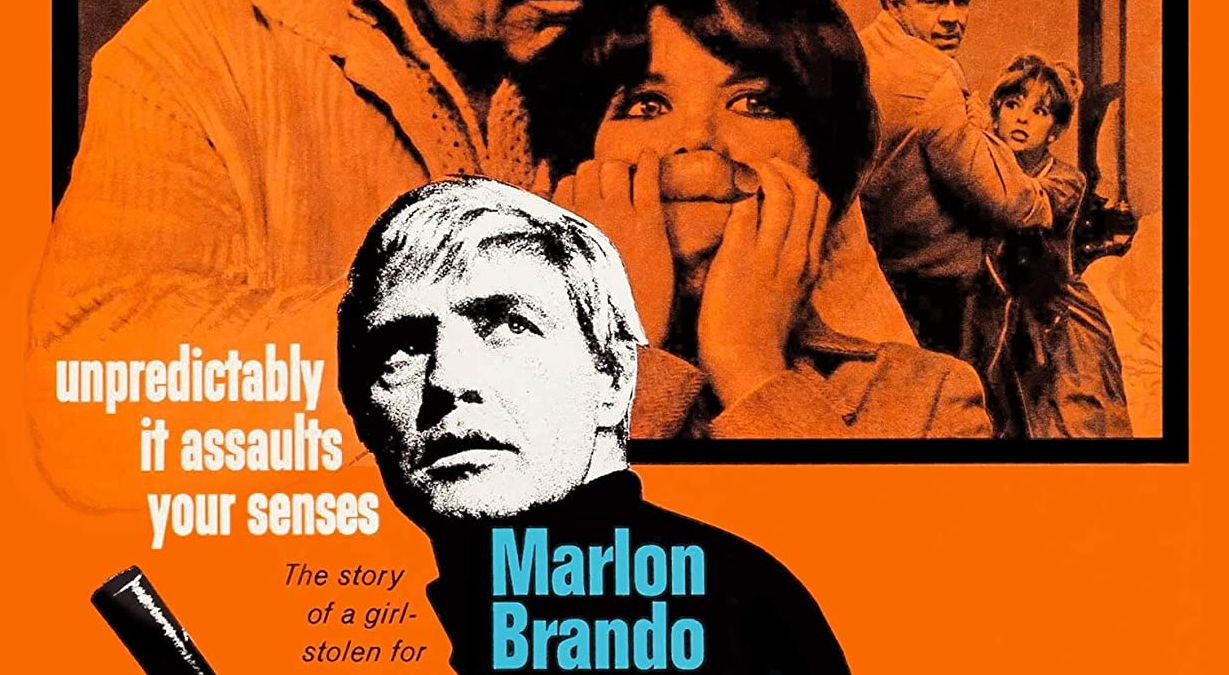 This lean and economical kidnapping thriller does everything that a subgenre crime thriller is to do.  That is take a perfect crime and turn it on its ear.

The daughter (Pamela Franklin) a wealthy businessman is on her way to Paris.  As she is picked up by a Chauffeur (Marlon Brando) who is not a Chauffeur at all but a group of criminals.  Their plan is simply to hold the daughter hostage until they are paid.  The problem isn’t getting away with the crime but the criminals themselves.  Leer (Richard Boone) is a rapist with one thing on his mind.  Vi (Rita Moreno) the drug-addicted girlfriend to Chauffeur.  The Chauffeur not having any courage to keep everyone in line smells a slow burn recipe for disaster.

This late 1960s kidnapping thriller is the type of film that will fascinate and thrill those willing to venture into the more bleak and esoteric end of the crime film genre.  Director/Co-Writer Hubert Cornfield makes a lean economical 90-minute film with a killer ending so obliquely perfect it almost shifts the genre the film sits in entirely.  The film’s stylistic choice to go with actions rather than dialog-heavy narrative gives the film a looser less rigid quality that crime films of the era are known for.

At the center of the film is Marlon Brando in the way that Brando is discussed by his most ardent fans.  Lean and mean, Brando is all method deep into this character that’s moral compass is stogy at best.  The Chauffeur is not some sort of anti-hero, both Cornfield’s script and Brando’s acting make sure of that. There’s a repugnant air to not only Brando but all the characters that make them both repellant and instantly charismatic and compelling.

Both Boone and Moreno do great with what they’re given adding to the milieu of the piece which is starkly bleak without being excessive.  The only actor stranded is Franklin as the kidnappee who seems almost mute and unable to do anything but scream in pain or horror.  Maybe that is the point but without any true agency or character Franklin as the Girl is stranded.

The Night of the Following Day could stand with the likes of Point Blank as the sort of harder uncompromising crime thriller that’s more adroit than anything of the era.  The film’s ending makes this crime thriller a level above even films that are better constructed and character-driven.  Though that’s the whole point of this self-contained terse thriller the bleak almost existential outlook of this cold film.

Universal has provided Kino Lorber a beautiful transfer.  The handsome sharp image reflects its 1960s cinematography.  The Blu-Ray does a wonderful job of reproducing an image that feels more like a beautiful 35mm print than a squeaky-clean updated image.

The newly recorded commentary track by historian Tim Lucas is an informative track.  Details include the characters being credited as archetypes rather than names, the opening credit sequences, the production locations, and production schedule, how the film was to be filmed in both French and English, the novel this is based on The Snatchers, the tenuous relationship between Brando and director Cornfield, the cast and their career and personal history, Lucas personal history with Pamela Franklin as an actress as Lucas was a child, Franklin’s career and her work and history, the casting of Moreno and her personal ties, sometimes tragic, Brando, the background of Brando’s documented behavior of and fights with Cornfield, Brando’s behind the scenes political and Hollywood career at the time, the lack of scenes between the female characters, the career and personal history of Cornfield, the lack of any narrative or character agency for Franklin’s character “the girl”, and much more.  Lucas’s detailed critique and knowledge of the production really helps make this commentary track a must listen as it’s both educational and entertaining for anyone who finds this fascinating.

The Archival Commentary track by the director and co-screenwriter Hubert Cornfield. Beginning with the fact that Stanley Kubrick wanted to make this his first feature but the reasons why that never happened.  Details include spoilers for the ending at the very beginning, how he adapted the film and changes that he made, how both Brando and Boone came onto the production, the casting of Pamela Franklin and Brando’s thoughts on the matter, the original script, and changes that were made, the casting of Moreno, the way that the actors worked with him, the trouble and antagonism between him and Brando, the complicated nature of how Boone almost took over the film as director, Brando’s unprofessional behavior, working with future Godfather co-star Al Letteri, attempting to get a lifetime subscription to the Herald Tribune, the final shot of the picture and what it took to get it, the problems with the director of photography Wily Kurant, the original ending that Brando attempted to force the producers to use (they didn’t), and more. It should be noted that there are long silences through the track, this is because Cornfield sounds like he’s pretty far advanced with some sort of respiratory medical condition.

TRAILERS FROM HELL with Joe Dante (3:45) – the micro-commentary that director Dante gives us is filled with information already given and a few pieces, not from the other commentaries.

The Night of the Following Day is a true gem of late 1960s crime thrillers.  Add in Kino Lorber providing two great commentaries and other extras…  High Recommendations.