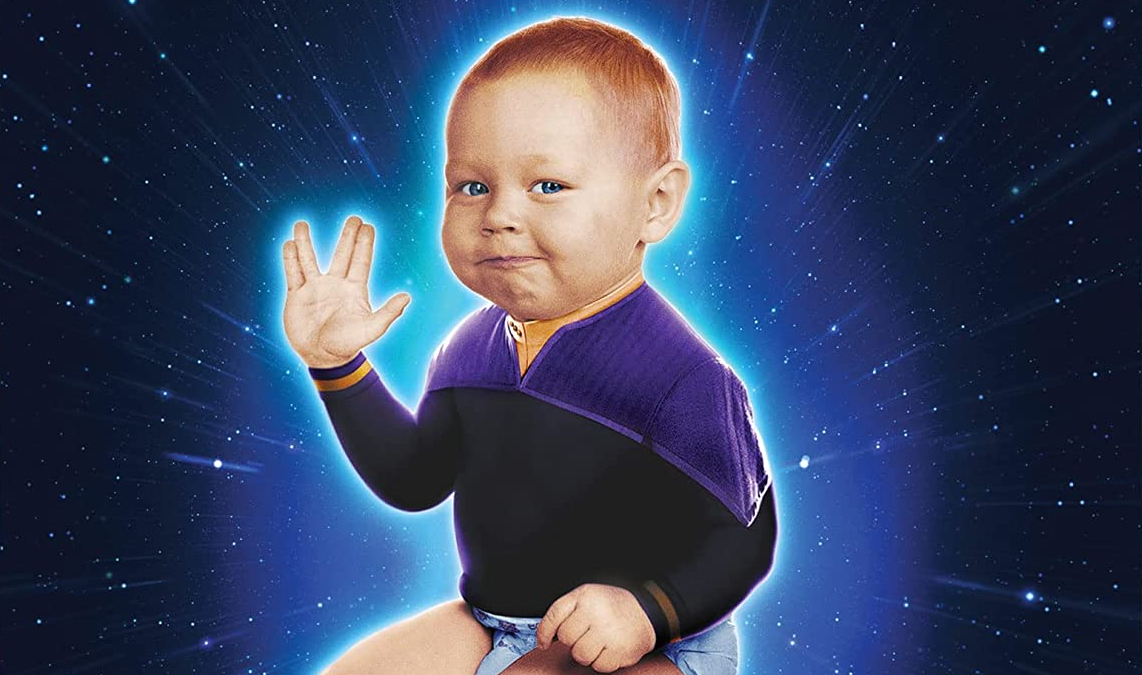 Trekkies is one of the best documentaries on fandom and Star Trek. Shout Factory has released a wonderful Blu-Ray edition of the doc for its 25th Anniversary.

Part of the beauty of Trekkies is that it never creates a situation that condescends or pokes fun at of its subjects. Director Roger Nygard and MC/Producer Denise Crosby’s look at the wonderful and unusual – at the time – of Star Trek fandom and conventions is as good a documentary about fandom, not just Star Trek, as they has been.

Nygard’s film looks at various fans or Trekkies for those that are uninitiated.  Giving us a brief history of the Convention scene and how it was formed.  The fandom and specific fans like Barbara Adams who was a juror who wore her Starfleet uniform during the Clinton/Whitewater Trial.  The film done with comments by not only fans but Luminaires of the franchise like William Shatner, Leonard Nimoy, Nichelle Nichols, George Takei, Jonathan Frakes, Brent Spiner, James Doohan, Deforest Kelly and others.  All fully invested and giving oftentimes emotional stories about how fandom and fans effected them.

Trekkies isn’t a critical or hard-hitting documentary.  Rather Nygard has created a portrait and entry way for those that do not understand or have never “got Star Trek”.  Though Trekkies also holds a strange way of how things would evolve into other strains of fandom like Anime, Marvel, and Star Wars.

Trekkies was beautifully shot on 16mm academy.  The documentary has been transferred wonderfully to Blu-Ray.  The handsome image is sharp with a beautiful grain structure that gives the look of a fresh 35mm print.

A Trek Back (20:05)– is an all-new featurette with Director Roger Nygard and Producer Denise Crosby looking at the Making-of Trekkies. The duo begins their discussion with how they met through Nygard’s first feature film that Crosby acted in and the genesis of the documentary.  Some of the details include how they first started the doc in LA at a Convention – almost a “proof of concept”, the production of the documentary over the course of 9-months at conventions across the country, the way they approached the subjects without judgment, how they got some of the most interesting fans to participate (via Newsgroups, Comment boards, et.al.), the look of the film and how they used 16mm and “short ends”, the festival tour the film went on, the bidding war that happened between Universal and Paramount, the theatrical guarantee they received, the additional footage shot post purchase, the release of the film, a great JJ Abrams story, and much more.  This is definitely a great accompaniment to the documentary.

Trekkies like Shout Factory’s previous Star Trek documentaries The Captains and What We Left Behind is an excellent package.  Recommended!!!