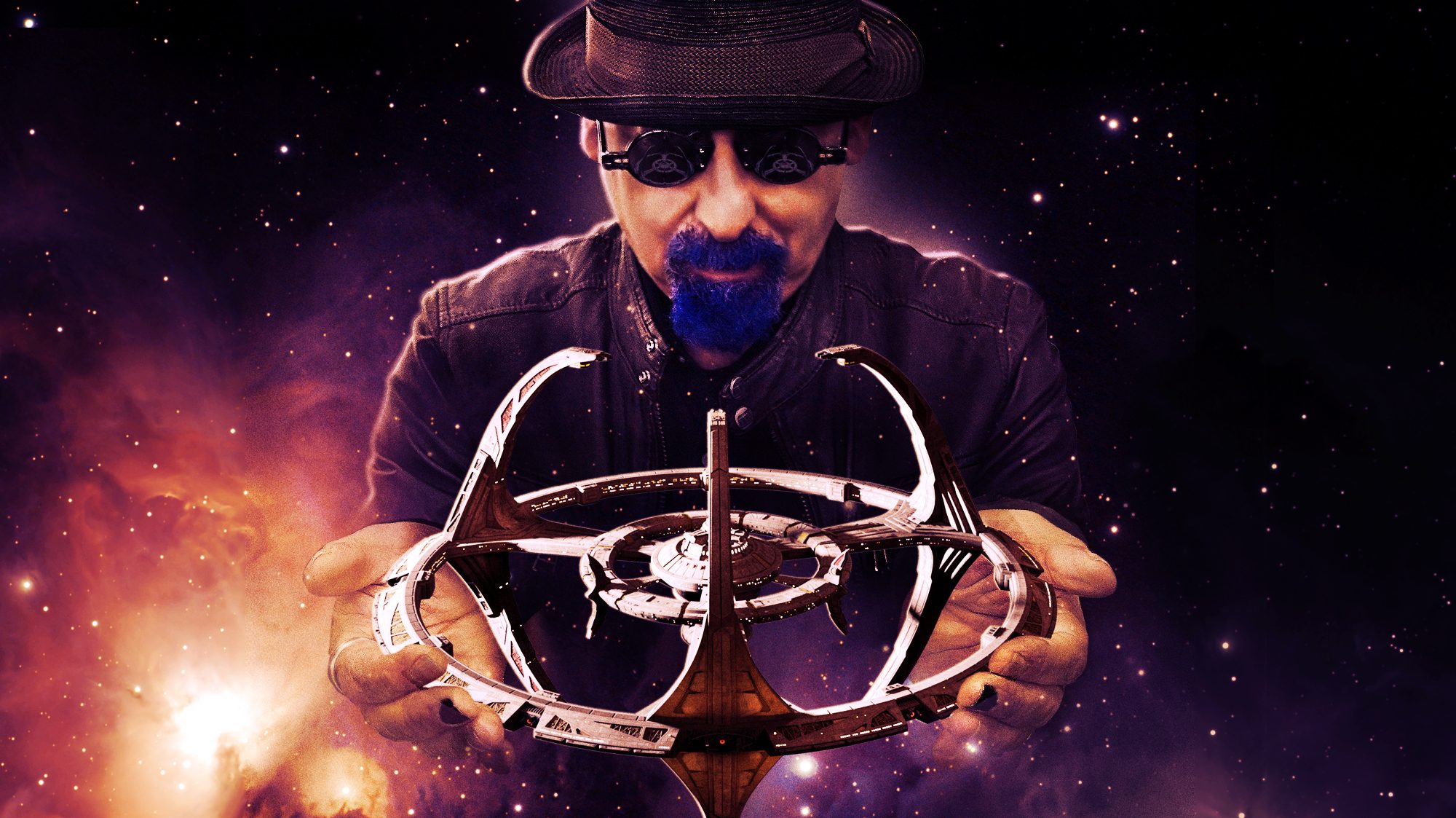 Adam heads into deep space territory with What We Left Behind a behind the scenes documentary about Star Trek Deep Space Nine. Shout Factory has gone all-out creating this special edition

I will direct everyone to Marie’s much more enlightening and critical review of this entertaining Documentary right here.   I will disagree with her in one respect.  I think that this documentary actually could make people want to see DS9 because of how passionately the creators, the cast, and the crew discuss the work they did during the Seven Seasons of the show.  So, no prior knowledge necessary for this one.

I will say that the documentary did remind me that I need to do another rewatch of this very different style Star Trek series.  I always claim Benjamin Sisko as one of the Top Three Favorite Captains of the Star Trek Universe.  Though I have only been through the series 1.5 times (the half is the half of the series I watched during its initial run) though I have been through each at least twice, including VOYAGER (thanks Marie for the recommendation back in 2018… it was much better than I remembered and now, I’m ready for PICARD!!!).

What We Left Behind is the perfect summation of just why there are so many passionate and articulate Star Trek: DS9 fans.  The documentary makes a compelling argument for the forgotten Star Trek series as a forefather to not just appointment television but peak television like Game of Thrones and Breaking Bad because of its commitment to intelligent storytelling.  The largest compliment made about the documentary is that it will make new fans of the series.

The transfer is as one would expect for a modern film spot-on perfect.  No defects or issues to speak of.  Many fans will be happy that the footage they have gotten from CBS from Star Trek is the remaster HD footage so everything stays pretty consistent from beginning to end.

An Intro from Ira – is an almost 2-minute long introduction to the special features. A brief explanation of how during the editing process things had once been in had to be removed.

Star Trek: Deep Space Nine – A Brief History is a 3-minute long basic introduction of how DS9 came to be. Narrated by “professor” John Putnam this very tongue-in-cheek featurette succinctly gives us the who’s, the how’s and the why’s of DS9 and its eventual production. Some of the tidbits include the wanting the lead to be a person of color, the invention of the Dominion, and looks for a hilarious Cameo literally “taking notes” as a student.

Deleted Scenes – include 17-excised moments or scenes. You have the option to PLAY ALL with a total time of 47-minutes. The scenes include:

I will not ruin much for the true Trekkers but I will say this much. The best scenes are Our Friends Behind the Camera, Family Tensions, and One Last Punch. Our Friends Behind the Camera is great as it spotlights the crew and what they do. People like the Unit Production Manager, Supervising Producer, and Assistant Director. Family Tension is all about the terse relationship between Avery Brooks and René Auberjonois. It’s great because it’s unfiltered and honest about people that deal with emotions day in and day out as a profession. One Last Punch is dealing with the last stunt on the last day of DS9 between Avery Brooks and Marc Alaimo. Which ends with a very humorous anecdote to what could have been an explosive situation.

Filmmaker HD Discussion which is a 15-minute round table hosted by DS9 Showrunner (and doc Director) Ira Steven Behr along with producers Dave Zappone, Luke Snailham, Joseph Kornbroot that talks specifically about the beautiful HD remaster. It’s a lot of fun and discusses the hardship in making this particular making-of documentary and how they actually got the HD remastering of the DS9 Footage came about. This is the most curious for DS9 Footage came about. What started as 5-minutes turned out to be 20-minutes. It’s highly technical and extremely interesting. It may be the best special feature on the disc.

More From The Fans is a 12-minute featurette that is more Footage from the fan portion of the film. Some great anecdotes include fans meeting Alexander Siddig at TIFF, some great tech issues and bloopers, some emotional moments, and more.

Behind the Scenes Variety Photoshoot is 2-minutes of Footage and photos presented over music.

Rounding out the special features on this disc is a theatrical trailer.

A Round Table Look at The Making of the Documentary is a 54-minutes hosted by DS9 Showrunner (and doc Director) Ira Steven Behr along with producers Dave Zappone, Luke Snailham, Joseph Kornbroot. It’s an extension of the HD Conversation on Disc One. As this is the Limited Edition content that you get with the purchase of the Special Edition I will be very limited on my thoughts. I will say this much. Whoever purchased 1 of 1500 this hour-long featurette that discusses with a lot of honesty how tough it was to make the documentary is well worth it.

A Musical Reunion is a 10-minute interview between composers Kevin Kiner and Dennis McCarthy. The two worked on DS9 and other Trek TV Series.

What We Left Behind: Looking Back at Star Trek: Deep Space Nine may be intended for “fans-only” but a novice may find themselves intrigued by how much passion and intelligence the cast, crew and fans of Deep Space Nine have for the series. Recommended.

Shout Factory’s Blu-Ray of What We Left Behind: Looking Back at Star Trek: Deep Space Nine is out now