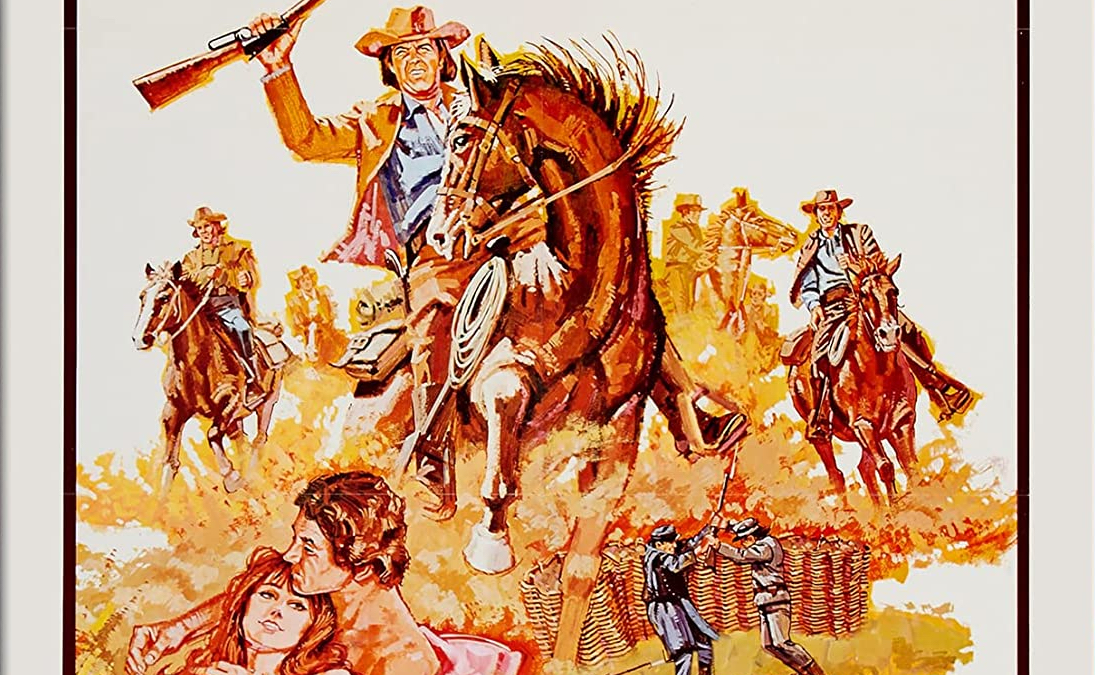 The most entertaining aspect of Journey to Shiloh is watching the young actors who would become Super Stars work their way through this Universal Programmer.  Don’t look too closely at the Civil War tale of coming of age and deserting the army as the moral compass gets a bit murky in the well-intentioned western.

The Concho County Comanches are a young “idealistic” gang led by Buck (James Caan) who make their way from Texas to Shiloh, Tennessee.  They’re doing their duty to join the ranks against the North.  Imagine their surprise when they find human pieces of flaming garbage after flaming bits of garbage from Texas to Louisiana to finally Tennessee.  Kid by kid they die until only Buck and his last friend remain.  Seeing the errors of their ways (not that the war was wrong, but they didn’t want to die) Buck deserts the Confederates.

This semi-progressive programmer is a thinly veiled attempt at catching the Anti-Vietnam audience … who love westerns?  It is a confusing film as it never really gives you a hard angle on things like slavery, racism, the violence of war.  It glosses it over with a “we know this happened”.  It wouldn’t be so bad if there are wild tonal shifts sometimes within the same section.

The script by Gene L Coon adapted from a novel by Will Henry (in 1960, not 1860 but 1960!) at least frames the Confederacy as a bunch of mean bullies that didn’t have the foresight or understanding of simple combat to win anything.  The direction by William Hale is definitely of the TV style of direction.  There’s a utilitarian style of direction that gets the job done but nothing of note that can elevate this film beyond its genre and studio trappings.

Journey to Shiloh is more curiosity than an actual undiscovered gem of a late 1960s programmer.

The Brand New 2K Master provided by Universal is a solid all-around upgrade.  The sharp handsome image is a good representation of that Universal “look” of the late 1960s Technicolor film and backlot/ranch shot programmer.  That isn’t a dig, as the transfer has nary a blemish or scratch on it. Good color reproduction and film grain give the transfer a filmic look that doesn’t seem to be washed clean from DNR.

The all-new commentary by Critic Simon Abrams is an informative track about this forgotten western.  Some of the details include the opening and theme song, the development of the adaptation of the source material, the work of screenwriter and Star Trek writer Gene Coon, James Caan’s displeasure at being cast (because he was under contract at Universal) and what he did because he was without any options, the social issues that are washed over about a film about Confederate Soldiers not just about slavery, a comparison to The Great Silence, the fact that the Western had never disappeared though many have claimed they did not, the growing pains around westerns during this time, comparisons to the novel and the film, the wildly inconsistent tonal shifts, Harrison Ford’s early career as a contract player moving from Columbia to Universal including other work in film and TV, Ford auditioning for Midnight Cowboy, the work of composer David Yates (who was the lead singer of the band Bread which wasn’t formed at this point), the real life figure General Baxton Bragg, the early career of Jan Michael Vincent during his time at Universal under contract, the stock footage they use for the actual Battle of Shiloh, and much more.  Abrams does a great job of giving us both historical context within the true-life battle and time and the actual production along with some great quotes from various sources.

Interview with Actor Don Stroud (5:55) – an all-new interview with Stroud who begins with a great story about Sidney Poitier gave him his start.  Other details include how he never went to acting school, an offer from Lee Strassberg and Shelly Winters to come to New York City, being under contract at Universal, almost being cast in Midnight Cowboy, and more.

Journey to Shiloh is an oddity of the late 1960s Westerns.  Kino Lorber has added some great special features to the package.