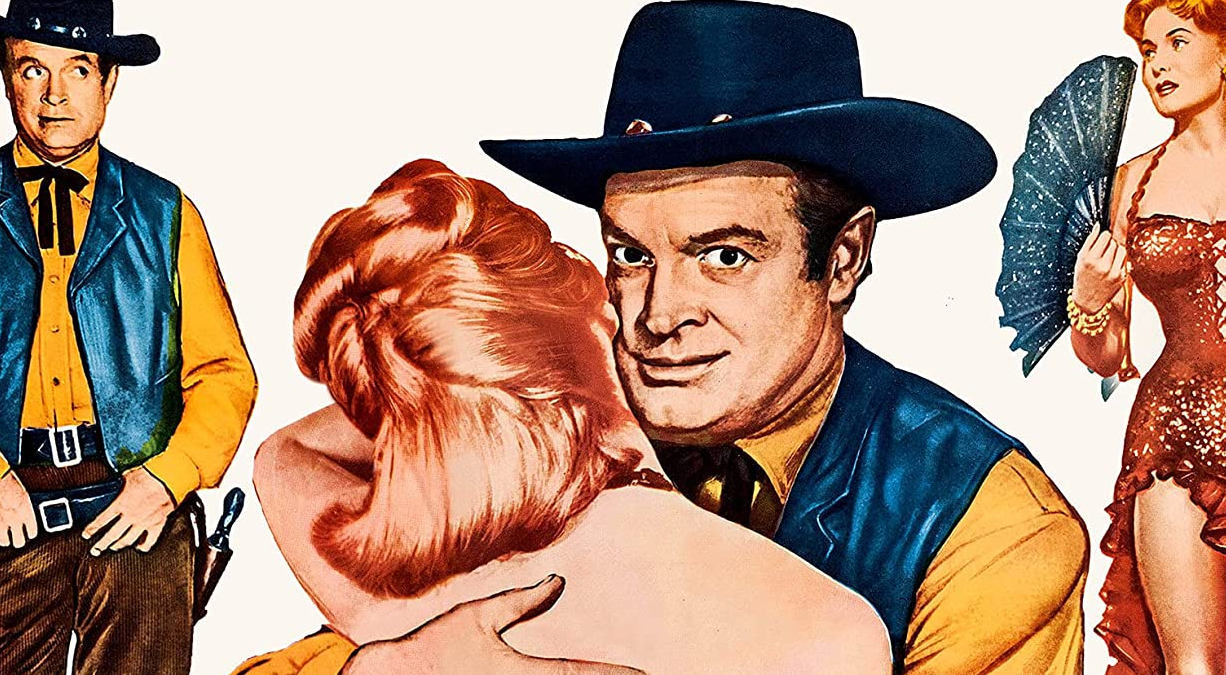 Bob Hope was a cottage industry in comedy.  Alias Jesse James shows how they can take Hope’s “city” antics and place them in the wild west facing off against the legendary outlaw to much comedic effect.

Milford Farnsworth (Hope) is an insurance salesman on the brink of being fired.  He’s sent off west in search of a big policy.  No sooner than he steps off the train and into a bar does he catch the whale of all whales; a $100,000 policy!  The only hitch is that the policy is for Jesse James (Wendell Corey) for every conceivable injury and death.  Farnsworth is given three days to get the policy back and give Jesse his money.  Jesse and his gang have other plans for Farnsworth and the insurance policy.

Part of the fun and delight of this 90-minute piece of comedy is that it plays perfectly to Hope’s specific comedic gifts.  The timing and situations that writers William Bowers and Daniel B Beauchamps get Farnsworth into are always spot on.  Even if one does not care for Hope’s comedic style, one has to truly appreciate how the comedian wrote the book on Superstar Comedy Vehicles decades before Jim Carey became a one-man show.

Classic Hollywood Fans will no doubt howl with laughter in the third act with the series of cameos that help Hope in the final gunfight.  The moment is a proto-Anchorman cameo for comedic effect of a who’s who of Western Stars (and a few extras for good measure).  Even if you’re not familiar with them it’s a hilarious conceit.  In fact, that’s part of the charm of Alias Jesse James.  There isn’t anything in the runtime that doesn’t translate to a modern audience or at the very least an audience willing to take a chance.

Kino Lorber’s transfer for this Technicolor shot Western is marvelous.  The image is sharp but retains the beautiful grain structure that can sometimes be wiped out in newer transfers for older movies.  The color reproduction is like candy … it Pops on screen.  All around a great handsome image.

Kino Lorber continues their great work in releasing the Bob Hope comedies with the best picture that Blu-Ray can offer.  Recommended!!!