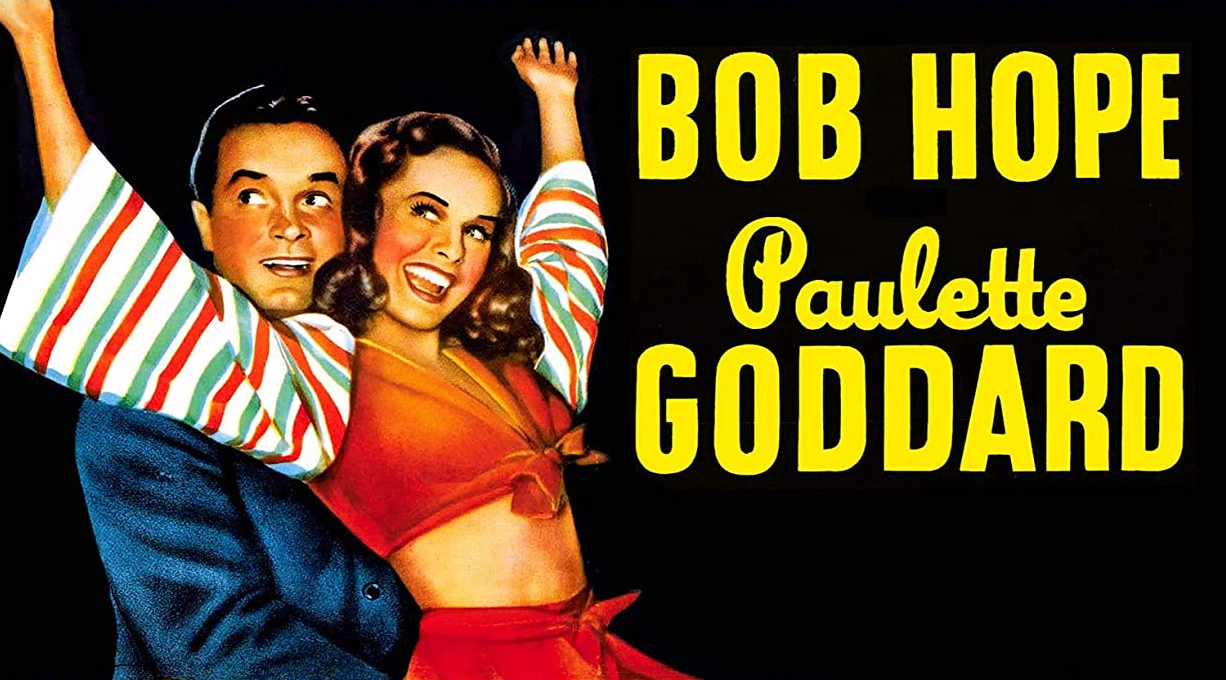 Jim Carey Liar Liar you say?  Bob Hope’s charm and wit are on 11 as a Stockbroker who’s made a bet he can’t lie for 24 hours.  Nothing but the Truth is new to Blu-Ray thanks to Kino Lorber.

Bob Hope is berated and stressed out and it’s hilarious!  My Favorite Blonde teams Hope with the Paulette Goddard (their third film together) to much success.

Steve Bennett (Hope) is on his way to Miami for a new position as a Stockbroker from the Rich (and huge asshole) TT Ralston (Edward Arnold).  No sooner than he’s got his office setup as he’s in cahoots with the beautiful and crafty Gwen Saunders (Goddard).  With $20,000 in cash and needing to double it he makes a bet with Ralston and equally hateworthy dipshits appropriately named Dick Donnelly (Glenn Anders) and Tom van Deusen (Leif Erickson).  The bet: they follow him around for 24 hours to ensure he doesn’t tell a lie.  Of course, everything goes to hell in a handbasket (in the best way possible) as they force Bennett on a yacht for an overnight party of sorts.

The film had been a book, a play, and another movie before Hope made his iteration.  The film’s premise, setup, and execution are Screw Ball Comedy to their core.  Complete with an in and out of bedroom romp in the second act.  Part of the charm of the entire piece is just how to put out Hope’s character is at the hands of the three villains of the piece.  The script and direction are acceptable, but it’s Hope’s million-dollar charm that keeps the film afloat.

Every set piece is designed around Hope’s comedic talents and timing.  Like the best of Screw Ball Comedies, the film is centered around longer scenes that build and build until the best moments.  The film is helped by the fact that Goddard is an equally adept comedian, and she is there for the best of those moments.  Their rapid-fire delivery and chemistry together on screen are the highlight of the film.

Nothing but the Truth is an unexpected delight of a Screwball Comedy.  One of Bob Hope’s best films.

The Brand New 2K Master is another winner from Kino Lorber.  The black and white photography is glowing.  The grain structure and sharpness make this one a winner.

Details included the adaptations of the Book into the Play and eventually into the movie, the casting of Willie Best as Hope’s straight man and his career, Paulette Goddard and her teaming up with Hope in this and other films, The Cat and Canary’s success that led to this film, the troubling nature of the comedy at the expense of Best, Hope’s personality versus his screen persona, Goddard’s career pre and post Nothing but the Truth, critics thoughts on Hope and his films at the Time, the visual style and direction of the film and how it fits into the adaptation, the comedic centerpiece which is the dinner table scene, great unintentionally hilarious quotes from the book that is based on, a detailed review of Willie Best on the racist comedy of the era, Goddard’s feelings about Hope off-screen, a Time article that’s fascinating to see what is and isn’t said about Hope, and much more.  Abrams’s rapid-fire delivery gives us a great wealth of information about not only the film but Star Hope, Goddard, the milieu of the time and gets in some great well-researched quotes.

KLSC Bob Hope Promo (4:18) – A series of clips from various different Hope that KL Studio Classics is or has released; My Favorite Burnette, Road to Rio, Lemon Drop Kid, Road to Bali, Son of Paleface. Note that each appears to have been wonderfully restored giving us a taste of what’s in store for you if one decides to jump into the Hope Filmography.

Nothing But the Truth should appeal to not only Classic Film Fans but Comedy Fans too as it’s the basis for Carey’s Liar Liar and so many other high concept Comedies.  Kino Lorber has done a marvelous job in giving us a beautiful picture and thoughtful extras.  Recommended!!