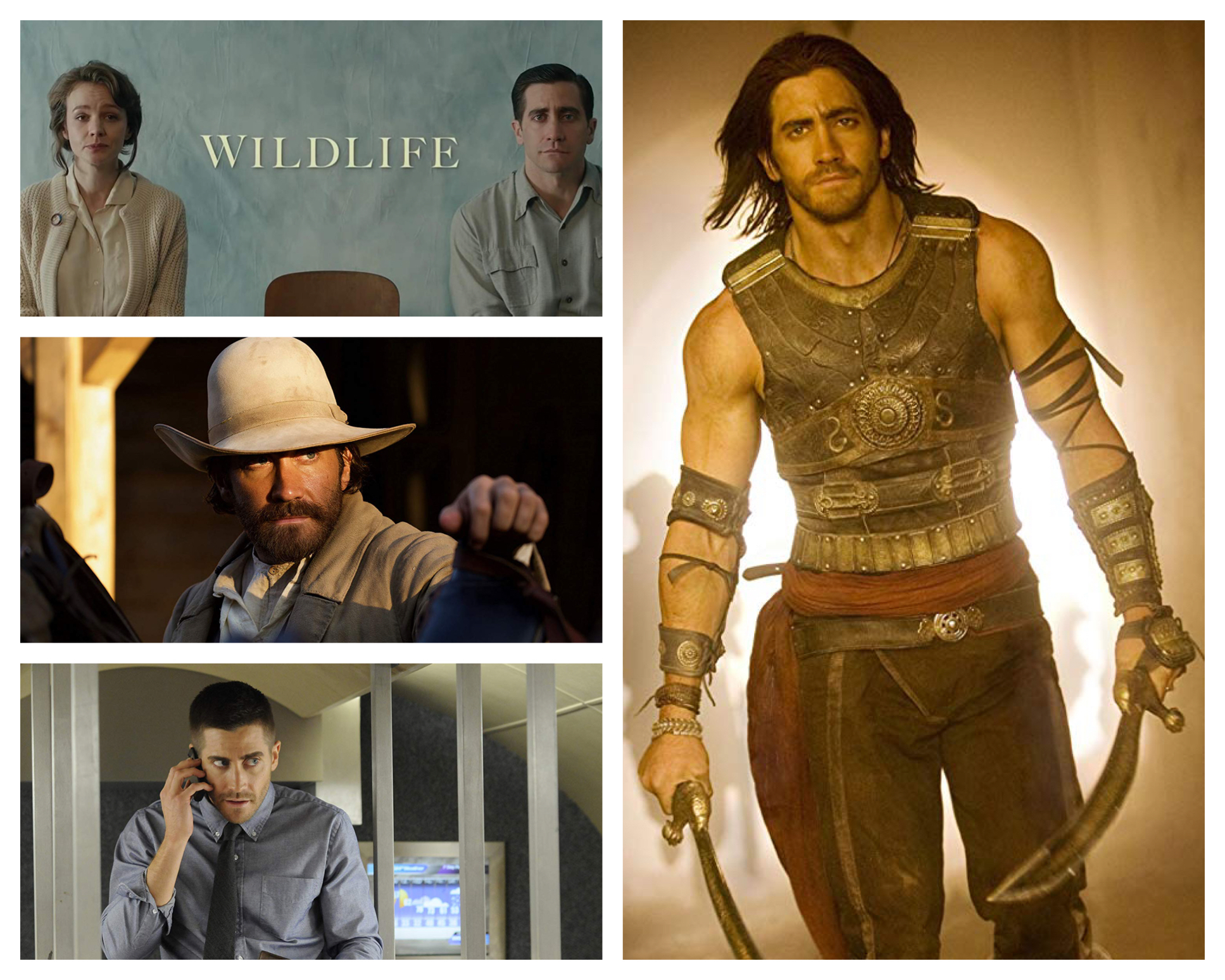 It’s time for part three of The Jake Effect, and we’ve reached that selection of films that Marie likes a lot, even if they’re not quite perfect.

In the past few posts I’ve sorted through some bad films, and some which just didn’t appeal to me – but today we’re stepping up to ones which I like. Some of the films in this section are actually very good, or at least highly individual, and definitely worth a look.  They’ve not quite made it to my top shelf of Gyllenhaal’s work but all have something interesting about them one way or another which make them stand out. All of them (yes, all of them) have good performances from Gyllenhaal.

Based on a true story of a miner’s son who triumphs over circumstances to literally become a rocket scientist, this is Gyllenhaal’s first lead movie role. It’s a pleasant enough film, even if a bit predictable plot-wise, but Jake does a great job and the presence of Chris Cooper as his grumpy father, and the relationship they have on-screen, is a winner for me.

Western capitalism eating itself is a theme that lends itself very well to Bong Joon-ho’s idiosyncratic style, and there are elements of Okja that seemed to genuinely have touched certain audiences when it was first released. As a vegetarian for most of my adult life, I was already on-board with the message and could have done with even a little more darkness. I like but don’t love this movie, and I think Tilda overplays where most of the other cast don’t; but I do think this is one of Gyllenhaal’s top performances, way better than the film as a whole. Honestly, I do.

The ‘found footage’ element falls apart as there are so many scenes where it’s just so improbable or even impossible that it took my attention away. But the storyline is compelling, and the bromance between Gyllenhaal and Peña is easily one of the best screen pairings in ages.

Yes it’s stupid, and it has all kinds of issues with whitewashing, and it failed miserably at the box office, but I don’t care.  It’s one of those daft films I will put on if I need cheering up. Don’t @ me. (Listen to myself and The Movie Isle’s Adam talk about this film on The B-Movie Podcast).

Casting Jake Gyllenhaal and Tobey Maguire as brothers was inspired, and yet obvious. The two bear a general resemblance, certainly enough to play on-screen siblings. When Maguire’s Sam is presumed dead while on active service, brother Tommy (Gyllenhaal) steps in to look after the family. Of course domestic mayhem ensues, with Gyllenhaal as the troubled brother who can’t ever live up to the favoured son legacy of a dead man. The Movie Isle’s own Adam and myself discussed Brothers at length on The B-Movie Podcast last year.

Gyllenhaal’s character is confused at the beginning, and becomes more confident as he understands what is happening.  At around an hour and a half, Source Code rolls along at a good pace so that the 8 minute repetitions don’t become boring. Gyllenhaal is at his best in an emotional telephone call with his father.

To be honest this film is more than OK, but it just doesn’t belong in my final group of Gyllenhaal movies, which (as you’ll see next time) are all just a little bit special. Stronger is not your usual ‘true story about overcoming adversity’ narrative; it’s a lot more interesting than that due to Jeff Bauman’s struggles to deal with physical recovery, ignoring of PTSD symptoms, pressures from family, friends and the city to be a role model – and he simply isn’t ready. Apart from the trauma that he suffered, Jeff is one of those men who still has a lot of emotional growing up to do. Gyllenhaal embodies all of this extremely well – but looks very strange with brown eyes for some reason.

A 14-year-old boy discovers to his discomfort that his parents are people in their own right, and are flawed individuals. We see the disintegration of the family through his eyes, a skilful piece of work for Dano’s directorial debut. From a Gyllenhaal perspective, although he’s absent for huge chunks of the narrative, when he’s present he is magnetic, embodying pride and insecurity with a movement of the mouth or a flicker of the eyes.

A film that has its major strengths in the character pairings. While the plot is minimal, the relationships are intriguing and when all four actors are together, it’s magnetic. I really like this as an exploration of “what it means to be a man” much more than other western genre films I could mention. Gyllenhaal is particularly good in his second on-screen collaboration with Riz Ahmed (after Nightcrawler).

Next time out on The Jake Effect, I’ll be revealing my top Gyllenhaal films in an order that may not quite be what you expect!