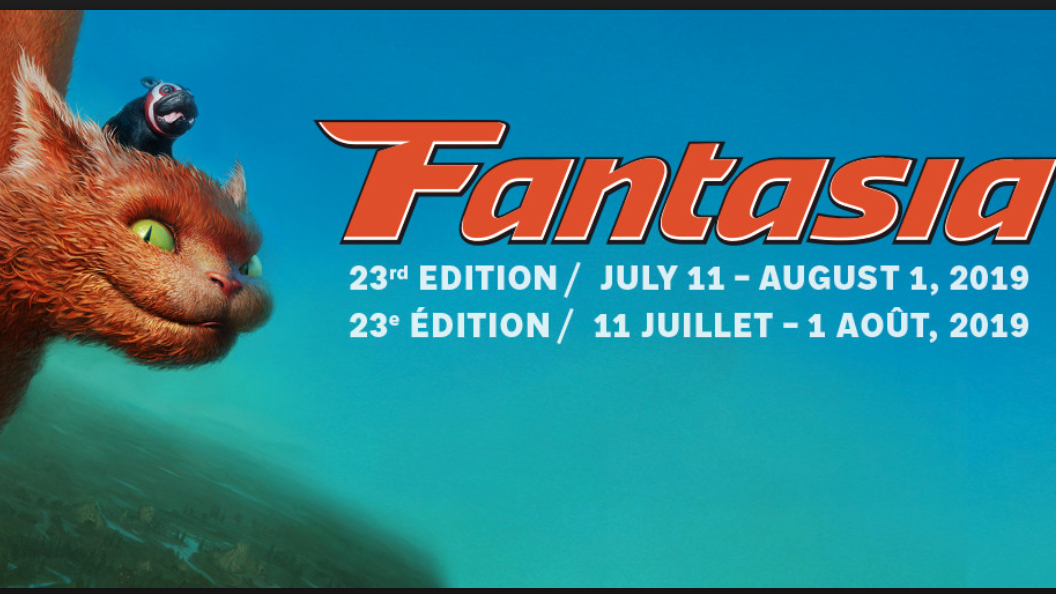 Larry Fessenden’s Depraved is one of the many films playing this year’s Fest.

So what’s better than a weekend genre film festival? A festival that lasts a week. And what’s even better than that? A genre festival that lasts just over three weeks. Get the idea? While quantity can certainly be undone by poor quality, the Fantasia International Film Festival manages to be the best of both worlds — a genre film festival that runs 22 days (July 11th through August 1st) with curation that includes the soon-to-be commercial hits (Ready or Not) along with the deep cuts and the obscure.

When I attend festivals, I tend to look for the diamonds in the rough, the gems that are waiting to be found by wider audiences. When I attended The Overlook Festival in New Orleans, I saw The Dead Don’t Die and The Lodge because I lost my sense of self-control and gave into the hype. Those films will be readily available for the remainder of 2019, but I couldn’t resist the need to be part of the conversation and see them for myself before their international release dates. However, the real “finds” of the festival were The Vast of Night, Z and Depraved (which is playing Fantasia 2019 as well).

So, for my fellow deep divers, the true cinematic spelunkers out there, Fantasia International Film Festival looks like a treasure trove waiting to be discovered during these three weeks in July (and one day in August). Here are some of the festival titles you should catch north of the border:

Astronaut: Writer/director Shelagh McLeod’s feature film debut stars Richard Dreyfuss as a widower who is battling his family, his health and time itself to win a trip into outer space. I’m a huge Dreyfuss fan (Jaws, The Goodbye Girl, Who’s Life Is It Anyway?), and I have high hopes that this isn’t a “look at the cute little old man in space” film. The premise could provide for an interesting meditation on aging, our societal tendency to infantilize the elderly and the fact that none of us stops dreaming regardless of how old we may become.

Blood on Her Name: This indie crime film stars Bethany Anne Lind, Will Patton, and Elizabeth Rohm in a tale of a woman who makes a panicked decision to cover up an accidental killing and wrestles with her need to return the dead man’s body to his family. I love a dark, indie neo-noir, and this film might just fit the bill.

Depraved: Larry Fessenden is a lo-fi master of horror. Regardless of budget constraints, his atmospheric films drip with dread and tension. His layered narratives feature strong characters and plenty of social commentary. He’s addressed substance abuse (Habit), the pillaging of the environment (The Last Winter) and other issues. Depraved is Fessenden’s update of the Frankenstein story and explores identity, love and memory in the process. It was a favorite of mine at The Overlook Film Festival, and now the Fantasia audience will get to savor its pleasures.

Dreamland: Bruce McDonald (Pontypool) directs this dark horror comedy in which a crime boss hires a hitman to bring him the finger of a drug-addicted jazz legend whose star is fading fast. Did I mention that Stephen McHattie (Come to Daddy) plays a vampiric-looking jazz trumpeter? That’s reason enough to check this one out. Maybe working with Ethan Hawke on the 2015 film Born to Be Blue rubbed off on him.

8: Ever since I caught Five Fingers for Marseilles at Fantastic Fest 2017, the genre cinema of South Africa has remained on my radar. 8 from writer/director Harold Holscher is a look at an old man who’s fated to collect souls for all eternity and finds himself seeking atonement after trading his daughter’s soul. In his June 26, 2019 article for Deadline, Geoff Boucher called the film “a nightmarish plunge into the little-known corners of South African folklore”. Sounds like my kind of jam.

A Good Woman is Hard to Find: Sarah Bolger plays a widowed young mother who will go to any lengths to protect her children as she searches for the truth behind her husband’s murder. Abner Pastoll (writer and director of 2016’s Road Games) is behind the camera for this crime thriller. I’m curious to see where he goes with this material.

It Comes: Director Tetsuya Nakashima (The World of Kanako) brings us this 135 minute horror epic of haunted houses, possessions and exorcisms. Japanese horror films can be hit-or-miss when it comes to tone. No offense to J-horror fans, but belching ghosts have never really done it for me. But It Comes looks like the real deal.

Killerman: Moe (Liam Hemsworth) and Skunk (Emory Cohen) have dirty cops and gangsters on their trail as they embark on a long day on the seedy side of the Big Apple. Gritty films like Good Time from the Safdie Brothers come to mind. Those are lofty heights to aspire to, but if you’re gonna find a transcendent gritty noir, Fantasia 2019 is the place it might happen.

The Purity of Vengeance: In the wake of the Girl with the Dragon Tattoo crime novels by Stieg Larsson and their resulting film releases, Swedish and Danish crime writers became the next “go-to” source for intellectual property to be adapted into screenplays. The best novels to come in their wake were the Department Q novels by Jussi Adler-Olsen. Much like Larsson’s works, the novels quickly became a film series, and The Purity of Vengeance is the fourth adaptation to hit the big screen. The first three films (available now on the usual rental platforms) have the dark, gritty Scandinavian crime film feel of Krister Henriksson-era Wallander. Nikolaj Lie Kaas and Fares Fares play world-weary cops as well as the best American actors around. Yes, this will be easier to find after the festival than some of the other films on offer, but I’m a fan of this series and would love to check this one out in a theater.

My roster of suggestions barely scratches the surface of the Fantasia 2019 programming. For a look at the full line-up for Fantasia International Film Festival 2019, click here.

1 comment on “Notes From the Festival Circuit: Fantasia Film Festival”