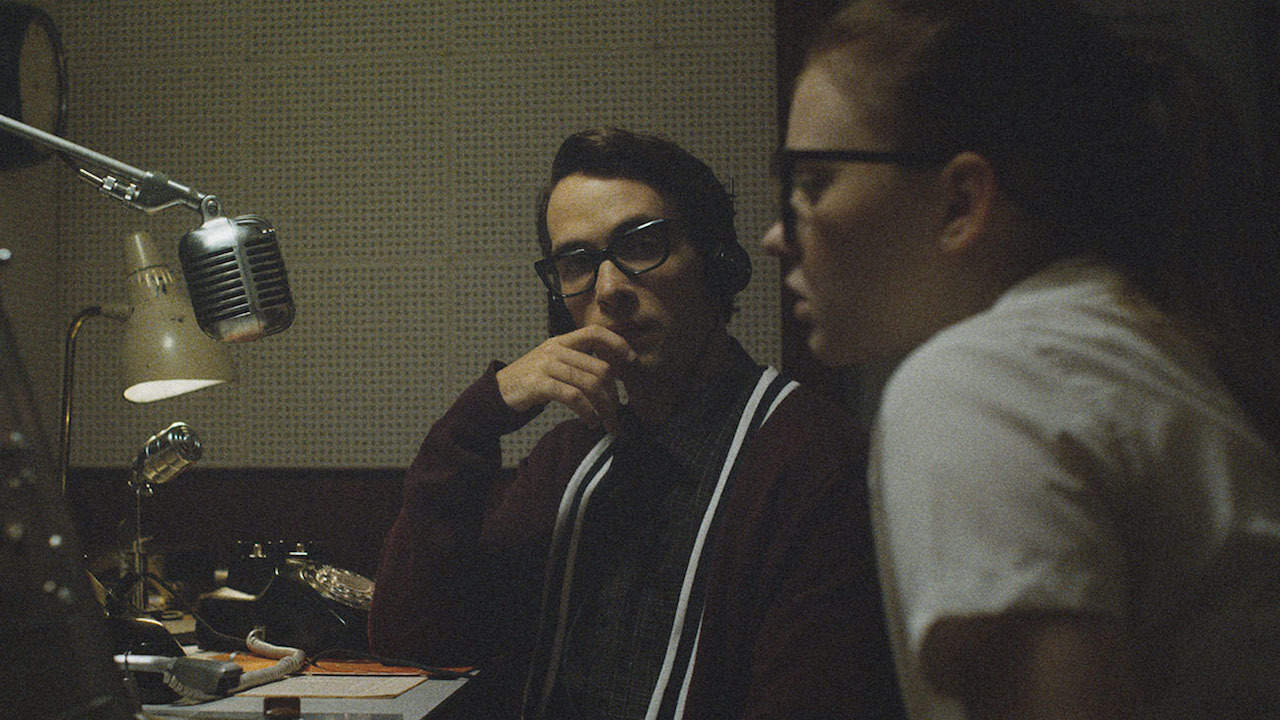 When I arrived in New Orleans on May 30th, I hadn’t planned on seeing The Vast of Night. I had nothing against the film or its premise. I simply didn’t see where it fit in my festival schedule. The curation at the Overlook Film Festival runs so deep that you have several good films to choose from in each time slot. Then on the evening of June 1st, the festival organizers announced that The Vast of Night had won Best Feature for 2019, and it became the hot ticket for the final day of the fest.

So, never let it be said that I ignore a festival jury. I changed my line-up for Sunday afternoon, and I was rewarded for my willingness to be flexible. The Vast of Night is one of my favorite films of 2019. I can’t imagine seeing ten films that are more impressive than Andrew Patterson’s directorial debut, so you’ll likely be reading about this film again when I publish my Top 10 list for 2019. It’s that diamond in the rough that you hope to find at a film festival, but rarely do.

Fay (Sierra McCormick) is a high school student in New Mexico in the 1950’s. She has a part-time job as one of the operators of the town’s telephone switchboard. Her friend, Everett (Jake Horowitz), who happens to be a boy, but may not be her “boyfriend”, works at the radio station, spinning records and delivering the local news.

One evening while most of the town is at the big basketball game, Fay encounters a strange noise on the local phone lines. It’s an almost rhythmic pulse of static. When Fay consults Everett, he broadcasts the audio to the town and asks for anyone who has encountered the sound before to call the station and tell him the possible cause of the interference. Someone calls and offers an explanation, but the substance of the call crosses the line into Spoiler Territory, so I’ll say nothing further about the plot.

The Vast of Night breaks many well-established film-making rules, but does so to great effect. Much of the narrative is comprised of interviews with local residents who may hold the answers to Fay and Everett’s questions. Long passages of spoken exposition (“info dumps” as screenwriters often call them) are a big no-no. They can grind a film to a halt. Show don’t tell as the old story-telling maxim goes. Despite that advice, two interviews and the lengthy monologues that result, form riveting verbal set pieces. I found myself hanging on their every word.

But what puts The Vast of Night over the top as a film-going experience is its immersive visual style. My analysis of the ways in which dialogue and spoken exposition are used to great effect could lead you to believe that The Vast of Night is simply a radio play that’s been filmed. That would be an incorrect assumption. The director, cinematographer (M.I. Littin-Menz), editor (Junius Tully) and production designer (Adam Dietrich) have combined their considerable talents to create smooth, kinetic visuals that always serve the story. There’s a single unbroken take that winds through the town’s neighborhoods, down the streets, into the basketball game and beyond that is a total jaw-dropper. When the credits roll, you know you’ve been in the presence of a major new film-making talent.

You can try to avoid it as a film critic, but anticipation can influence your reaction to a movie. When someone calls a film a “disappointment”, that very word is clearly based on expectations. As I took my seat for The Vast of Night, I expected to be impressed. As the credits rolled, I was completely gobsmacked. Given the films budget and shooting schedule (17 days), it’s quite an accomplishment for the cast and crew. And you should be driving to the nearest festival that plays it. Don’t miss this one.

Update: The Vast of Night hits Amazon Prime on May 28th.

2 comments on “The Vast of Night: Overlook Film Festival 2019 Review”