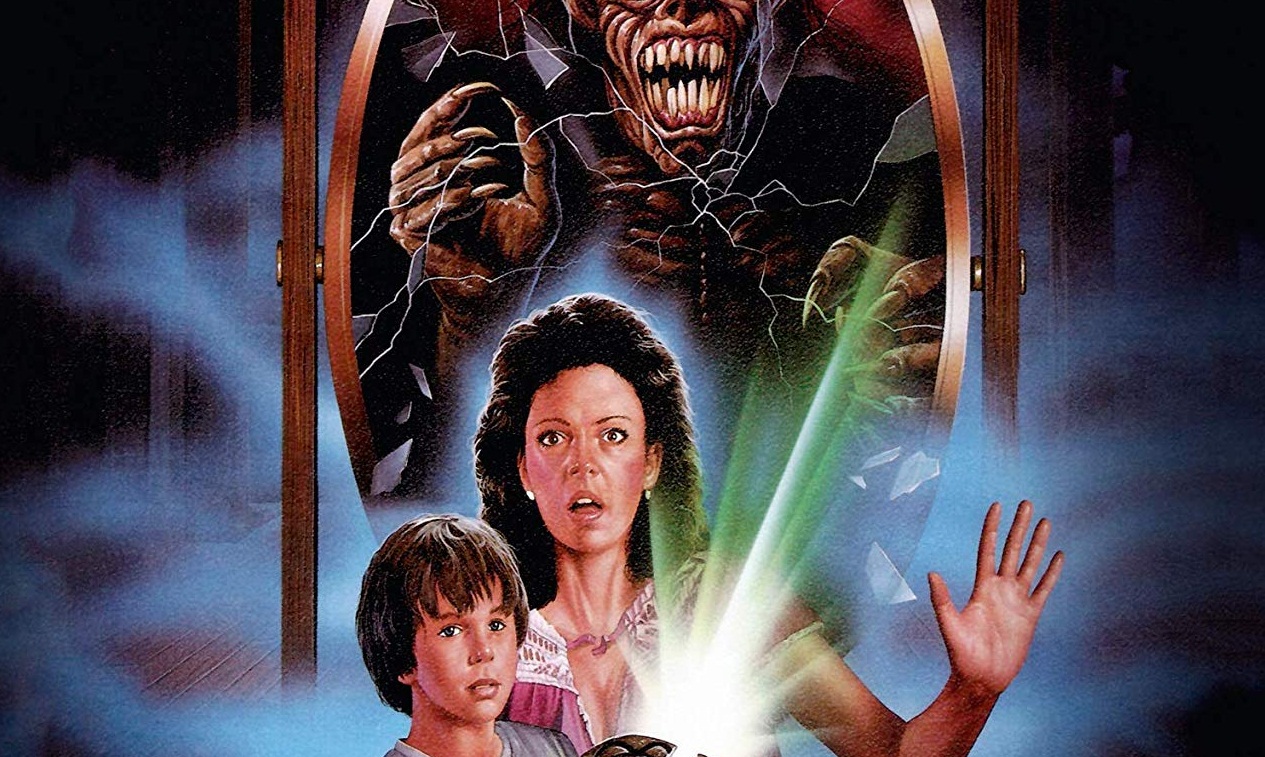 Adam doesn’t see any correlation to the movie and its title with Scared Stiff, but what he does find is a crazy Make-Up FX-laden final twenty minutes.  Arrow Video has done wonders again with this Blu-Ray’s Transfers and Special Features.

Beginning with the scenes of a Plantation in the middle of the Antebellum South, we are to learn horrible atrocities happened in this Mansion that in present day Pop Star Kate Christopher (Mary Page Keller) has purchased to move into.  Kate moves in with her Son Jason (Josh Segal) and her Boyfriend who used to be her Phycologist David (Stevens).  Of course, this trifecta moving in prompts the hauntings and ghost to begin to awake for what is essentially a classic sleazy Late-Night Erotic Thriller that never happens.  Kate begins to see visions of the Plantation Owner and is overcome by his… sexiness because nothing says sexy like a Plantation Owner.  Lots of Phycologist mumbo-jumbo throughout the second act gives way to a truly bonkers ending.

The most egregious crap in this film, and it is utter crap, is the Plantation Owner visions.  Even in 1987, the entire production should have known better.  It’s lazy and in poor taste.  If one can stomach this eye-rolling nonsense, they will be treated to a gonzo Make-Up FX finale that deserved a better film.  Richard Friedman’s second feature is nowhere near the heights of Doom Asylum or Phantom of the Mall.  What could have been a truly great cult oddity like The Manitou is just crass illogical horror film that’s lazy at every turn?

Regardless of how I feel about the film, this new 2K restoration from original film elements that Arrow has produced is nothing short of amazing.  The films previous iteration on Home Video pales in comparisons.  The sharpness, contrast levels, and grain structure have been refined and cleaned up.  Bravo to Arrow Video for continuing their tradition of procuring the best of the best when it comes to Visual Presentation of the films they are releasing.  It truly is a wonderful time to be alive for any Cult Movie fan.

The commentary by director Friedman, producer Bacaner and Critic Robert Ehlinger is entertaining especially in the last thirty minutes of the film.

Mansion of the Doomed: The Making of Scared Stiff is a new 34-minute making-of documentary featuring interviews with Friedman, Bacaner, Ehlinger, and actors Andrew Stevens and Joshua Segal, special effects supervisor Tyler Smith and special effects assistants Jerry Macaluso and Barry Anderson.  This documentary is a lot of fun and at moments quite funny as the group discusses how the film came into this world.

Interview with composer Billy Barber is a 6-minute discussion with Barber on how he came to be hired onto the project and the making of the score.

Rounding out the special features is an Image Gallery and Original theatrical trailer.  The Image Gallery runs about 6-minutes long and can be paused to review the images.  The 90-second trailer is as bad as the feature film.

This one is only for the fans.  Anyone curious unfortunately Scared Stiff just doesn’t live up to any of the hype.  What does though; the Extras and Transfer.  Arrow Video strikes again, even if the film is less than stellar.