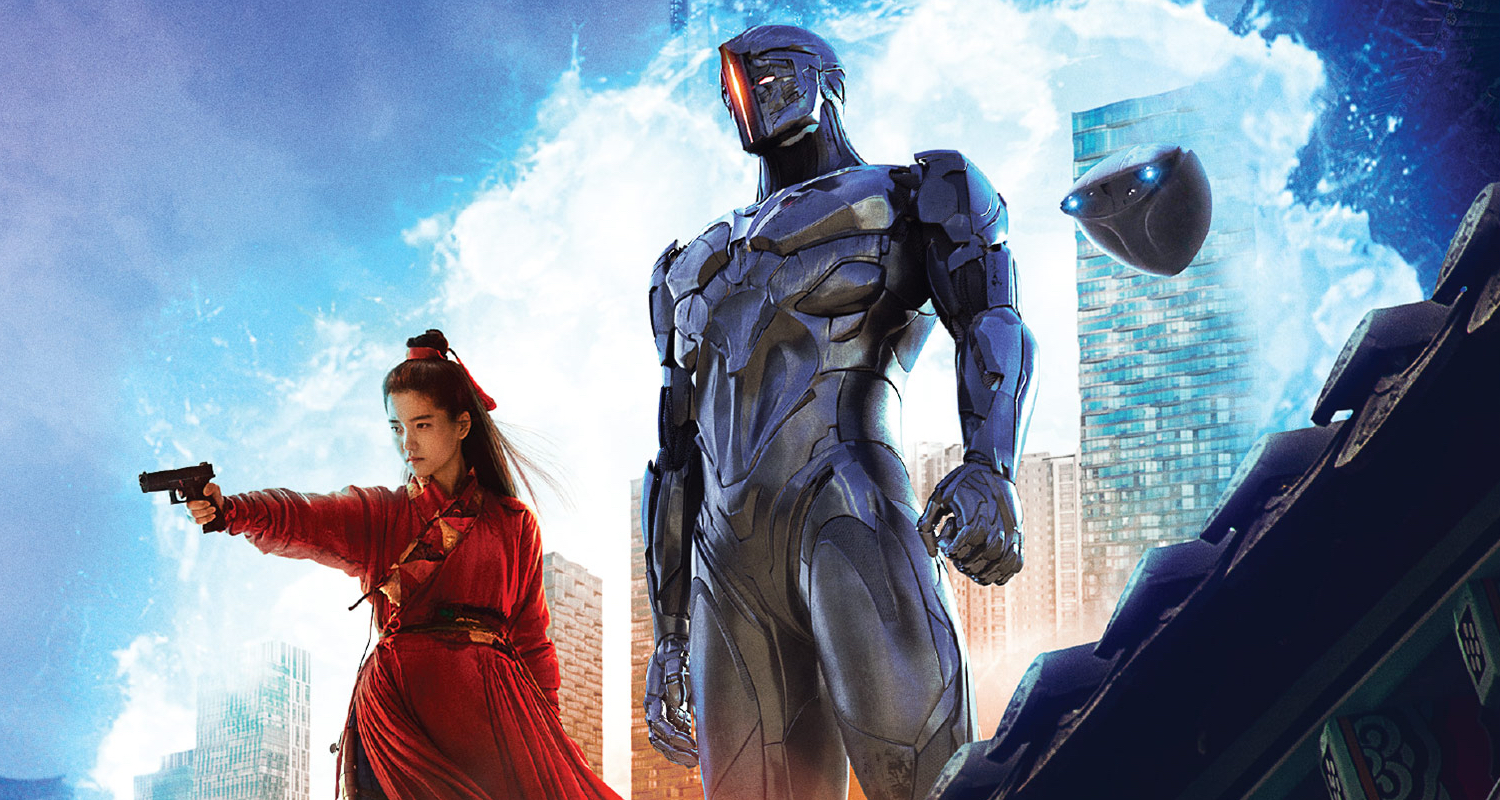 If you’re looking for a Sci-Fi Time Traveling Epic … look no further than Alienoid.  Well Go USA continues its release of the very best Genre films South Korea has to offer.

Writer/Director Choi Dong-hoon’s bold and brilliant Alienoid (Part 1) is an adroit mixture of Science Fiction, Fantasy, and Time Travel.  The results are a wildly entertaining thrill-ride opening to a two-part story.

Earth is a Prison for an Alien Species that are placed into Human Bodies until their death, where the Alien dies along with the Human as a part of their punishment.  Guard (Kim Woo-bin) and his trusty companion Thunder (voiced by Kim Dae-myung) are essentially the Guards and Marshalls – when the Aliens escape – of Earth.  They ensure that if an Alien does escape, they are handled.  It is during what they think is a routine escape there is a hiccup.  That hiccup includes a human child, the key that could unlock one of the most dangerous Alien criminals in the universe, time travel, and 14th-century Korean Taoist Magic.

For a film that mixes and plays loosely with 3 timeframes and non-linear storytelling, there’s a clarity and almost daring fun to the way that Alienoid unfolds.  During the opening moments, it is a bit confusing.  After the flash-bang opening, the film settles into a truly fun narrative that constantly challenges the conventions of what many think of as Science Fiction.  Part of the success of the film isn’t that it has a few intelligent tricks, it is that it has all the tricks and is overstuffed with smart narrative ideas.  Though never bogged down in some sort of self-serious tone, Writer/Director Choi has no problems with letting an audience laugh and have a good time with the wild concept of merging fantasy and sci-fi.

Better still is just how successful the film is at this heady brew of genre mashups.  Alienoid for all of its high concepts is as much a heartfelt family adventure in the vein of the very best output of Amblin Entertainment in the 1980s.  The brilliance of the film isn’t in its crackerjack set pieces that rival anything Hollywood produces but in the relationship between Guard and his adoptive human daughter (Choi Yu-ri).  The way that the film does not play it safe the way that Western films do gives Alienoid the extra punch in the same way that Train to Busan had.

For a film that is as hugely successful in every respect as Alienoid is there is no critique.  The film was initially filmed as one giant story and halved.  Many will be disappointed in the literal cliffhanger the film leaves us with.  Though this is more of a backhanded compliment if anything as Alienoid wasn’t as expertly made as it was, we wouldn’t care.

One thing is for certain, audiences will be on the hook, and eagerly awaiting Alienoid 2 when it’s released later in 2023.

The transfer provided to Well Go USA is another winner in a long line of winners.  The digitally shot film looks crisp and sharp on Blu-Ray.  The handsome image has no issues with handling anything the VFX-heavy film has to throw at it.  One wonders how the IMAX-released film would look on 4K UHD as the Blu-ray pushes out the very limits.

Making Of (2:51) – an all-to-brief making of that’s filled with some great b-roll behind-the-scenes footage and interviews with the cast and crew.  Korean with English Subtitles.

Character Trailer (3:45) – a look at the various characters over the three different time periods that the film takes place in and the Cast and Crew that brought them to life.  Korean with English Subtitles.

Alienoid is the kind of big bold Sci-Fi Epic that genre fans will delight in discovering.  Highest Recommendations!