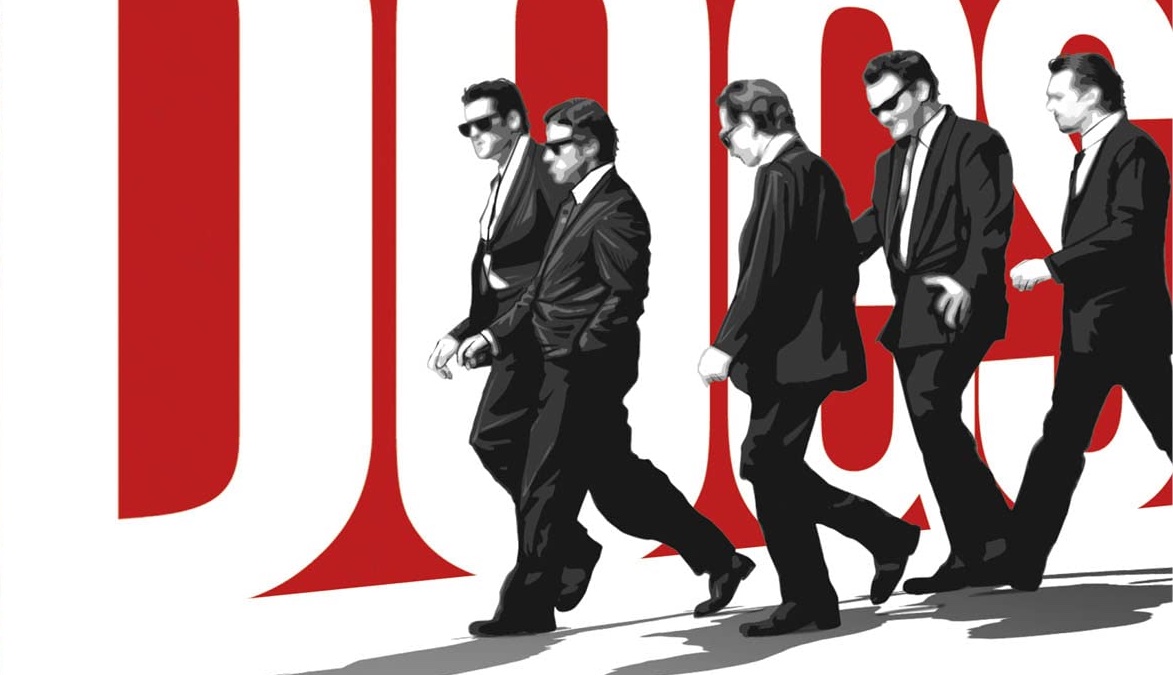 30 years later Reservoir Dogs remains is one of the best feature films debuts ever.  Lionsgate has upgraded the film to 4K UHD with a new transfer with Dolby Vision Encoding.

It all began with Dogs, didn’t it?

Everyone of a certain age can remember where they first saw Reservoir Dogs.  I saw it on a Friday night with my Dad.  His co-worker Brett had told him about this crazy-ass movie “about the fall out of a diamond heist we never see”.  What started changed both of us.  After 99 minutes I looked at my dad and asked, “what happened?”

Quentin Tarantino is what happened.  Reservoir Dogs is the only feature film debut to show a filmmaker born full-formed.  Yes, Tarantino has grown leaps and bounds in the intervening three decades.  The distinctive style of writing, visuals, and musical tastes have never veered from Reservoir Dogs, though they have grown with maturity and experience.  But Tarantino like Spielberg before him was instantly a cinematic force to be reckoned with.  One only needs to look at his latest Once Upon a Time … In Hollywood and compare it to Reservoir Dogs and one instantly knows that both were directed by Tarantino.

Not to be puny but Dogs still bites in the way that films from the early 1990s can bite maybe more so.  There’s a dangerous jagged edge to everything when looking at the film with current eyes.  Tarantino’s dialog is as sharp as ever with his “Madonna Like a Virgin” speech though out of sync with today’s norms is still as sharp and inappropriate – even more so now – as it was when we all saw it.  Even the crew’s use of slurs (racial, sexual, and otherwise) is wildly out of sync with today’s standards BUT is accurate in a crew like this.  It rubs against your comfort and forces you to look at these people as what they are: hyper-violent and dangerous.

The violence too still hits as hard as it did during that infamous Sundance screening where people ran vomiting down the aisle – if the legend is to be believed.  It’s the unapologetic quality of fun and dark humor of needle drops – Stuck in the Middle with You blasting as Mr. Blonde (Michael Madsen) tortures a cop – to the violence that gives it its edge and rubs up against today’s landscape.  But it isn’t just that infamous scene that still carries a charge.  Reservoir Dogs – like Tarantino would advance even further with Pulp Fiction – specializes in the messiness and collateral damage of violence that even the smaller moments are electric.  Mr. Pink (Steve Buscemi) dragging a woman out of her car and then murdering police officers as they turn a corner.   Mr. Orange (Tim Roth) shooting the woman that shoots him and he’s pulling out of the car.

Everything in Reservoir Dogs still carries the electrical charge of a filmmaker rubbing against the more exploitative nature of his instincts and his truly genius understanding of genre, story, direction, and acting.  Rewatching the debut is only a stark reminder of how great a filmmaker Quentin Tarantino began his career and how much he’s grown since.

Yes, thirty years on, Reservoir Dogs still barks as loudly and bites down as hard as Brandy from Once Upon a Time … In Hollywood.

Reservoir Dogs has never looked great on Home Video.  VHS, Laserdisc, DVD, and Blu-Ray – all owned by this reviewer – has never really looked as good as it does projected in 35mm (specifically at the New Beverly at Midnight).  This new 4K Master with Dolby Vision Encoding (as well as HRD10) looks damn near flawless.  What one notices instantly is just how cinematic Dogs looks in 4K.  There’s a warmness to the image that’s never been present in previous iterations on home video.  The grain structure, color reproduction, and contrast are all lightyears ahead of the original Blu-Ray release as well.  It isn’t just a blast of quality, though.  Lionsgate has given consideration and time to this version of Reservoir Dogs.  This results in the film looking as subtle, dense, beautiful, and most importantly filmic as it has ever looked on home video.  Bravo to Lionsgate’s for ensuring this wasn’t a splash dash release but truly a worth upgrade for one of the best films of the 1990s.

Deleted Scenes (12:43) – The five deleted scenes can either be played individually or all at once via the “Play All” function.  The scenes break down as such:

Playing It Fast and Loose (15:43) – an archival featurette looking at what makes Reservoir Dogs one of the best films of the 1990s and the explosion of the indie filmmaking scenes.  Various talking heads discuss the cultural impact that Quentin’s writing, musical tastes, visuals, and his portrayal of violence inspired not only directors but writers, actors, and creatives, in general, moving forward.

Profiling the Reservoir Dogs (7:06) – an archival featurette that looks at the various members of the heist and their history and pathology.  They include Mr. Brown (Quentin Tarantino), Mr. Pink (Steve Buscemi), Mr. White (Harvey Keitel), and Mr. Blonde (Michael Madsen),

Reservoir Dogs is a stone-cold classic.  Lionsgate has given it the 4K UHD upgrade it deserves. Highest Possible Recommendations!!!

Lionsgate’s 4K UHD edition of Reservoir Dogs is out now.