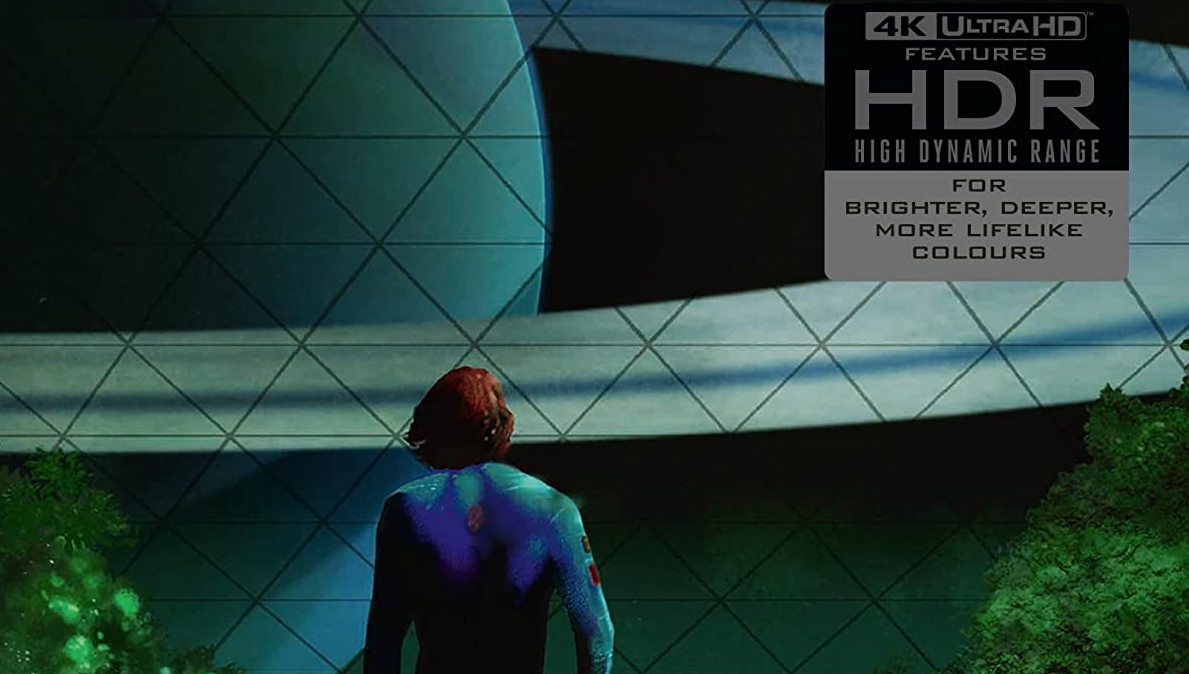 The Doug Trumbull directed 70’s era Ecological Sci-Fi Drama gets a 4K restoration to go with its 4K UHD release from Arrow Video.  The results are a stunning must-own release.

Silent Running is the kind of film that you’ll either love or hate.  The message, the drama, the score, the songs.  It’s all designed with a message in mind.  It’s also a beautiful valentine to Special FX of a bygone era.

On the US Valley Forge a four-man crew mission is simple.  Keep the Biodomes of various plant and animal life alive.  This is the primary responsibility of Freeman Lowell (Bruce Dern).  Lowell a tightly wound botanist only cares about the safety of the flora and fauna they’ve been entrusted with.  Keenan (Cliff Potts), Barker (Ron Riffkin), and Wolf (Jesse Vint) care nothing of their mission.  Not even space jockeys looking for a new star field to explore these ragamuffins cannot wait to get back to earth.

Once they get orders to destroy the biodomes and head back to earth all but Lowell are happy to comply.  Even gleefully destroying these Arcs of life.  Not being able to handle such disrespect to nature Lowell snaps killing all three of his comrades.  Lowell with the help of two drones he names Dewey and Louie, he sets about maintaining the final dome and keeping it from those that would destroy it.

The Douglas Trumbull-directed film is one that requires you to suspend disbelief for the premise to work.  The mere fact that Keenan, Barker, and Wolf were not screened thoroughly for the kind of aberrant behavior of people who explore and are essentially conservationists.  Or that Lowell’s murderous capacities.  Things if one is a fan of the kind of science fiction story this is telling would be glaring miscalculations.

Though if one can take the film with its faults you are treated to a beautifully realized outer space drama.  One that FX work across the board is magnificent close to fifty years later.  The production design, model work, optical FX, and robots are all fully realized in that pragmatic “used space” way that so many have attempted, and few succeed.  The robots themselves Hewey, Dewey, and Louie are marvels, cinematic magic tricks that are realized by not just Trumbull’s design work but the puppeteers inside them.

Silent Running is essential science fiction not because of its story but because of its design.  Trumbull and company have created an early predecessor that would call forth the visual look and feel of Star Wars.

This is what I said in my original Blu-ray Review of the transfer:

The brand new 2K restoration from the original camera negative, approved by director Douglas Trumbull is nothing short of a minor miracle.  Produced by Arrow Video exclusively for this release, for the first time it feels like Silent Running looks the way Trumbull intended.  Gone is the DVD’s overly DNR’ed image.  The transfer is not only sharp but retains all of the grain structure and shadows that felt went missing on the DVD edition of this film.  The work is so good that the imperfections of the FX work have become very clear and apparent.  The transfer is that good.

The Brand new 4K restoration by Arrow Films from the original camera negative presented in Dolby Vision (HDR10 compatible) double downs on everything I’ve said before and more.  The UHD and Dolby Vision encoding has brought further subtly to the image and specifically the grain structure.  This incarnation in 4K is a truly massive upgrade to the original Blu-Ray Arrow that was released and is literally lightyears ahead of the original DVD.  This feels like the best 35mm archival print ever struck.  The clarity especially during the VFX scenes is astounding giving us a window into the various techniques Trumbull used to achieve the work he did here.  Arrow continues to astound with their 4K UHD releases either new or upgrades to the already released titles.

This track from the original Arrow blu-ray release commentary by Kim Newman and Barry Forshaw is still a winner.  Like all of Newman’s commentary tracks or interviews, it’s a great entertaining deep dive of information.  Newman and Forshaw discuss the impact of Silent Running on modern cinema, the work in the film and outside of the film of Bruce Dern, Ron Rifkin, Cliff Potts, and Jesse Vint, the use of music in Silent Running, and also in Science Fiction Films at the time, the original casting of the Dern role, the work of screenwriters Cimino and Bochco (who went on to huge success), the work of Douglas Trumbull post-Silent Running, an odd side tangent about Star Trek: The Motion Picture (which Trumbull did the FX work), comments about IMAX and the future of filmmaking, the great sci-fi films of the last fifty years and were Silent Running lines up, and a lot more.

The archival commentary from 2000 by Director Douglas Trumbull and actor Bruce Dern.  Beginning with how Universal financed the production under a new edict after the rise of the New Hollywood this commentary is a very informative track.  From filming on an Aircraft Carrier and the Van Nuys Airport, the dealing with Union Crews, Dern’s career before and his rise to leading man, the FX work, the trouble with lighting the entire production, how Dern helped with casting, how the Drone work was achieved, how it sizes up against other Sci-Fi films at the time, Dern’s experience working on the second half of the film, Trumbull’s troublesome relationship with Kubrick, the box office, the critical response, and more.  There is great chemistry between Trumbull and Dern showing they very much so are friends.  It’s a good track.

No Turning Back: Scoring Silent Running (13:48) – Film Music Historian Jeff Bond discusses the music of both Joan Baez and Peter Schickele.  Bond is able to give what is essentially a micro-commentary or visual essay about not only Schickele and Baez and how they came onto the project.  Bond does a great job of explaining the score and how it works in conjunction with Baez’s music, how the score differs from Science Fiction at the time (except 2001), and more.  There are scenes from the film, behind-the-scenes photos, and stills of the era.

First Run: The Evolution of Silent Running Screenplay (14:02) – A visual Essay by filmmaker Jon Spira looking at the development of the script that included writers Deric Washburn and Michael Cimino and Steven Bochco.  By comparing a draft dated 12/06/1970 (he incorrectly uses the European dating convention which the film was made in America) and the production he is able to give us a history and sense of how the film evolved from a darkly violent story to one with heart and an ecological message.  Spira’s visual essay recreates some of the scenes by using storyboards, narration, and voice actors.  This featurette is a great concept and execution being able to show visually the differences in screenplays.

The Making of Silent Running (49:17) – this making-of is actually archival-archival as it was created at the time of production.  This great old-school making of shot on 16mm (best guess) is both a fly-on-the-wall look and standard making of.  Beginning with a tour of the actual Battleship they used to film Silent Running, this making-of gives some great looks into what went into the production.  The featurette frames the production with as the end of the Studio Era and how much was in flux.  Some of the best moments include actual footage of how the robots were puppeteered, the nuts and bolts of how the optical FX and model were achieved, and more.  Many will still find it of interest because the run time is filled with B-Roll footage and onset interviews.

Silent Running by Douglas Trumbull (30:09) – is a thirty-minute interview with the director.  Trumbull discusses how he came to direct and develop Silent Running.  The archival interview does great at discussing how he developed the film (which the treatment is very different than the resulting film), how Easy Rider gave him a chance to direct, the production, the creation of some of the production design, the robotics, the infamous carts, the costumes, the FX work, release of the film, and more.  There are plenty of stills, production art, and scenes from the film.

Douglas Trumbull: Then and Now (4:52) – is an interesting look at where Trumbull thinks things are going and he wasn’t wrong (partially) in the IMAX format.  Also, a great look at the now-defunct Back to the Future Ride.

A Conversation with Bruce Dern (10:57) – Dern recounts how he got his first lead role, the production, and the release.  Dern is great at recounting his experience with working with Trumbull, the FX work, and more.  The best is when Dern calls Hitchcock “Mr. Hitchcock”.

Rounding out the Special Features is a Still Gallery with an impressive 635 images. The images range from production stills, behind-the-scenes photographs, and FX plates. The Gallery runs automatically (105:56). It can be paused or navigated by using your Next Chapter button on your Remote.