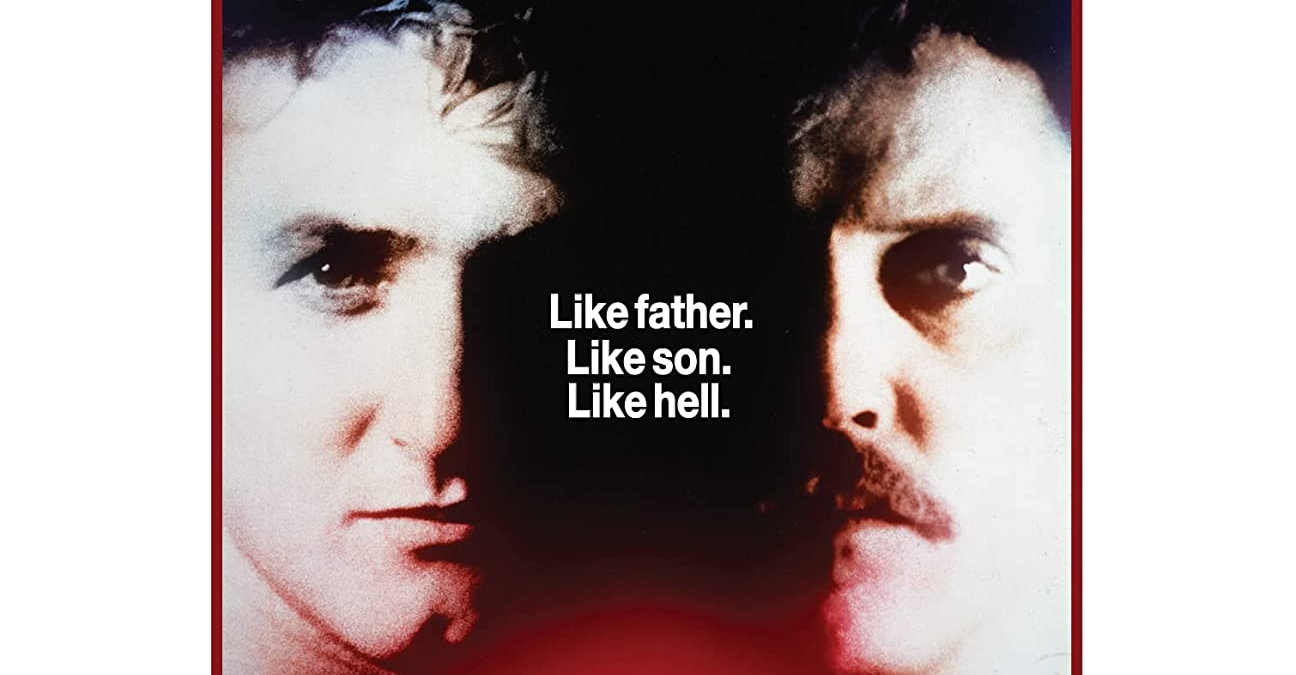 At Close Range is the teenage rebellion movie you’ve never seen.  But with Sean and Chris Penn, and a truly terrifying Christopher Walken once you see the MVD Rewind Collection Blu-ray you won’t forget it.

Rural Crime in Pennsylvania.  Teenagers being teenagers.  Young love.  All sullied by a terrifying patriarch in At Close Range.

Little Brad (Sean Penn) is your normal teenager.  He screws around with his friends and baby brother (Chris Penn).  Has his eye on a lovely girl (Mary Stuart Masterson).  It isn’t until their absentee father Big Brad (Christopher Walken) comes back into his life that everything is burned to the ground.  Big Brad is everything that Little Brad wants to be; charming, dangerous, powerful, smart, cunning.  Little Brad doesn’t know that his father, no matter how many hints he gets, is a bad operator.  A man who has no compunction in murder or rape to keep everyone from talking about his crimes.  Even when it’s teenagers, even his own sons.

As much a Rural Crime film as it’s a proto–Gothic Crime film (a newer genre to be sure) that shows the dog-eat-dog world of crime.  The script by Nick Kazan – who would later win an Oscar for one of the best Court Thrillers in Reversal of Fortune – doubles down deep on the characters and drama of the piece.  The crime is secondary thought shown, it’s the relationships between the two different crews: Little Brad’s band of screw-ups and Big Brad’s crew of professionals.  The way that Kazan’s script bides time with each showing how the youth could be blinded by these jaded outlaws and Romanizing what they do.

Director James Foley brings a neo-noir visual style that uses widescreen framing to perfection – which he would later again do so in his brilliant After Dark My Sweet.  He and cinematographer Juan Ruiz Anchía’s use of light and shadow is so forward-thinking that they moved past the ‘80s into a more modern 2020 visual style.  Foley understands the movie he’s making is as much a tragedy as it is a crime thriller.  There’s an inherent slickness to everything that Big Brad does that shows just how Little Brad would be seduced by this all.

As much as Sean Penn is great here it’s Christopher Walken in the prime of his career that steals the show.  As Big Brad Walken is an unapologetic monster.  One that thinks that he can teach his wild son the ways of the career criminal.  Walken gives Big Brad a physicality and nervy presence that tells more than any speech could.  The subtly brought to the moral quandary as his team of professionals begin to see these kids will be their downfall.  How it all plays out wordlessly is one of the finer and unexpected twists in a movie filled with unexpected choices.

There is an inevitability to the last third of At Close Range that is brutally nihilistic.  Foley and Company never pull their punches in the finale.  The cost and consequence of children at play with vipers are starkly and visually told here.  And what probably turned so many away – the bleak ending and fate of so many – is what makes the film stand above and beyond any of the reckless youth films of the 1980s.  One that once seen will not be soon forgotten.

The transfer provided by MGM appears to be the one that they provided to Twilight Time in 2015.  The transfer is an all-around solid transfer.  The handsome image handles even the darkest of low-lit scenes well with hardly any issues.  There are some moments, while Brad is driving his pick-up late at night early in the film, that appear to have artificating but upon close inspection, it’s the grain structure itself – also appear on the Twilight Time disc when compared for this review.  The updating of compression software and tech has given the transfer a slight edge over the Twilight Time Disc.

The archival Audio Commentary with James Foley hosted by Film Historian Nick Redman is from the Twilight Time Blu-Ray release from 2015.  Some of the details include how Foley and Penn met and eventually Penn vouching for him for this film, working with ensembles and writers – and his lack of fear, how he approaches directing the movie from a visual standpoint, how he hired cinematographer Juan Ruiz Anchía based off the look of Maria’s Lovers, the very young but soon to be famous supporting cast – the likes of Crispin Glover, Keifer Sutherland, and Stephen Geofferys, the changes in the business from the 1980s to present times (2015 – at the time of recording), the fumbled release of the film but the rise and success of the film on VHS, the casting of Christopher Walken – the troubles getting him cast at the time, a great story of when Foley first met Walken, working with Orion – and the legend of how “hands free” they were, the realization of Nick Kazan’s very complex script – the solution that Foley came up with, the casting of Mary Stuart Masterson, going to school at USC film school, the great studio produced dramas of the 1980s and 1970s, “psychological realism” a term he uses to describe his films – including At Close Range, the locations they used that were all practical – how it informed the look and direction, a great story about Mamet and Glengary Glen Ross and how that relates to directing scripts, how Madonna came on the soundtrack – and how Penn and Madonna’s relationship factored into this, the work of composer Patrick Leonard – because he wrote the Madonna song, Foley’s work as a music video director for Madonna – Live to Tell and Papa Don’t Preach, watching the film post-release and what he learns from it, the lack of rehearsal for the cast, and much more. This low-key but informative track has Redman and Foley in conversation about the film rather than just dolling out information it feels organic.  It is quite a lovely track.

Isolated Score Track – the film’s score and needle drops are presented without comment or commentary through the runtime of the film.

At Close Range is a truly great crime thriller from the ‘80s.  High Recommendations!!!