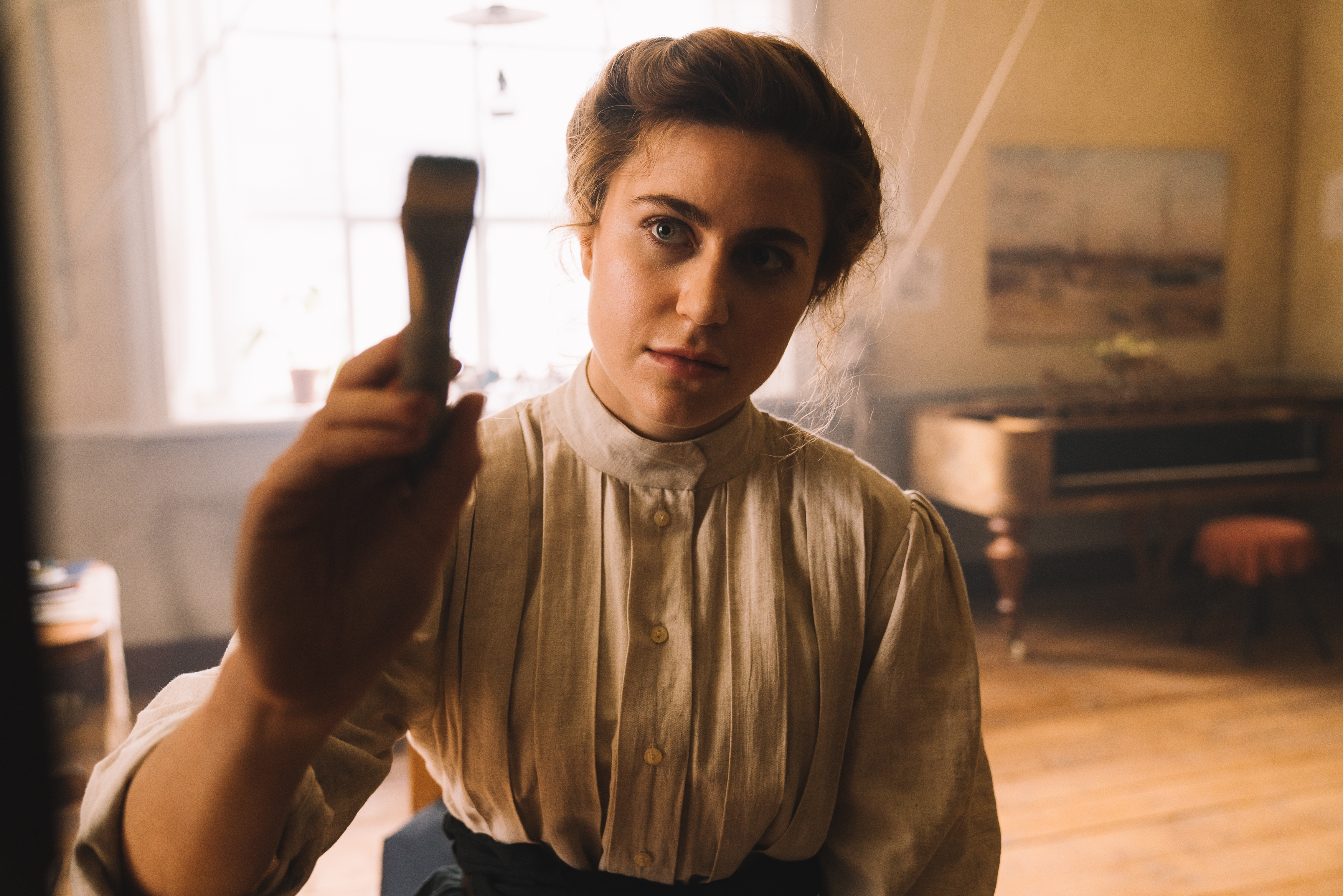 Lasse Hallström’s biopic of Swedish abstract artist Hilma af Klint struggles to unpack the originality of the artist’s life and work in just two hours – but is a handy starter for anyone unfamiliar with her art.

Choosing how to portray the artistic journey of a painter using a different medium – particularly one as enigmatic and ground-breaking as Hilma af Klint (1862-1944) – and still effectively capture the internal creative process of someone so ahead of her time, can’t be an easy task. Lasse Hallström has definitely given it a good go in his movie Hilma with a few interesting visual tricks, but I’m not sure the narrative gets the balance quite right between the personal and the artistic, and falls between the two strands.

Played as a young woman by Lasse Hallström’s daughter Tora Hallström, and in later life by Tora’s mother and Hallström’s wife Lena Olin, Hilma af Klint is an aspiring Swedish artist and scientist trying to make her way in her chosen profession in the late 19th century, at a time when women were expected to remain quietly at home and harbour no ambitions of greatness. Hilma’s family indulge her for a while, allowing her to enrol at university in Stockholm to develop her skills where she meets a group of women with whom she forms close bonds, both personally and artistically. Eventually – of course, it’s the story of an artist after all – tragedy demands that she returns home and life takes a turn.

The muted Scandinavian neutrals in the décor and costumes convey the restrictions on Hilma and her female companions in their daily lives but merge with brightly coloured animation when Hilma’s inspiration strikes, and this begins to hint at her method of creating her art. As a way of trying to explain what’s going on in Hilma’s head during her periods of creativity, it’s certainly visually striking, particularly compared with the newsreel footage of late nineteenth-century Stockholm into which the characters are occasionally inserted.

One of the interesting aspects of Hilma’s life was the group of female artists with whom she worked and shared creativity. Developing an interest in a kind of mysticism, they held séances and invoked creative spirits to guide them in their art; Hilma’s work became heavily influenced by her involvement and the art she produced was abstract and symbolic. But it was only when I went to read more about Hilma af Klint that I discovered that her output predated that of Wassily Kandinsky, yet it is the Russian who is regarded as one of the pioneers of abstract art, whereas Hilma’s work (at the time) was overlooked entirely. Hallström’s choice to delve no deeper failed to convey the innovation in her work and thinking and doesn’t really give a proper insight into her personality and output. It’s a real shame, as she is a truly fascinating character – but it also comes with the territory of trying to cram in a full life’s events into a two-hour biopic.

Nevertheless, Hilma is fine as an introduction to a ground-breaking artist who may be unknown to many people, and hopefully, it will encourage viewers to read more about her afterwards.

Hilma has its UK theatrical release on 28th October 2022.