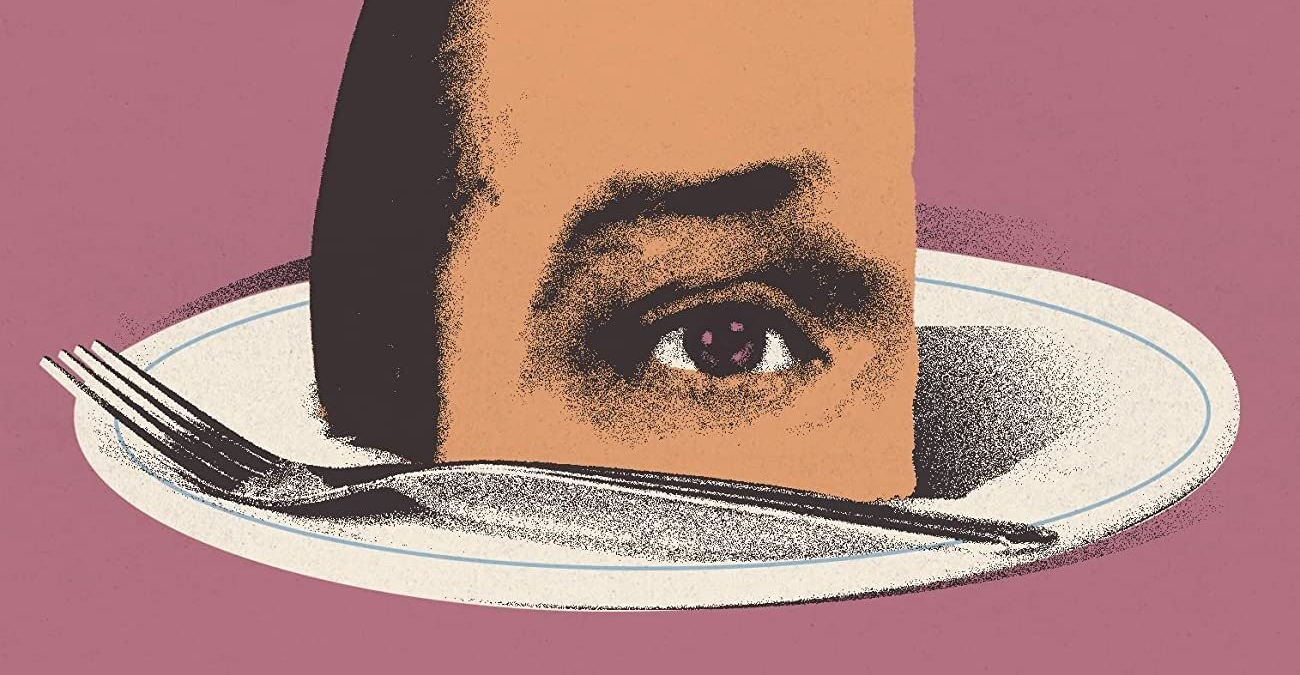 Deaf Crocodile continues to amaze with their curated restorations.  The almost indescribable communist satire Zero Grad is no exception to their Midas touch makes its US Blu-ray Debut.

Some films are almost indescribable.  Purely a cinematic venture that needs to be experienced to understand fully.  Director Karen Shakhnazarov’s Zerograd (aka Zero City) is one of those masterful Kafka-esque mazes of bureaucracy and history of the political machinery of an oppressive regime that we rarely get in the cinema.  Especially, by those who were citizens in that regime at the time produced.

What starts as a routine inspection for Engineer Alexey Varakin (Leonid Filatov) slowly and increasingly turns stranger and stranger.  Varakin witnesses the apparent suicide of a Chef (Eugene Zernov) after he refuses to eat a piece of cake made to accurately – to a haunting degree – of his likeness.  Forced to stay after the incident Varakin is pulled deeper into the area’s mysteries, and history.  As Varakin attempts to flee this increasingly wider and wider veil of citizenship, history, accountability, and political oppression the more he sees he’s fated to be stuck in this circle of hell.

Zerograd’s weapon is the subtle approach to the satire and absurdist notions it plays with.  Rather than beginning at the highest pitch, co-writer/director Shakhnazarov begins in a Russia we know – oppressively rule stricken.  Things begin to turn only after setting the stage is set.  Taking reality bit by bit and turning it upside down – to an arched and skewed perspective. One that shows the absurdity of that oppression and the lengths a community will go to keep that. Be it a prosecutor that wants to commit crimes, Russians obsessed with Rock ‘n Roll, or a museum with dioramas populated with real people. Everything in Zerograd is designed to poke, prod, and incite your thoughts on Russia at the time.

The magic of the film isn’t the satire but how Shakhnazarov is able to draw you in, making you complicit much like Varakin.  The way that Zerograd takes us from a grounded reality to a state of stylish satirized look at a microcosm of Russia writ large is masterful cinematic storytelling at its finest. Filmmaking that should not be slept on or passed over.

The new 2K restoration from the original 35mm picture and sound elements by Mosfilm is near perfect.  The stunning image is free of any scratches, dirt, or imperfections giving us the look of a freshly struck 35mm print.  There isn’t anything the transfer has issues with as the film moves from day to night to low light into harsh lighting conditions.  The highlight of the transfer is the grain structure – which retains its slight patina making the Blu-ray feel more organic than digital.  Much like Mosfilms’ work Ilya Muromets and Sampo, Zero Grad is flawless in every regard.

The all-new by film journalist Samm Deighan opens with the fact that the film would have never been made in Soviet Russian even a year or two before and how this film is very prescient to our modern era.  Some of the other details include the Academy Awards passing over the film, the rise of Mosfilms’ beginning to restore their various films to ensure its history, Zero Grad’s place in history in film and literature as a satire, how the naked secretary that was related to the Russian TV show called The Naked Truth, the theater of the absurd and how that relates to the film and overall in Russia, the work of star Leonid Filatov – both here in the film and outside of this film and his evolution as a filmmaker, the amazing cake that was actually made by someone as a cake, the museum that is the centerpiece of the film – its meaning, how its constructed, how it gives information, the history of Mosfilms – at the time this was made, the directors that worked for the company, the films they produced, its origins, its post-Eastern Bloc fall, how governments – especially but not limited to oppressive regimes – will change and distort history, the career of director Karen Shkhnazarov, the conditions in which this was made – and how special and wildly different it was as compared to the decades before, and much more.  Deighan’s commentary track is deeply researched and informative which is a vital companion to the film.  One will find them rewatching the film after listening to this track as this review did.

Karen Shkhnazarov Q&A (57:05) – in this all-new Zoom-based interview with director/co-writer Karen Shakhnazarov, moderated by Dennis Bartok of Deaf Crocodile Films. Aided by a translator Shakhnazarov does a great job of speaking in English to discuss not just this movie but discuss his personal life, his career, and Russian cinema.  Some of the other details include his childhood, his entry into the most prestigious Russian Film School – GIC (Gerasimov Institute of Cinematography, his love of Fellini – and how he influenced him, a discussion of his first film, the use of American Music in his movies – including this film, how he developed Zerograd and the inception of the idea, finding and casting of Leonid Filatov, how they found the locations and directing at the various locations, the work of cinematographer Nikolay Nemolyeav and how much input he had on the visual style, additionally the additional collaborations he did with Nemolyeav, the centerpiece of the film – the museum scene, the story behind the Cake that’s made in the shape of Filatov’s head, and much more.

A vital piece of this set is something I do not normally mention here but must be said.  The Booklet that houses the essay by Filmmaker and Writer Chris D.  His Essay dissecting Zerograd is vital to understanding the film along with Deighan’s commentary.  Bonus points for him including additional films to watch if Zerograd is your jam.

Note: DC has cheekily made a reversible coverslip with the title in Russian on one side and English on the other.

Enough cannot be said about Deaf Crocodile’s curation of films like Zero Grad.  From picture and sound to considered and well-researched extras, they give this Zero Grad the best foot forward to their audience.  Highest Possible Recommendations!!!