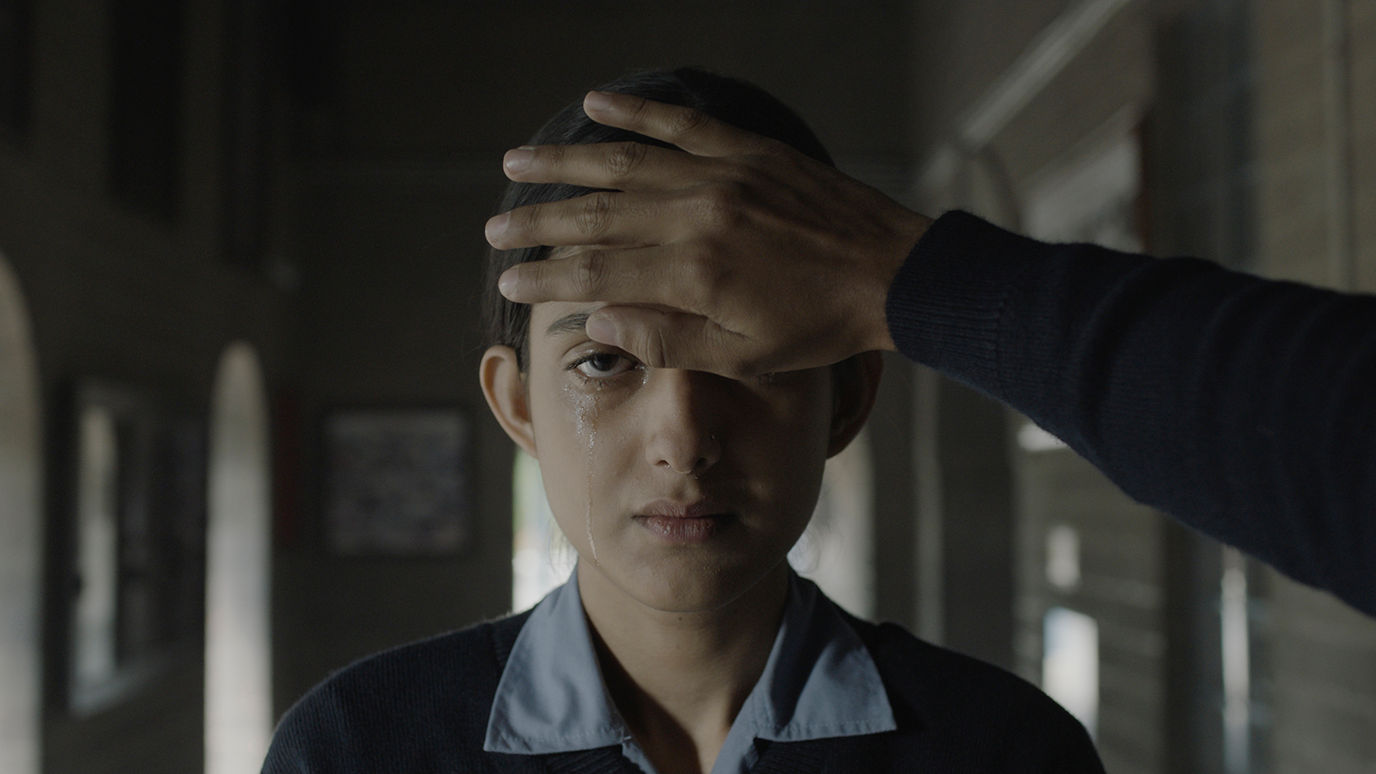 When a first feature is directed, written, edited, production-designed, and even acted in by the same person, normally an exercise of caution is advisable. However, The Cloud Messenger is something different.

The man of many hats in this case is Rahat Mahajan and it’s his vision that has driven this mix of mythical and modern, set in a boarding school somewhere in the Himalayan mountains.

Students Jaivardhana (Ritvik Tyagi) and Tarini (Ahalya Shetty) attend the same boarding school, and among the rigorous, almost military discipline of the establishment, become attracted to each other, feeling a deep connection that they cannot explain. Interwoven is the telling of an ancient myth of two star-crossed lovers of the same names, who are bound together for eternity, in life and in death. The teenagers’ love story, therefore, has a very different feeling from an average high-school romance, and there is a wistfulness and serenity in their attraction to each other.

The two young actors are a delight to watch and are utterly believable in their roles. But it is the storytelling of the traditional performers, in particular, Kapila Venu and Rajeevan Peesapali, which is the real show-stealer. Each tiny movement is deliberate and carries a wealth of meaning (helpfully captioned to assist those like me unfamiliar with this style of performance), and I could not drag my eyes away from them.

Combining traditional storytelling form with a cinematically recognised love-story results in a beautiful, ethereal merging of ancient and modern into something quite distinctive.

My only note would be that it could quite easily run a little shorter (it checks in at just short of two and a half hours), but it’s certainly one of the more unique films I’ve seen during the festival.

The Cloud Messenger plays at the London Film Festival from 12th October 2022, and can be streamed in the UK on BFI Player from 14th to 23rd October.