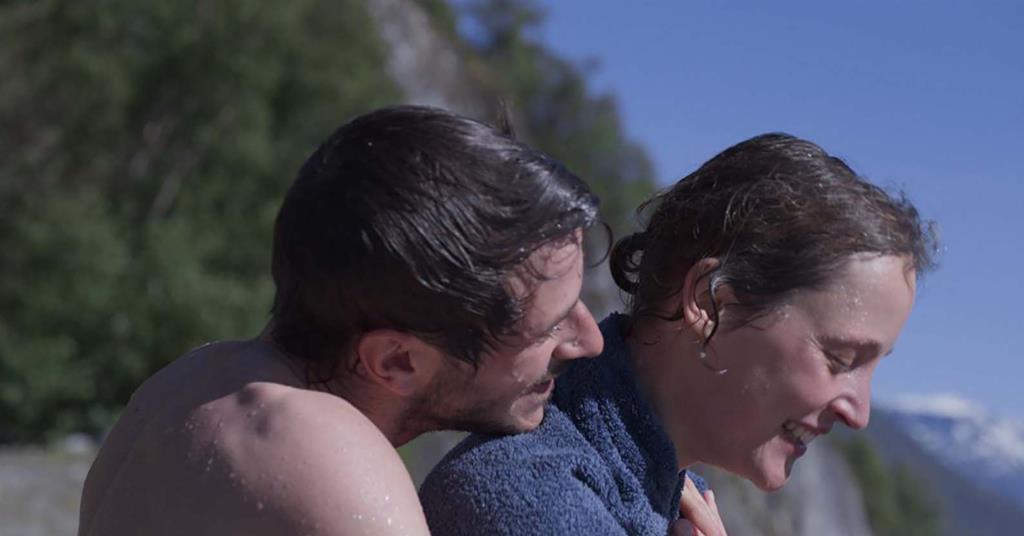 With a nuanced performance of a character in turmoil from Vicky Krieps, and featuring Gaspard Ulliel in his final screen appearance, More Than Ever watches as a woman reclaims what remains of her life.

Within the opening scenes of Emily Atef’s latest film More Than Ever, we discover that Hélène (Vicky Krieps) is seriously ill and needing to make momentous decisions regarding her future medical treatment. Her husband Mathieu (Gaspard Ulliel) is at her side, urging her to be positive and consider the doctor’s suggestions, and terrified of losing her.

Not only has Hélène lost her good health, she also feels as though she has lost control over her life. Mathieu’s attempts to be supportive only add to the suffocating feeling (literally and figuratively) that she feels. In the first act of the film, we never see her outside; she is confined indoors, looking for some inkling of freedom. When she stumbles across a blogger living in Norway who seems to be posting from a position that she can understand, Hélène decides – to the worry and despair of her husband – that she wants to travel alone to Norway for some ‘me time’. Exposed to the blue sky, cold water, and fresh air of the fjords, Hélène is able to make monumental decisions about what she wants to do next.

Anyone who has been close to someone who has a serious illness will empathise with Mathieu – every fibre of his being is willing his wife to get better, and accept any treatment offered to reach the hoped-for outcome. He doesn’t understand her hesitation – but if you are the patient and your body is already a battleground for disease, why is more gruelling treatment the obvious choice? It’s difficult for him to grasp her hesitation to take those chances but, as one character says later on, “The living cannot understand the dying”. And it’s this fundamental conflict which Hélène battles as she learns how to express herself, and reaches an emotional conclusion.

More Than Ever had the potential to be over-melodramatic in one or two spots, but Krieps’ performance maintains Hélène’s spikiness throughout, so that she is eventually not a victim of her circumstances, but is able to take control of them. Krieps is having a busy year with releases, and it’s easy to see why. And a very moving way to say goodbye to Gaspard Ulliel.

More Than Ever plays at the London Film Festival from 12th October 2022 and can be streamed in the UK on BFI Player from 14th to 23rd October.