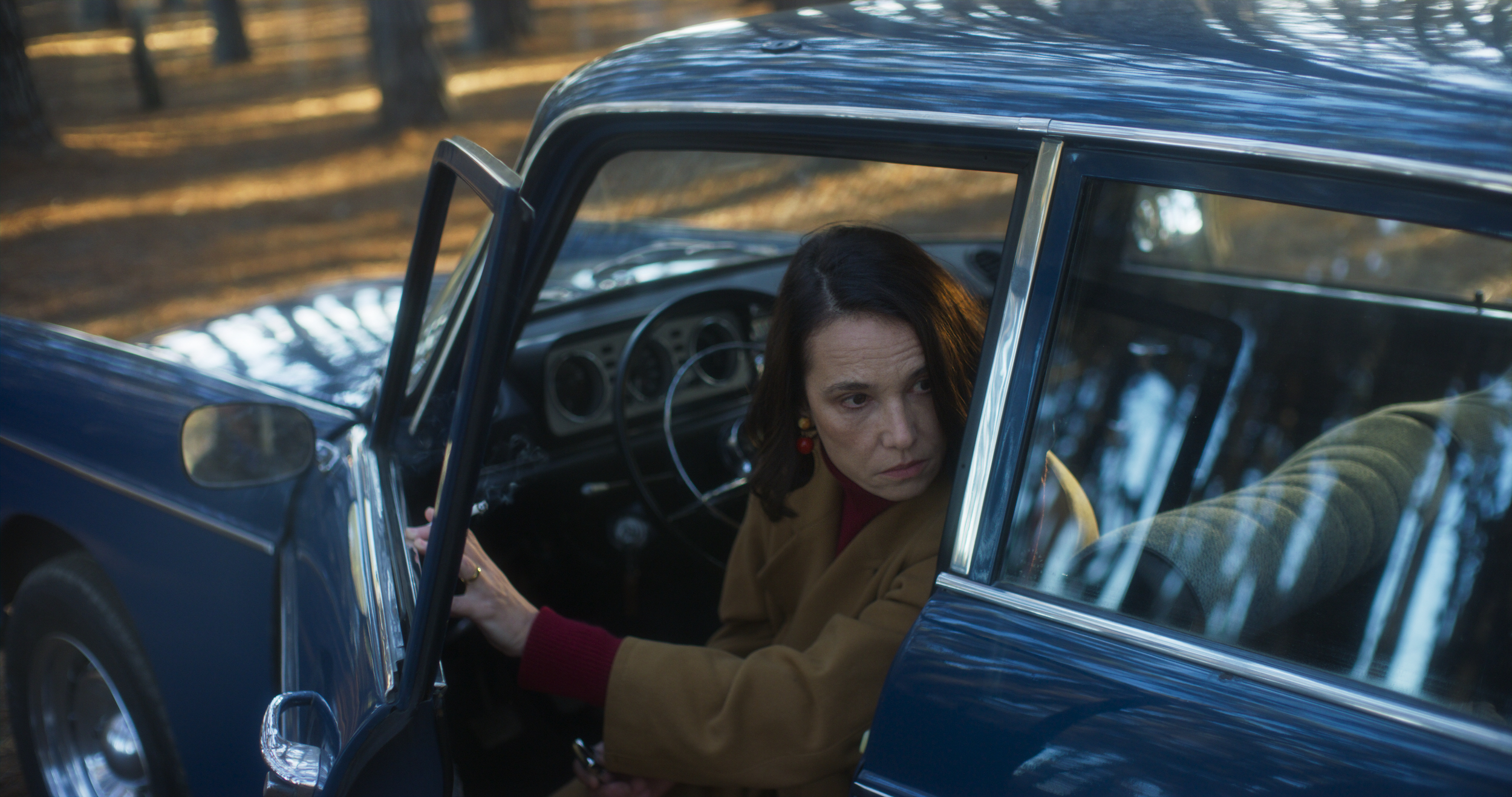 In competition at London Film Festival in the First Feature category, 1976 is actor-turned-director Manuela Martelli’s observation of a woman most definitely out of her comfort zone in Pinochet-era Chile.

A middle-aged, well-to-do grandmother Carmen (Aline Küppenheim) is at her beach home supervising its renovation during the winter months. Other members of her family occasionally spend time there and are warmly welcomed. But when she agrees to secretly help a priest take care of an injured young man, her quiet life becomes entangled with the country’s political unrest from which she has so far been able to isolate herself.

1976 captures a time of social unrest during the Pinochet dictatorship. It highlights on the one hand how easy it would have been for the wealthy, cocooned in their comfortable lifestyle, to draw the shutters down on the disappearances of those acting in open opposition to the junta. On the other, it lays out the dangers which a naïve person, willing to do some good, could inadvertently bring upon themselves and others. It’s this tension, this insidious undertone of fear, which brings the thrill to 1976 rather than any jumps or major acts of on-screen violence. The threats are veiled and polite because of Carmen’s status but present nonetheless.

One of the most striking things about 1976 is the use of music. At times its absence is obvious, at other times its presence is overwhelming. Yet it’s the kind of score that doesn’t manipulate the viewer into feeling something; rather it reflects very accurately how Carmen is feeling as she becomes increasingly more embroiled in her subterfuge.

1976 plays in the First Feature category at the London Film Festival from 7th October 2022, and is available to stream in the UK on BFI Player from 14th to 23rd October.