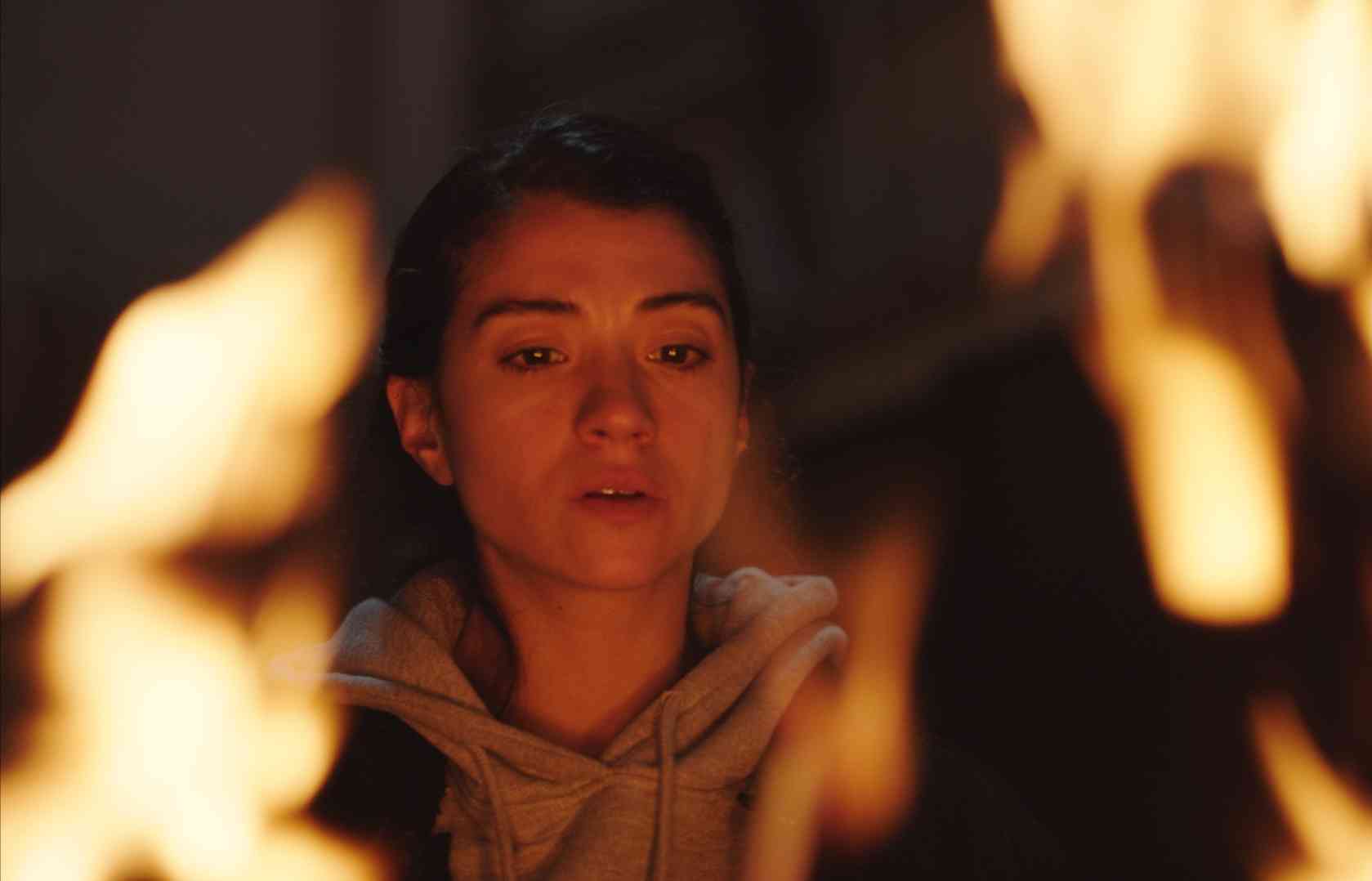 Blending a police procedural with something quite otherworldly, Ashkal is a strong calling card for Tunisian writer/director Youssef Chebbi.

A young female police detective Fatma (Fatma Oussaifi) and her older male colleague Batal (Mohamed Houcine Grayaa) are called to investigate the burned body of a construction site caretaker. The initial conclusion is suicide by self-immolation, but a second victim a few days later prompts investigations to spread more widely. At the same time, the two officers are trying to keep themselves from becoming entangled in a web of police corruption and violence.

What starts out as seemingly a straightforward police procedural gradually becomes something much more profound and ethereal, with deeper meanings which I was not able to quite grasp, but which nevertheless had me hooked.

Ashkal presents unnerving, beautiful, colour-drained images of abandoned construction sites and highlights this stark architecture with an eerie, evocative score. It’s full of atmosphere and tension, and together they forewarn of something unsettling – but not all questions will necessarily be answered.

Ashkal opens with on-screen information regarding the cultural and political context of what we are about to see, which is helpful for viewers who may not have in-depth knowledge of Tunisia and its recent history. What it does not do is prepare the audience for some quite disturbing imagery which appears at key moments in the film. Be prepared.

Ashkal plays at the London Film Festival from 5th October 2022.