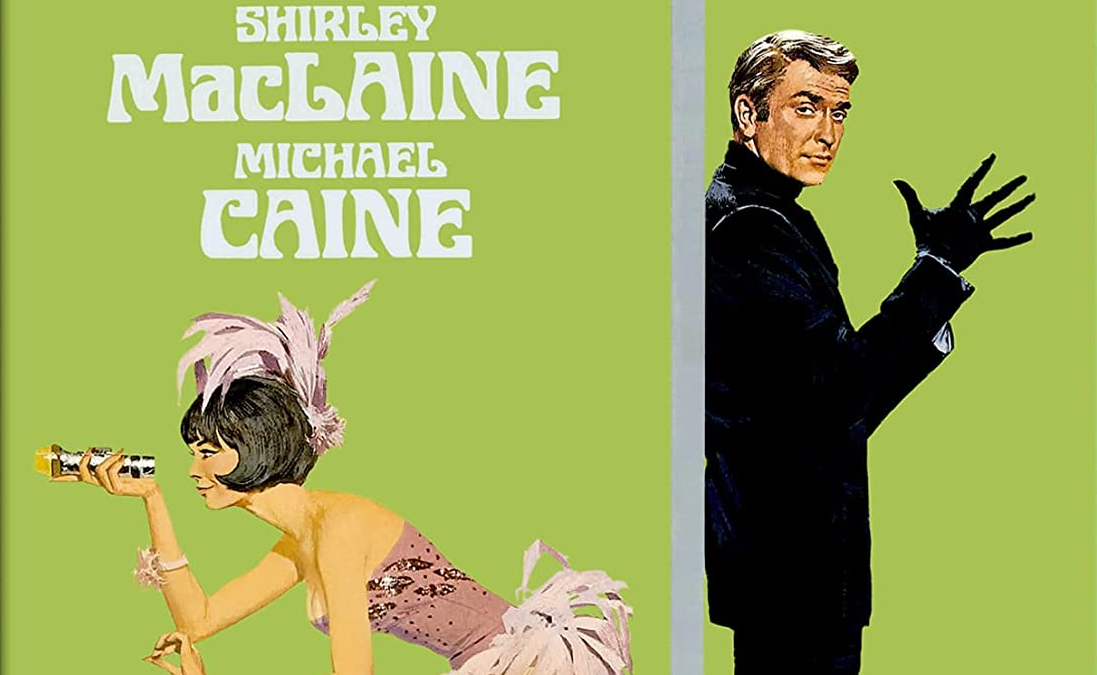 Gambit is one of the cleverest heist films ever to put to celluloid.  Kino Lorber has updated the transfer and special features for this Blu-Ray release.

Note: there is so much that could be spoiled in this film, which is 55 years old, and so many have NOT seen it. I’m going to keep things spoiler-free.

Gambit is more adroit than most of the other heist films you’ll see.  Much like the best crime films about criminals the film itself is running a scam on you.  By its end the long game it’s been playing has been so enjoyably fun to watch unfold you won’t care that you’ve been had.  Not just satisfied with top-tier career performances by Shirley MacLaine and Michael Caine with chemistry and heat to spare … Gambit manages to be almost perfectly designed, written, directed, and acted.

Cat Burglar Harry Dean (Michael Caine), not to be mistaken with Harry Palmer, is in Hong Kong to get himself a crew together to cape the caper of all capers.  The Mark is a Billionaire (this is the 1960s so imagine Elon and Bezos combined) with the priceless artifact they covet.  That crew is one person though, Nancy (Shirley MacLaine), a dancer in a seedy club in downtown Hong Kong.  The reasons why Harry and his fence need Nancy is the crux of the film and entryway to the richest man in the world Ahmad Shahbandar’s (Herbert Lom) apartment.  An apartment that houses some of the most technologically advanced safeguards money can buy (at the time).  Can Harry pull off the heist of all heists or is there something more valuable at stake?

Once one understands the setup and rules that Gambit is playing by the title will delight the right kind of audience.  That is not to say that the inverse is true.  Though critics close to six decades ago thought it was just something in the line of another cat burglar/heist film. Thus, proving again, the old William Goldman adage of “No one knows anything.”.  The Ronald Neame film delights in the twists, turns, and general roadblocks of a perfectly planned heist gone awry.  Gambit’s comedic prowess is in shifting expectations and dynamics within the heist/crime film genre with the lightest of touches.

For those that only remember Caine as Alfred and MacLaine as selling psychic wears will be shocked by Gambit.  MacLaine as Nancy delivers on all the promise of working with legends like Hitchcock and Wilder.  The actor is delightfully precise with her comedic timing and the way that she’s able to skillfully play the many dimensions of the role.  Caine is as good as MacLaine and is a great foil to her work. Though it’s Caine’s movie in a lot of ways, he’s differential to her as the script dictates but to smashing effect.  Once the movie really gets moving after the first 30-minutes, both actors make a feast of the specific tango they dance to for the rest of the run time.

To discuss more would be to ruin one of the best heist films ever made.  Needless to say that Gambit will play you for the mark you are.  By its end will have you smiling and pressing play almost instantly.

The Brand New 4K Restoration by Universal Pictures is as beautiful as the best of the technicolor widescreen films that did during the era.  The color reproduction simply pops off the monitor.  The image’s sharpness, contrast, and black levels are almost perfect.  There is nary a scratch of blemish during the length of the film.  Gambit has never looked better on home video releases and possibly in theaters.  Bravo to Kino Lorber for acquiring an amazing transfer for this release.

The archival commentary by director Ronald Neame is moderated by Severin Films’ David Greggory.  Neame first discusses is how he wanted to cut the film by 20-minutes and the success of the film, he feels, falls on his stars Michael Caine and Shirley MacLaine.  Details include how Michael Caine got his stage name, a great story of how MacLaine and Neame got to know each other, the power that MacLaine had over the production because of her box office power, how the book was adapted and came to production, MacLaine’s suggestion that the first thirty minutes her character would NOT speak, the way the camera and movement changed during the 60s and 70s and effected Gambit’s style, the casting and working with Herbert Lom, Neame’s friendship with Caine including some personal anecdotes including one about Lorretta Lynn, Neame’s family history (his father was a photographer, his mother was a silent screen star) and how he began to work in the UK and raised through the ranks, some great personal accounts that include being the youngest cameraman in UK working with David Lean (when he was an editor) and so much more, his admission that he love/hates working with actors, working with actors like Dame Maggie Smith, Walter Matthau, the trouble working with Judy Garland including getting yelled “get that British Henry Hathaway off my set” at him, almost getting fired from that project, and completing the final Garland movie, what attracted Neame to Gambit, MacLaine wanting to remake a Brief Encounter (to which Neame says “we all know is a stupid idea”), and much more.  Neame is a fantastic interview with Greggory interjecting when needed but the director gives some great technical information about the production but gets wonderfully sidetracked with great stories.  There are some huge spots of silence but the conversation with Neame is well worth it.

The second commentary is a newly recorded one by a trio of Film Historians Howard S. Berger, Sergio Mims, and Nathaniel Thompson.  The lively trio begins with their bonafides and a discussion of the lovely shot-on-location credit sequences followed by the patented 1960s Universal Studios backlot shots.  Details include the account of script/adaptation and the contributors, the early drafts of this film that were highly complex, Alvin Sargent’s involvement, the work of Jack Davies, the heist film rise in the 1960s, directors that they wanted, the work of Ronald Neame, Shirley MacLaine’s assertion of her authority as a star and how it benefited the production, the perfection of the film from each of the contributor’s eyes, the complexity of the script and film and how it shifts point of view, the work of Caine and MacLaine, Universal at the time of the production of this film, the way that it shifts into a romance and where you are actively rooting for them, how it worked in the UK film industry with rising through the ranks and how Neame navigated that along with David Lean, Emil Pressburger, and others, a discussion of the remake and its quality, the way that the film evolves into the film it is in the end and how that’s accomplished by script, direction and performance, and much more.  The trio gives a lively and entertaining track that shifts from informative, critical, and personal.

Gambit is one of the best heist films put to celluloid.  Kino Lorber has hit this one out of the park.  Highest Possible Recommendations!!!