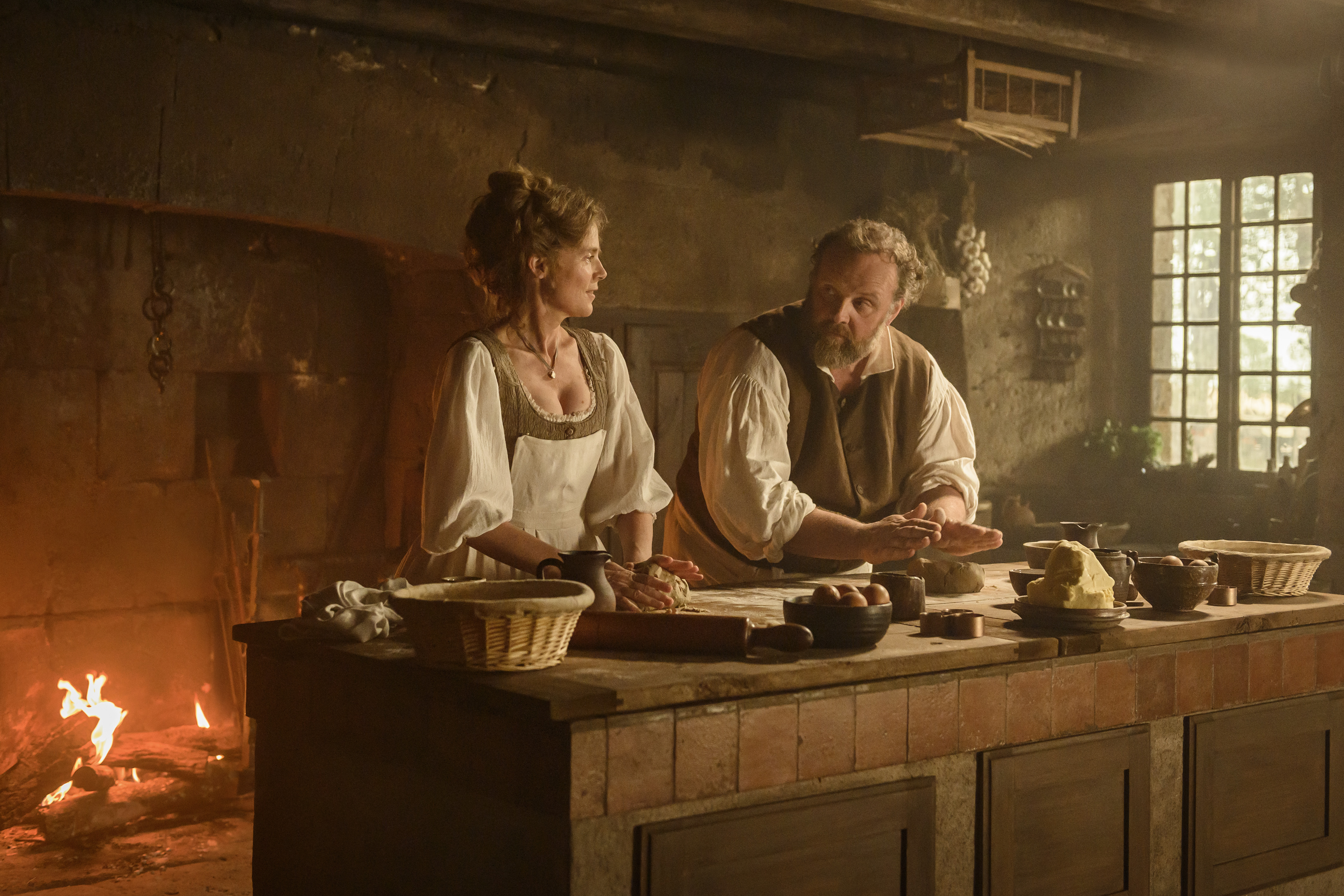 With the lightness of a soufflé, Delicious pits the whims of the aristocracy against the determination of a master chef in 18th century France. One of them will be made to eat humble pie …

It is the 18th century in France and, as is customary, poorly paid yet highly skilled artisans spend inordinate amounts of time preparing tiny morsels of exquisitely presented food for the bejewelled, bewigged and powdered aristocracy to promptly ignore or worse, criticise for sport.

Pierre Manceron (Grégory Gadebois) is chef to the Duc de Chamfort (Benjamin Lavernhe) and appears to be in his good books until the Duc’s luncheon guests decide to have fun throwing shade at the culinary creations instead of tasting them. Subsequently unemployed, Manceron returns to his hometown to eke out a living and is strong-armed into taking on an apprentice, a mysterious woman (Louise, played by Isabelle Carré) who says she was once jam-maker to a nobleman and who is now seeking a new life.

Deep down, the grumpy Manceron is waiting for the Duc to repent and recall him to the palace and it soon becomes clear that Louise is keeping something buried too.

And so we are treated to vignettes of French rural life, lots of chopping of vegetables, stirring of pans, tasting of food; the country folk get on with life as best they can, while the rich swan around demanding the best for themselves on a mere whim. ‘Twas ever thus.

Delicious is a visual delight, beautifully designed to reflect any number of paintings of pastoral French life which may hang on walls all over the world. But it’s also a gentle story of revenge and how far people will go to feel that justice has been, ahem, served. It’s clearly advocating for liberté, égalité, fraternité, and has little to no sympathy for the aristocracy, delighting in their public humiliation.

It’s not a hard-hitting film by any imagination, but it is pleasant and entertaining enough, and it is easy on the eye.

By the end, the film would have you believe that Pierre and Louise appear to have collectively invented French fries, created the concept of a restaurant, and instigated the French Revolution – but with such charm and gentleness that its silliness can be overlooked.

Delicious will be released in theatres and on video on demand on 14th January 2022.