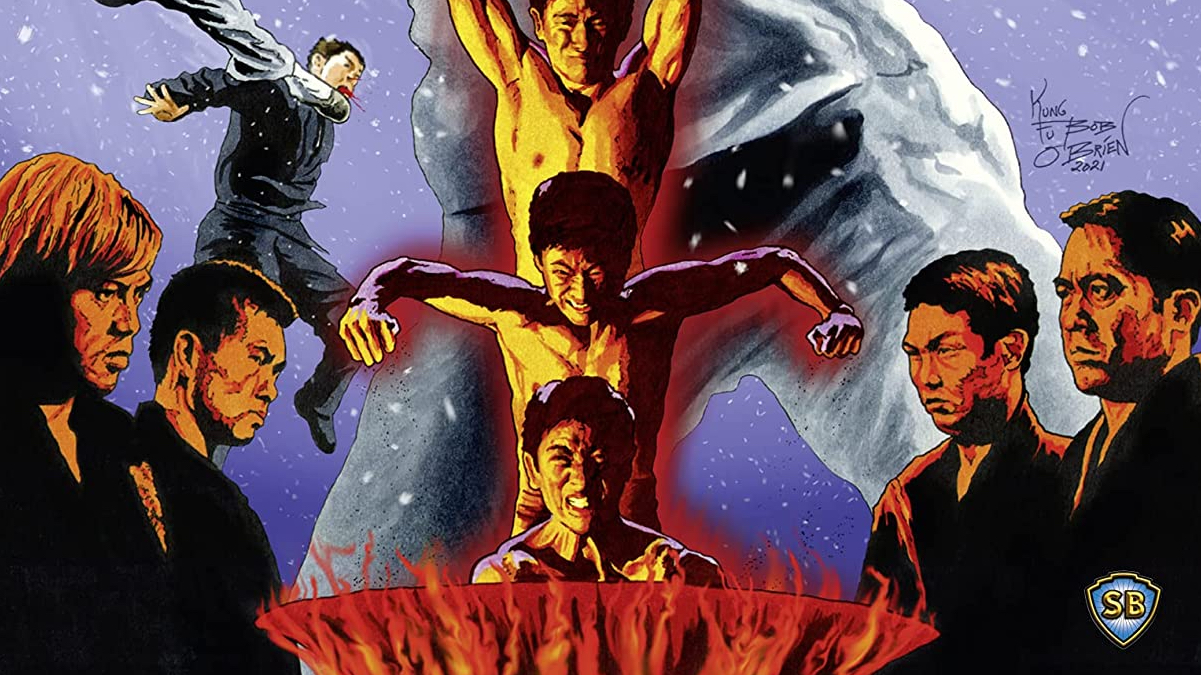 88 Films comes out swinging with their US Debut Blu-Ray The Chinese Boxer.  The Shaw Brothers Classic is brimming with special features and a perfect transfer.

Regardless of what era of Martial Arts films you grew up on or even like currently, The Chinese Boxer will astound.  “Jimmy” Wang Yu stars in and directs this Shaw Brothers Classic.

Lei Ming (Wang Yu) is your average young man in China.  He works at the local rock quarry with his friends and has a passion for Kung Fu Club where he and his friends are devout practitioners.  Of course, the Club is tested by a Japanese/Judo practitioner.  It is only a matter of time before that criminal brings in more Japanese to “take care” of the issue.  They murder Lei Ming’s friends and Master leading to his vow for vengeance.  Lei Ming’s thirst for blood will only be satisfied once these gangsters are dead and his Master is avenged.

Yes, The Chinese Boxer’s plot is tired and well-worn one.  The action is as fresh as when they produced the film in 1969 – 1970.  There is a reason that this Shaw Film is so legendary, and it lives up to the hype.  The action direction with the camera movement in unison with the choreography would influence literally every piece of action cinema released over the next fifty years.  The way that camera, actor, and movement move artfully as one is something that the legendary directors of action like Woo, Hark, the Wachowskis, Tarantino, even Nolan attempt to achieve in some form or another.

This isn’t a case of the action being stilted or in some form or another must be excused because it’s “antiquated”.  The Chinese Boxer is as feels as fresh it must have seemed in 1970 when it was released. If anything with the advent of the PG-13 non-bloody martial arts film this with its geysers of technicolor (would it be Shawcolor??) blood is almost designed to rock an unsuspecting audience member.

The Chinese Boxer’s Kung Fu, like its hero, is so so so so very good.  The best in fact.  Anyone looking for only so-so Kung Fu should look elsewhere.  This film is for the professionals and adults.

Trigger Warning: the film does have a scene of rape.

The Restored HD Master in its original 2.35:1 Aspect Ratio is nothing short of a miracle.  The image is almost 3D with its combination of perfectly modulated sharpness, color, contrast, and black levels.  Having watched the film three times there is nary a scratch, fleck of dirt, any spot, sign of age, or wear and tear.  This is one of the best transfers of the year, hands down.  Bravo to 88 Films!!!

The newly recorded commentary by Film Journalist Samm Deighan is an informative, entertaining track.  Some of the details include the career of Jimmy Wang Yu and the success of The Chinese Boxer, how the film changed the landscape of martial arts films, the HK/Chinese studio system and film production during the 1960s and 1970s, a discussion of the wildly successful One-Armed Swordsman, Wang Yu’s breakup/shakeup at Shaw Brothers Studios, a discussion of Master of the Flying Guillotine which Wang Yu directed, a history of The Shaw Brother Studios, a discussion of what the Wuxia genre consisted of and how they evolved into other genres like the crime thriller ala John Woo and the Ghost stories, how The Chinese Boxer moved away from the Wuxia genre, the various actors that appear in the film including Wong Ping, Lo Lieh, the rise of the Japanese Villain in The Chinese Boxer and other films during the era, a discussion of the rape scene in the film, the anti-Japanese racism of the film and films of this era, the Sino-Japanese War which lead into WW2 and Occupation of China by Japan, how some of the visuals are akin to super hero and pandemic imagery (with surgical masks and gloves that are worn by the hero), the work that Wang Yu did with Golden Harvest, the rise of Golden Harvest, interesting production details about the fight in the snow that proceeds the finale, how Wang Yu and the Shaw Brothers ended their relationship and how that effected where he could make films, some truly interesting and sometime crazy stories about Wang Yu, and much more.  Deighan’s tracks are always the gold standard of informative, deeply researched, entertaining tracks.  This one is no less.

Open Hand Combat: David West on The Chinese Boxer (17:29) – in this all-new interview with historian David West discusses The Chinese Boxer and its place in the pantheon of Chinese Action Cinema.  Some of the details include the difference between Mandurian and Cantonese martial arts films, how influential this film was and how it evolved into Bruce Lee and Jackie Chan’s filmography, the career and personal life of Jimmy Wang Yu, and his propensity for actually fighting people during his time as a Star, a crazy anecdote about Jackie Chan getting help from Wang Yu to get out of a contract, the film and its construction, the influence of Akira Kurosawa, and much more.

Wong Ching at Shaw: Interview Wong Ching (13:46) – in this all-new interview with star Wong Ching discusses his career and working with Wang Yu on The Chinese Boxer.  Some of the details include how he began in the Hong Kong Cinema, his work as a Stunt Man which was different than being a Martial Artist on set, being mentored by Wang Yu, the changes he’s seen in the industry, working with various luminaires directors of HK/Chinese Cinema, and much more.

US TV Spot (0:31) – one should watch this TV spot just for the mere fact that it illustrated perfectly how terrible Pan&Scan was for a beautifully composed action film such as this.