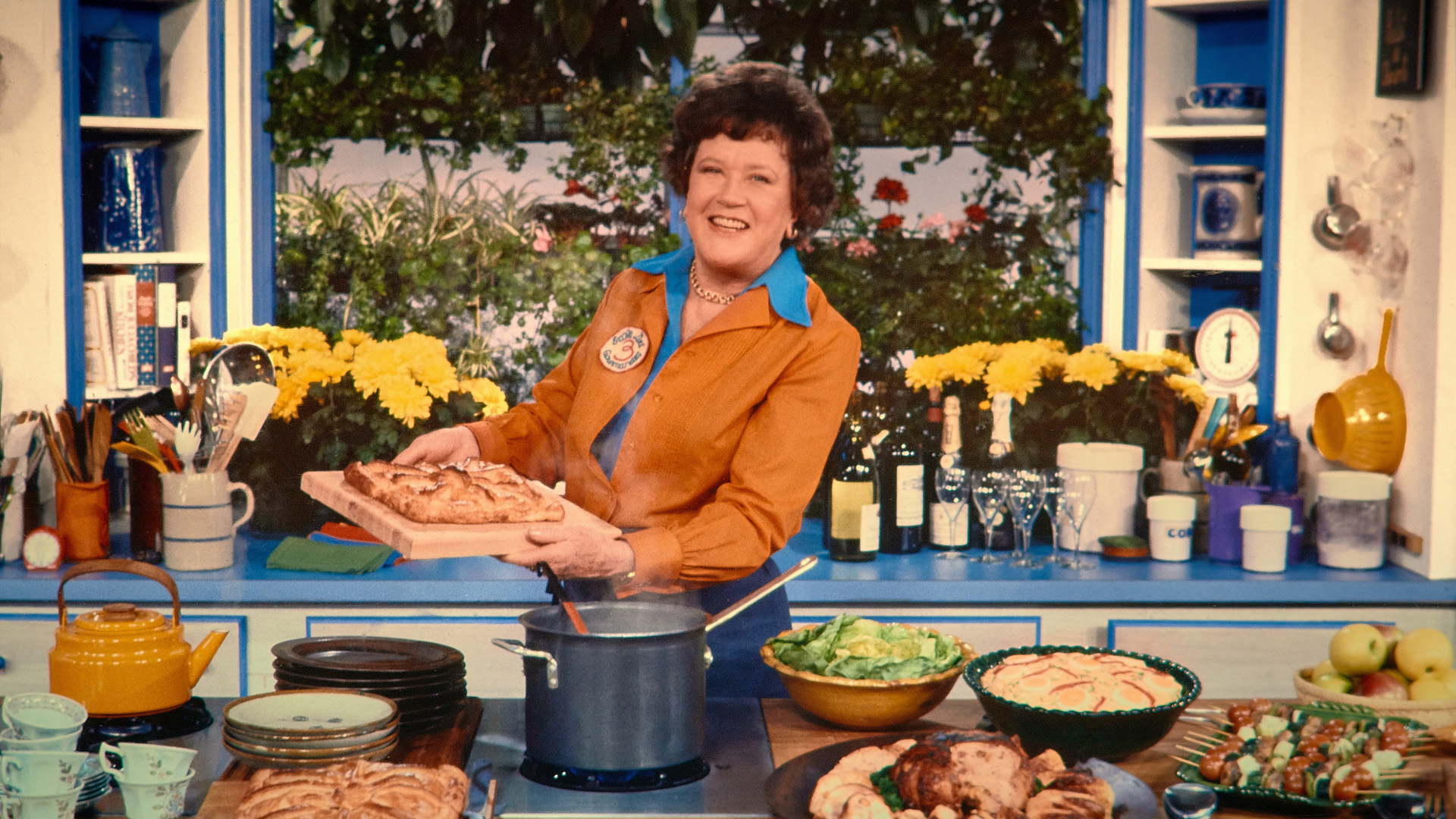 You know when a documentary about Julia Child begins with Jimi Hendrix’s Fire you’re in for a treat.

Julia the newest documentary from filmmakers Julie Cohen and Betsy West of RGB fame brings the same sort of sensibilities to the life and times of legendary Chef and Author Julia Child.  Rather than a stately affair filled with talking heads, Cohen and West create a film alive with the voice, words, and images pulled from Child’s own life and personal archive.  The film is not a list of checkboxes of “what made Julia Child important” as other biopics would have done.  Rather Julia breathes life and soul into a figure that many do not know from firsthand experience but rather from other medias interpretations of her.

The brisk 95-minute film never feels like a “greatest hits” compilation though it moves through joining the Army’s OSS branch as a typist to being stationed in Sri Lanka to the courtship with her husband Paul to moving to France and finding her love of cooking intertwined with her love of Paris and France in less than twenty minutes.  What it does is allow for Julia to chart her time at the Le Cordon Bleu school in Paris, the creation Mastering the Art of French Cooking Vol. 1 and Vol. 2, the surprise success of her cooking show fighting sexism, breast cancer, and advocating for Planned Parenthood.  It’s all done in an engrossing and entertaining style that made RGB such a successful documentary.

Julia is by no means a puff peace as it does tackle some of the trickier aspects of her personality with the battles with co-authors and her attitudes toward the LBGTQ community.  Though in each case they show how open Child was to change and how her viewpoints changed, even late into her life.  Director/Producers Julie Cohen and Betsy West have done it again.  Taken a towering figure in culture and given her story a voice that is as mindful, considerate, and entertaining as the subject herself.  As Mrs. Child would have said … Bon Appétit!!!