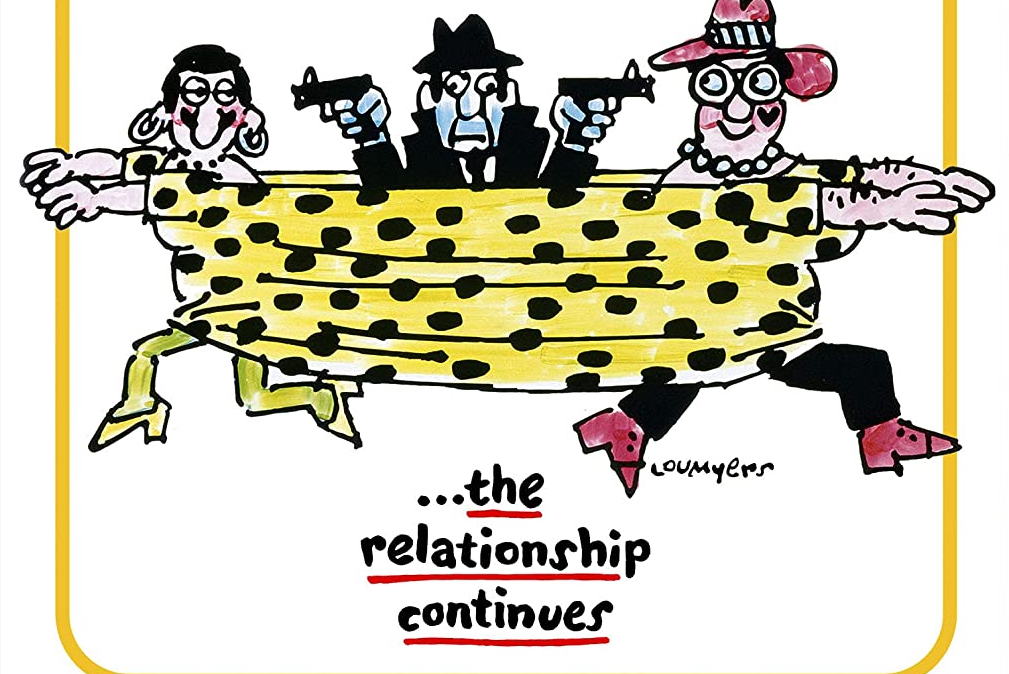 Albin and Renato are back, and the Mob is after them in La Cage Aux Folles II.  New to Blu-Ray from Code Red.

In the wake of the worldwide success of La Cage aux Folles it was only a matter of time until they made a sequel.  Simply titled La Cage aux Folles II the film takes Albin and Renato from wedding bliss to midlife crisis and the mob trying to kill them.

Albin (Michel Serrault) and Renato (Ugo Tognazzi) after the events of the previous film have settled down into a blissful marriage routine.  Renato has the unenviable task of trying to get Albin and her stage persona ZaZa to sunset from the sensual chanteuse singer to a more comedic act.  Albin will have none of it and as is the course begins a dramatic turn.  What Albin does not realize is that she’s put herself into the middle of a criminal sting operation that ends with Albin being in the middle where all parties are looking for a vital “microfilm” that could put many in prison.  Albin and Renato go on the run as only Albin and Renato can.

The sequel is good as sequels go.  It is not the success that La Cage aux Folles is but that is lighting in a bottle.  The sequel’s concept of creating an action thriller around Albin and Renato is ingenious.  It never truly takes the concept to the comedic possibilities that are inherent within.  The script would rather remix the scenes that were made famous in the first film than try to mine newer comedic gold.  So, for those that wanted to see straight men learning how to be gay men by a gay man … this one is for you.

At its core, the film wisely is focused on Serrault’s Albin and Tognazzi’s Renato.  There is a lived-in quality to their relationship.  The way the two play each other’s foil works wonderfully as it had in the original.  Serrault is center stage here with Albin in full midlife crisis and beautifully confusing tangled mess (in the best way possible).  The actor plays arched and over-the-top, but it isn’t insulting or some cliché or a cheap joke.  Serrault plays Albin as one who has been on stage in one form or another for decades with the reactions of a diva from that era.  The performance minus one very tone-deaf moment is as funny as it is genius.

La Cage aux Folles II could have been the equal to the original in every way.  The concept they had provided them the chance.  It was just the rush execution from script to screen that diminishes the returns on this sequel.

TRIGGER WARNING: There is an entire scene played in Black Paint, not just Black Face but the entire body.

The transfer provided to Code Red is generally sharp and free of scratches, dirt, and issues. The handsome image is at its best when the French Seaside and its muted pastel color palette is on display.

The only special features are a collection of trailers including La Cage Aux Folles II (2:52), Maria’s Lovers (1:36), The Hound of Baskerville (2:25)