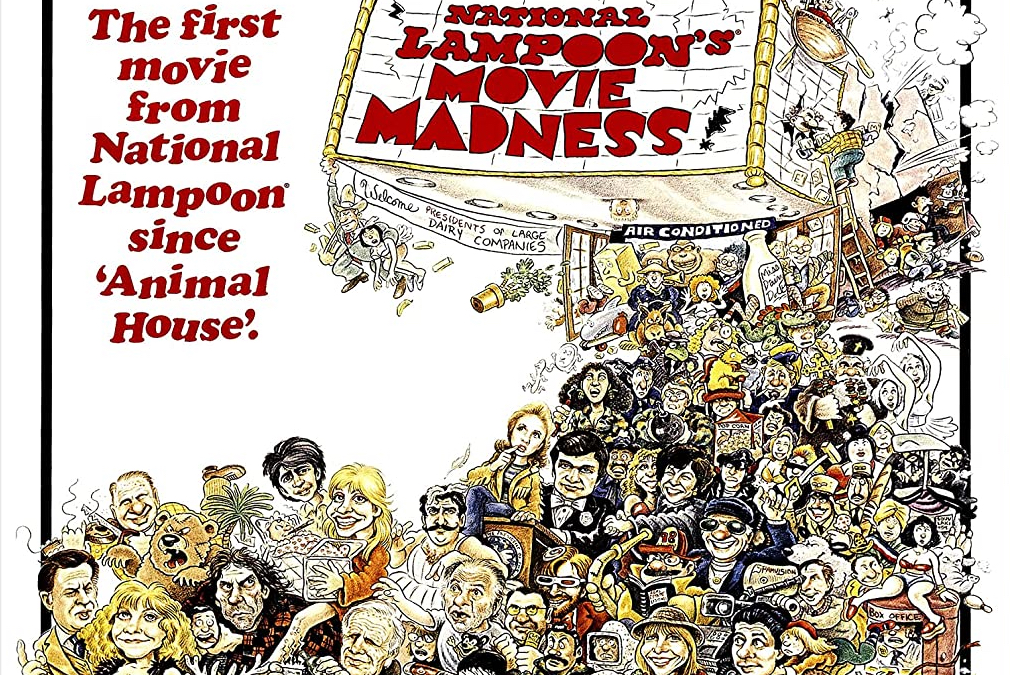 National Lampoon’s Movie Madness is the rarely seen or on video follow-up to Animal House. Code Red / Kino Lorber has released the film on Blu-ray.

The anthology film is low on laughs but high on fascination level. Even more so with consideration of the talent involved it’s an all-around misfire.  Though, the titles for the segments are clever.

Jason (Peter Riegert) decides he’s better off without his wife Susan (Candy Clark) and kicks her out.  This begins calamity after calamity as straight-faced Jason continues his morbid ego-centric journey to nowhere.

Dominique (Ann Dusenberry) fresh out of college gets a job as a … stripper.  After being assaulted by who else, shitty old white businessmen, she goes on a journey of revenge.  The revenge never happens but Dominique climbs the ladder quickly (in three days).

If you think that jokes surrounding what is called a “butter bang” or a 17-year-old Diane Lane showing up as a 14-year-old model that’s having a sexual relationship with a 40-year-old man this is the movie for you.  Having lucked into a success because they hired actual screenwriters, directors, and comedians that actually knew how to act Animal House was a surprise success.  It feels as though Movie Madness is the anthesis of that. If Animal House was fueled by talent, smarts, AND drugs then Movie Madness appears to be the work of drugs and hubris.

The main problem is it is a parody without parody.  Other than the “cop” section nothing really works as an out-and-out parody or satire of any genre of film.  You get the gist of things but there is little to any specificity to its comedic barbs. Again, going back to the “butter bang” joke … that’s the median one is dealing with.

There are bright spots.  Lloyd as the serial killer brings that sort of frazzled manic-contained energy here.  Robby Benson also is a bright spot taking his squeaky-clean image to task and having some pratfall-induced jokes at its expense.  But everyone else is stranded in a way that they are just going through the motions.

The transfer provided by MGM/UA is a decent one.  The image is generally sharp and in good shape.  The color reproduction is a bit muted, unsure if this is either the quality of the image itself or the transfer.

National Lampoon’s Movie Madness is a morbid curiosity for those that have read about it and have never gotten a chance to see it.