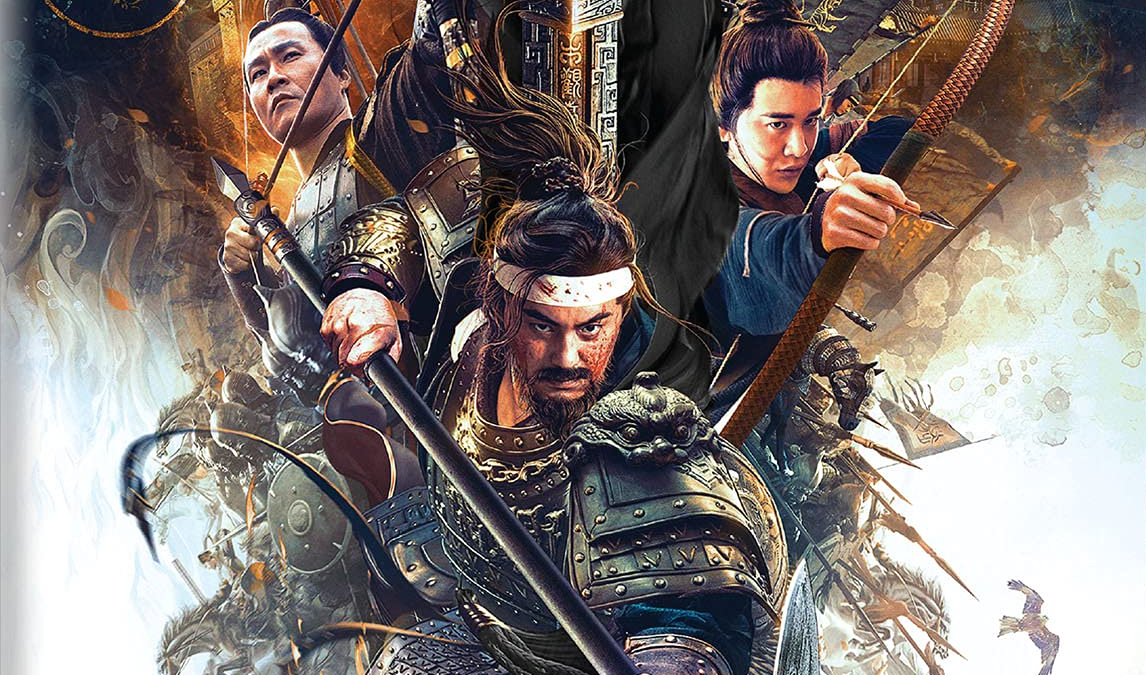 The Death of an Emperor. Political intrigue.  Rebels.  Two swords.  A Daughter.  Wuxia.  Wuxia.  And more Wuxia.  All under 90-minutes. New to Blu-Ray from Well Go USA.

One can appreciate the fact that The Emperor’s Sword is not an over-bloated epic 3-hour venture though a bit of narrative padding would help the lean action film.

Zhao Gao has just ended the rule of Emperor Qin Shi Huang, though his coupe is not completed until he has the two swords of Qin Shi Huang.  It is only Ji Lian and a small band of committed loyal subjects that stand in his way of finding the swords and the young witness to the massacre.

The film’s biggest asset and criticism are that it is light on story and heavy on action.  Directors Chen Hao-nan and Zhang Ying-li impressively stage everything from epic battles to moments of tension in a cat-and-mouse chase.  Their eye for action and composition shows that their career has only begun. Their best moment is the mid-film search for the sword at the Inn where all parties convene.  The way they are able to wring tension in the set-piece with moving cameras shows an impressive amount of control and skill that one hopes they continue to develop.

The biggest problem is the brevity that’s spent on setup and story.  The history/story itself is intriguing enough that one wishes they had spent more time on the coup and Zhao’s need/quest for power.  Yes, it’s been done before but because it’s been done before does not mean it should be breezed over.  It causes issues throughout as the conflict and stakes are set but not so much that we’re fully invested in everything that happens.

The Emperor’s Sword is impressively designed, staged, and executed.  One just wishes that with something as impeccably made that they’d given more thought to giving more of the runtime to proper context and setup.

The Blu-Ray transfer provided to Well Go USA is a beautifully sharp image.  The shot-on-digital film looks gorgeous showing off the impressively color-graded film.  There is nary a defect or artifact in the transfer.

The Emperor’s Sword has action, intrigue, and more.  Recommended.