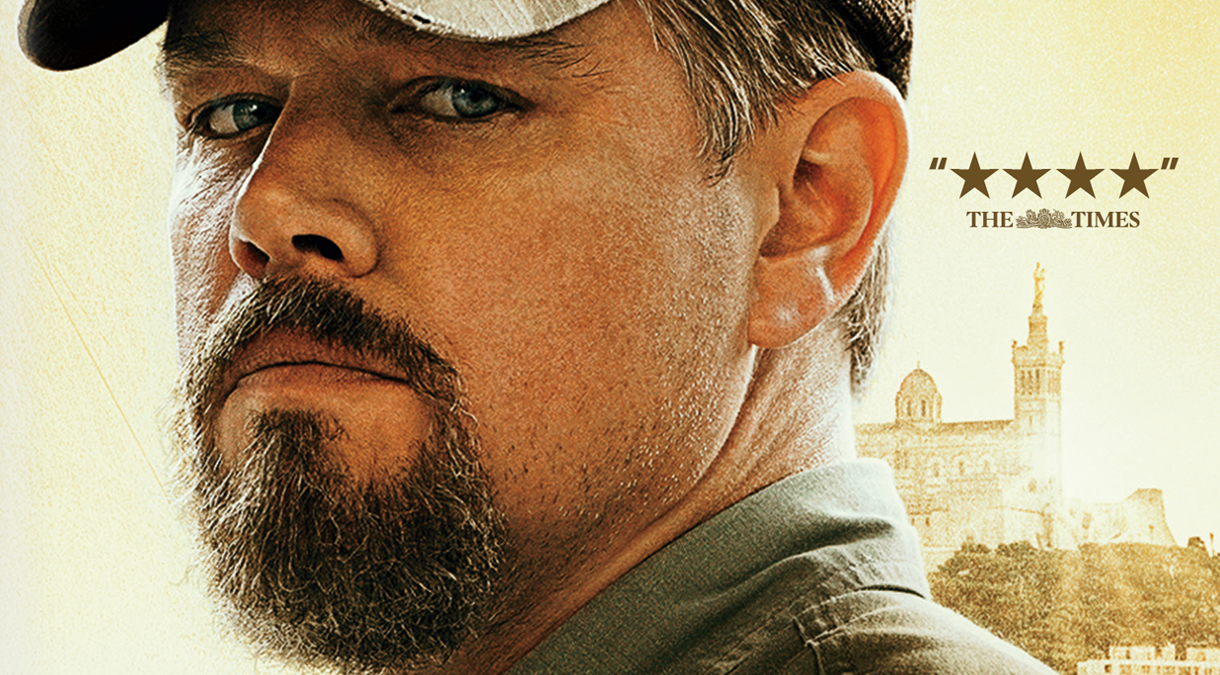 Matt Damon stars in one of the best films of 2021 the drama mystery Stillwater directed by Tom McCarthy.  New to Blu-ray from Universal.

Stillwater is the kind of dramatic thriller that was produced by the handful but as of late has become a rare breed.  Co-Writer/Director Tom McCarthy gives both Matt Damon and Abigail Breslin their best roles in recent memory.

Bill Baker (Damon) is an Oil Rig Roughneck that takes work where he can get it.  Bill because of his mother’s ailing health is forced to go to France to see his daughter Allison (Breslin) who was convicted of murdering her girlfriend five years ago.  It appears the Allison may have a lead on the person responsible for the murder.  Finding no help from the Lawyer, Bill begins his methodical journey to find the killer and free his daughter.

Matt Damon continues to show why even now in his 50s, is one of the premiere Stars working today.  Bill Baker could have been played by anyone, but it is only Damon that could bring it with the sort of unfettered verisimilitude that is imbued in every scene.  There isn’t a single moment that feels belittling or inadvertently cartoonish.  As we watch Bill acclimate into a new society, Damon shines, stumbling his way through as he finds a new lease on life.  Though it is the final third where Damon does some of the best work of his career.

Abigail Breslin is the surprise here.  Since her debut in Little Miss Sunshine, the actor has always been a luminous joy onscreen.  Here she uses that image to devastating effect.  Breslin as Allison is someone who has never counted on her father or anyone for that matter.  Someone like her father who’s internalized every piece of disappointment and hurt.  Much like Damon, the final moments are the very best in Breslin’s career.

McCarthy since his truly amazing debut The Station Agent (one of my father’s favorite films) the director has always been adept at giving us a human face to the outsiders within his films.  Stillwater is no different, giving you a film that is not what you are expecting.  Those expecting a race against time to free someone innocent will be sadly disappointed.

Instead of the genre conventions of a “racing clock” narrative that many of these types of plots adhere to the script sides on removing the tick-tick-tick of that type of narrative.  Screenwriters McCarthy, Marcus Hinchey, Thomas Bidegain, Noé Debré craft a human drama not about the legal system or injustices but rather human foley and frailty.  Though through that character drama there are truly memorizing moments of tension and drama that are adroitly set up, especially in the harrowing third act.

Stillwater is one at its end a truly unexpected thrilling piece of drama. It is the unexpected that truly elevates this to a must-see film.

Shot on location by cinematographer Masanobu Takayanagi in both Oklahoma and Marseille Stillwater may not at first glance be designed to show off Blu-ray’s image quality but it is.  The digitally shot film is gorgeously transferred to Blu-ray by Universal.  The handsome image is razor-sharp with pitch-perfect color production finds surprising depth in the image that goes from the tornado-ravaged Oklahoma to scenic high cliff beaches of the south of France to graffiti-infested tenements to an Olympique de Marseille Club Match and all the way the transfer never falters or falls short.  Universal has done a wonderful job giving Stillwater its best foot forward on home video.

Note: Universal’s GUID allows you to “Play All” on the three features.  A nice added bonus!

An Alchemy of Viewpoints (5:17) – this featurette focuses on building the characters of Stillwater and the work that went into the realism that Damon and the rest cast and crew brought.  Comments by Damon, Breslin, Camille Cottin, Lilou Siauvaud, director McCarthy, and costume designer Karen Muller Serreau.

An American in Marseilles: The Locations of Stillwater (3:15) – this featurette focuses on Marseille as a character in the script and production shooting there and also shooting Oklahoma and the differences.  Comments by Damon, Breslin, Cottin, director McCarthy, and producer Jonathan King.

Stillwater is one of the best films of 2021.  Highest Possible Recommendations!!!

Universal’s Blu-ray Edition of Stillwater is out now