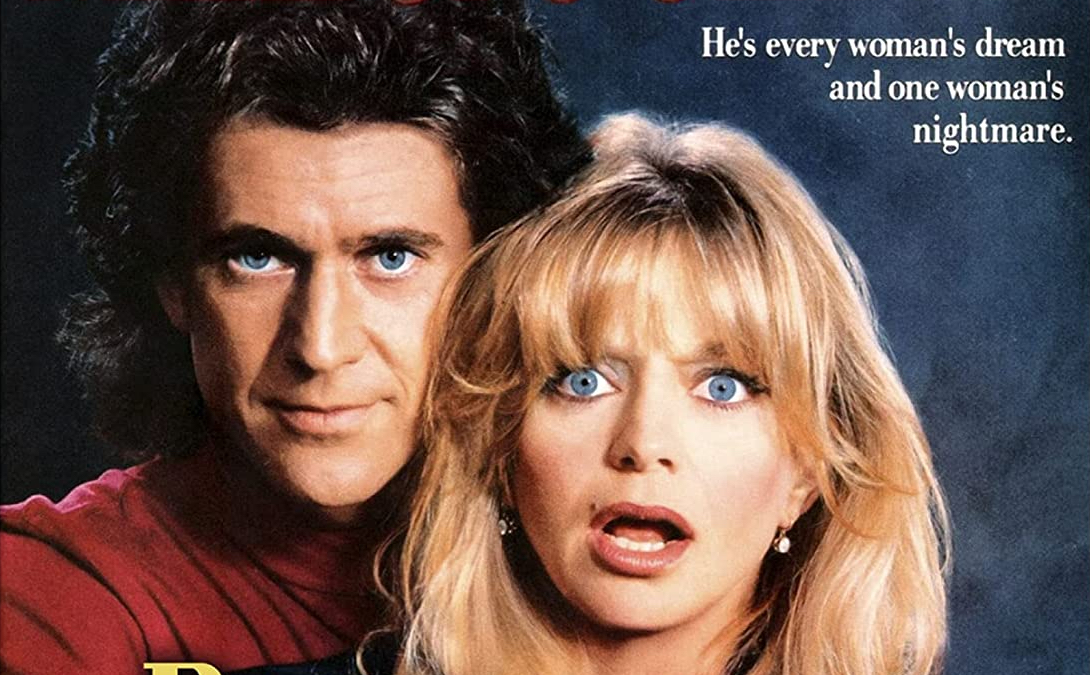 John Badham’s action-comedy Bird on a Wire comes to Blu-ray thanks to Kino Lorber with a new 2K HD master and extras!

Rick (Gibson) is put into protective custody after a drug deal gone wrong causes the death of his best friend and jails Sorenson (David Carradine), a crooked federal agent.  Twenty years later Rick is still in witness protection, and a recently released Sorensen has more than a nice reunion in mind.  Sorenson along with fellow ex-partner Diggs (Bill Duke) are attempting to hunt down Rick.  Rick would be dead if it isn’t for Muffie (Hawn).  Muffie’s ex-hippie revolutionary turned Corporate lawyer by random chance see Rick, the love of her life who left her at the alter because of said drug deal gone awry.  Now trying to stay alive argue and fall in love all over again on the run.

Badham’s film was made at the right moment.  The Wonder Years was about to premiere.  Gibson and Hawn were at the apex of their charisma and sex appeal during their Super Star days.  The ‘60s ephemera like music, clothing, and lifestyle hadn’t been co-opted yet by corporations making a buck.  Everything that Bird on a Wire does is still fresh and not anchored to the clichés and trends that we know as ‘60s nostalgia.

The surprise of the film is not just the chemistry of its stars but the expertly executed action set pieces.  Often films that are action romantic comedies drop something in the mix.  Bird on a Wire manages that trick balance of all three and does it well.  The action is aces as the stunt team manages some truly exciting and amazing stunt work here.  Whether it’s a car outrunning a train or a Crop Duster evading Helicopter or the finale filmed in a zoo enclosure with live animals there isn’t anything here that’s stunning for an action fan.  All done real for reel and pretty amazing with consideration of how much is CGI nowadays.  A special note of the work done by stunt coordinators Mic Rogers, Betty Thomas Quee, and Monty Cox.

Bird on a Wire is still a solidly entertaining action romantic comedy.

The Brand New 2K Master provided by Universal is generally a good solid handsome image. There are a few minor specks of dirt but is a vast improvement over the terrible DVD from close to two decades prior.  Color production, contrast levels, grain structure, and sharpness are all beautifully rendered here giving the film a much-needed upgrade from other home video versions.

The all-new audio commentary by Director John Badham, Producer/Second Unit Director Rob Cohen hosted by Film Historian/Filmmaker Daniel Kremer.  Much like the trio’s commentary to The Hard Way it is a lively affair with Kremer doing a good job as host and prompting questions. Some of the details include the opening with the use of Age of Aquarius, working in Vancouver BC, working with Goldie Hawn, how Bird on a Wire came out of a delay in making on The Hard Way, working with Mel Gibson, how they cast both Gibson and Hawn with only 30-pages of the script, working and casting Stephen Tobolowsky, working with Stunt Coordinator Mic Rogers, technical and straight ahead discussions of how Badham and Cohen worked as Director and Second Unit director (especially with action), working with David Carradine, working with Bill Duke, the contribution of screenwriter David Seltzer and how he shaped the script, working with Hans Zimmer, shooting with the Super35, the differences and troubles with working in the Anamorphic format as opposed to Super35, a great discussion of the newer techniques as opposed to how the film was produced in 1989, the release and marketing of the film, the success of the film, how they achieved the 3rd act action scene and what Cohen called “the hardest shoot of his life” (which is still the case), a mishap with an alligator and Gibson, another alligator anecdote from Cohen while shooting Miami Vice, and much more.  Badham and Cohen give a hugely informative commentary track that’s not just people discussing what’s on screen.  Well worth your time to listen, especially if you’re a fan of the film.

Bird on a Wire is still an entertaining summer-action romantic comedy.  Recommended!!!