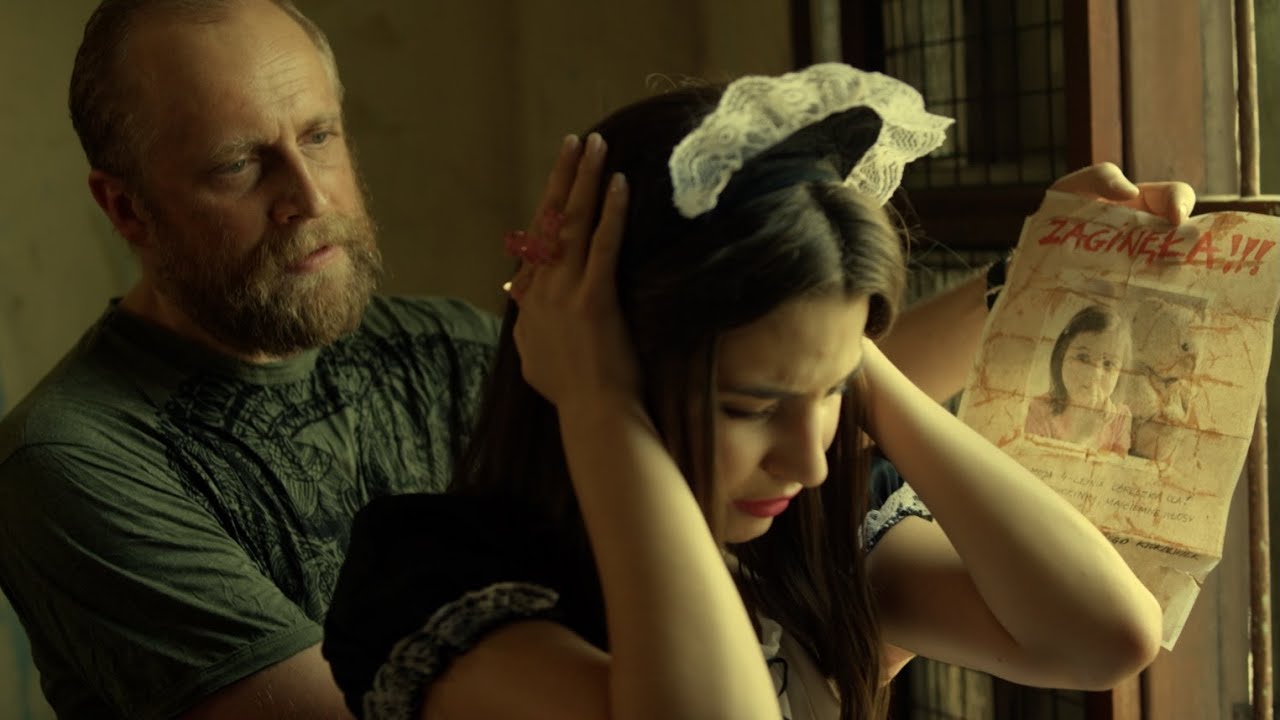 A Polish police officer undertakes a decades-long journey across the globe in search of a child abducted by the Russian mafia – will his guilt subside if he is successful?

Small World, the latest from Polish director Patryk Vega, is a film with a powerful premise.

It leads with the abduction of a 4-year old girl from a small town in Poland, near to the border with Russia, after which it very quickly becomes a story of global human trafficking, with the screen populated by some vile and utterly repulsive characters.

Leading the international search for Ola is the police officer Robert Goc (popular Polish actor Piotr Adamczyk, soon to be seen in the upcoming Hawkeye mini-series). Goc narrowly missed stopping the abductors as they crossed the border into Russia, and is consequently wracked with guilt, a guilt which spurs him on to employ some occasionally cavalier methods of investigation in an effort to find Ola.

The first third, then, dares to raise the tiniest corner of the shroud of secrecy under which the black market for human trafficking occurs. It’s bleak, and there are some very dark events taking place. And as we see through Robert Goc’s eyes, there’s no doubt that law enforcement officers around the world who deal with such crimes face a tough time of it.

Having taken the time to establish the environment in which everyone is working then, the film suddenly takes a weird (and unwelcome) turn. Not content with unpicking the trafficking concern, the film decides that it wants to experiment with other things as well. Over the remainder of its runtime, it tries being an uneasy erotic thriller, a shoot-em on the streets police drama with car chase, a renegade cop story in which a woman is tortured, a psychotherapy session with a doctor of questionable ethics and even involves a Satanic cult. It becomes such a mish-mash of tropes that the true kernel of the story (and the plight of the millions who are trafficked each year) is swept into a corner.

Small World works when it is at its bleakest when the audience can see what is happening to the children, and it would have done well to realise this and stick to the original assignment. But the attempts at recreating a Kubrickian Satanic house party, or a self-reflective police officer questioning corners of his own psyche as Pacino does in Cruising, should have been left well alone.

The film may have also damaged international relations with its evisceration of the efficacy of the Russian police in the matter, and its allegations of institutional corruption.

With so much going on in the two-hour runtime, the script doesn’t help. The dialogue is leaden, and when one of the villains is the person yelling out the statistics of black market human trafficking at the back of the head of the departing police officer, then something is definitely amiss.

Unfortunately for Small World and Patryk Vega, it tries to do too much and fails on most counts. It had an opportunity to be either an international crime-busting action story, or something extremely sincere and important, but it’s neither one thing nor another; it needed to pick a lane and stick to it.

Small World will be in cinemas in the UK and Ireland from 17th September 2021.