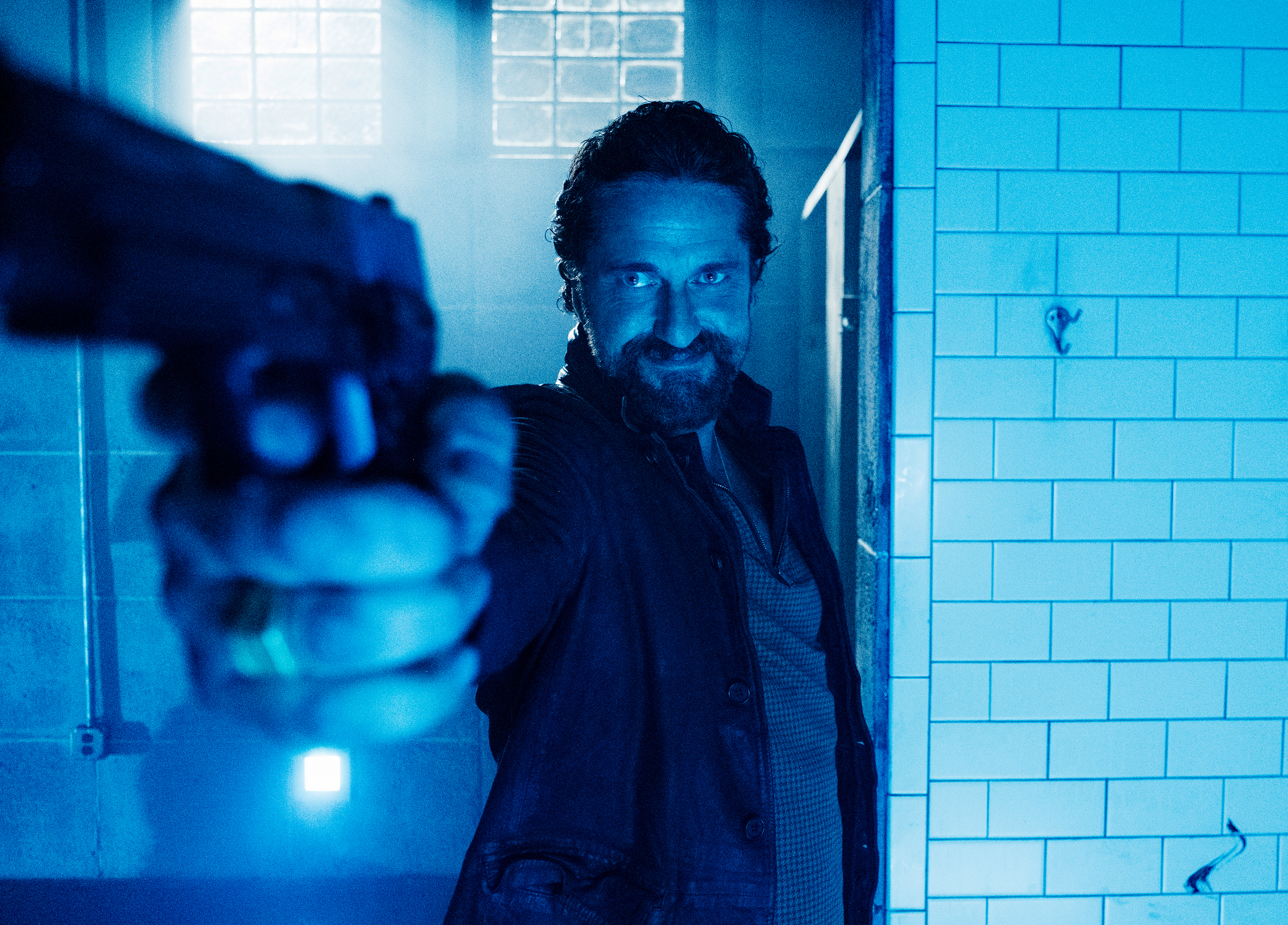 Writer/Director Joe Carnahan and Frank Grillo are back with the action-comedy siege film COPSHOP.  They’ve brought Gerard Butler along for the wild ride but it’s someone else that steals the show.

Part of the fun of any truly great action film is finding a compelling lead.  To add skill points is to be able to bury the lead is through a series of misdirects.  If you’re averse to spoilers stay away from a more detailed review below.  It’s light spoilers but if you want to go in fresh, which I understand completely, I’ll give you the short version.

If you’re into the classic siege films like Rio Bravo, John Carpenter’s Assault on Prescient 13, Die Hard, or any single location action film of your choice then COPSHOP has got you covered. The film is director Joe Carnahan at his most violently playful, giving us a crime story that would make Elmore Leonard chuckle at its existentialism and verbose dialog.  Grillo and Butler are as machismo macho as you want them to be.  COPSHOP does not hold back in giving the two actors a few times to go heads up.  The film manages to have more than a few tricks up its sleeve narratively speaking that are designed to surprise.  As siege films go COPSHOP excels at being top-tier genre entertainment.

Alright, I would suggest watching the film and coming back.  If you go any farther then you run the risk of getting some light-light spoilers.  As someone who only watched the trailer once, I appreciated that much of the film was held back.  With that in mind…

The delight in Carnahan’s film is similar to the moment in Smokin’ Aces when the bounty hunters played by Ben Affleck, Peter Berg, and Martin Henderson plan everything out elaborately and only to be gunned down by the Neo Nazi’s led by Chris Pine?  COPSHOP feels like that kind of energy when it comes to its narrative wild card (pardon the pun) tendencies.  It is the film’s primary strength, its superpower if you will.  COPSHOP is willing to take any character and put it into the proverbial meat grinder in service of keeping you on your toes.

In COPSHOP; Right is left.  Up is down.  Sideways is always sideways.  Carnahan and fellow screenwriters Kurt McLeod, and Mark Williams fill the siege film with enough curveballs to keep one guess from moment to moment unsure who will survive this entire tale of crooked lawyers, corrupt cops, politicians, dead gaming commission officials.  What they have done is not only created a great piece of 1970’s throwback pulp fiction but a starring vehicle for Alexis Louder.

As Sheriff Deputy Valerie Young, Louder is the sort of hotshot gunslinger that would usually be an insufferable cliché of a male authority figure we’ve seen before.  Louder brings all the gravitas and charisma to the role that any of her contemporaries could muster.  At every turn, the film defies our expectations of Valerie’s fate and eventually becoming the hero of the piece and absolute badass we want to see more of.  COPSHOP could very well be a one-and-done.  But it could also start as a jumping-off point for a series of films with Louder and Butler as these characters with intertwined fate.  This reviewer for one hopes it’s the latter and not the former.

Copshop is in theatres September 17th