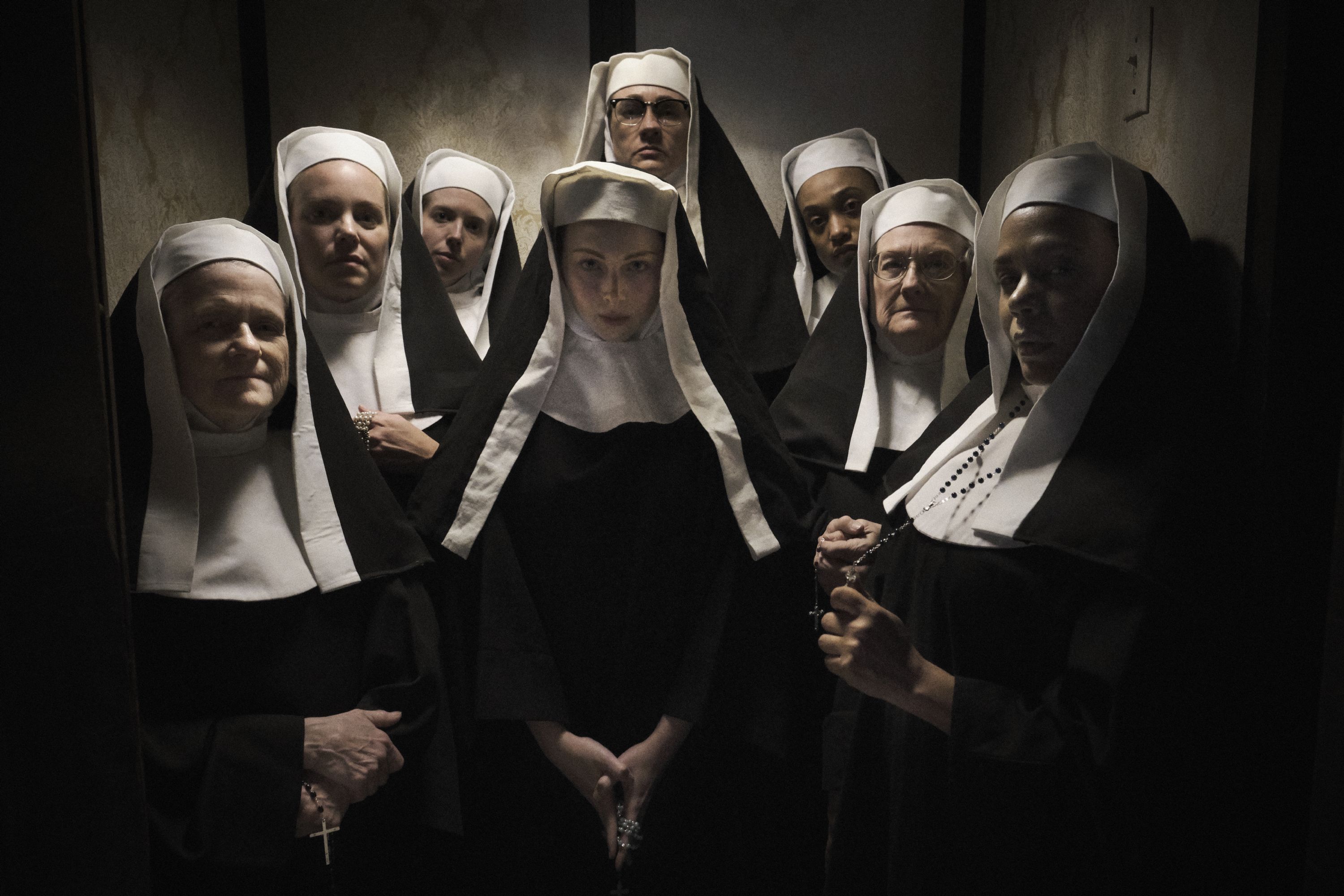 Climate of the Hunter left this reviewer old and unmoved.  Reece’s work was accomplished but lacked the punch that was needed.  Enter Agnes a statement on faith, grief, and much more.  Reece’s latest film has done what Climate did not.

Father Donaghue (Ben Hall) and Benjamin (Jake Horowitz) his young clerk are tasked to a convent where one of the Nuns may be possessed.  The Catholic church takes this as seriously as one would think.  Father Black is a man under investigation and soon to be dismissed.  As luck would have it the convent is truly besieged by a demonic possession that has taken young Agnes (Haley McFarlane).  The ramifications of the possession and its unexpected reach. Much farther than expected as the exorcism is not as important as the aftereffects to Mary (Molly C Quinn).

Writer/Director Mickey Reece has begun to shape a filmography filled with challenging genre films.  More than just challenging they are delivery systems for themes that do not often appear in genres he tackles.  Like a vampire film about familial jealousy and mortality.  This is a demonic possession about grief, loss, and what tragedy does one the soul.

It is neither important nor circumstantial that you believe these Nuns are being possessed or if the exorcism worked.  Reece ensures that these are almost perfunctory plot mechanics.  The ridiculousness of these entire endeavors is amped up to the Spinal Tap 11.  They’re meant to make you laugh at the ludicrous nature of all.

Though Agnes is not meant to be some comedic satire of the demonic possession subgenre.  It is only in the second half of the film, after the exorcism, that Agnes and Reece’s hands are shown.  How the film unfolds in its second half gives Agnes its power.  The journey that Mary and by default the audience goes through is worthy of not spoiling.  Needless to say, what transpires will challenge the viewer and give Reece fans come to expect; a film worthy of discussion.