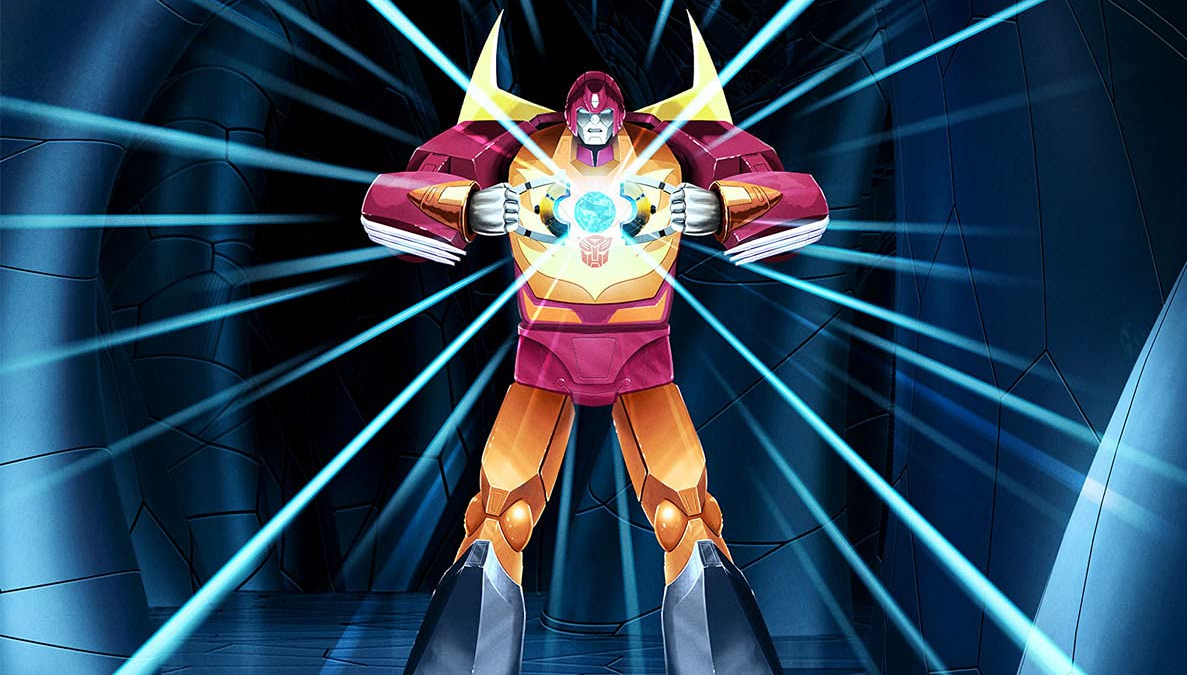 Transformers: The Movie makes its UHD debut thanks to the mad geniuses at Shout Factory.  Fittingly this is a Steelbook Edition filled with not only the archival extras but new ones too!

Having watched the film again after five years (I had watched it for Shout Factory’s 30th Anniversary Blu-Ray Edition, the review of which is gone because the site that it was on is basically gone).  Luckily for me, I kept the review and was a delight to find most of my thoughts were very on-point five years later.  I’ve added to my bullet points and elaborated a bit. But thought this was fitting.

Having not seen the film in well over two decades [NOTE: Since 2016, it’s been five years] I was surprised by this viewing of the 1986 Cult Classic.  I’m going to just list my major takeaways [NOTE: And a few more] from this viewing;

I will say this much, it’s still a fun and funny as hell film. It also may be the best Transformers movie other than Bumble Bee.

The new 4K Transfer of Original Film Elements.  The 30th Anniversary Edition was good.  The 4K UHD is amazing.  The clarity and color reproduction is second to none on this Dolby Vision encoded disc.  If anything this 4K disc brings out the animation issues and flaws which creates a fascinating look into an animated film that was produced quickly and cheaply.  Again, the disc is gorgeous and the film has never looked better.

Note about the Blu-Ray: the Blu-Ray comes as the Full-Frame edition that is the original aspect ratio the “film” was shot in.

NOTE: All special features appear on the Blu-Ray version of the Collection.  Though the audio commentary is on both.

The archival audio commentary is taken from the 20th-anniversary edition with Director Nelson Shin, Story Consultant Flint Dille, and Star Susan Blu is still a solid commentary track.  Details include how many animators were on projection, the work done by the various voice actors, the participants’ favorite scenes, the infamous deaths in the film, the work of the “star” voice actors, and much more.  It should be noted that there is some silence throughout but there is definitely some great information to be gleaned from the track.

Feature-Length Storyboard (1:19:45) – the all-new featurette similar to the one that Shout Factory places on their Studio Ghibli Blu-Rays is a welcome addition to the special features.  The storyboard version runs slightly less than the original feature but that’s because there is an abbreviated opening title sequence or closing credit sequences.  The storyboard version appears to pull the soundtrack from the original film.  As for the deleted and alternate takes, I didn’t see much of a difference but that isn’t to say there isn’t.  Any would-be action/adventure director would do good by watching this feature.  Fledging animators should also take note that the entirety of the film has been presented in StoryBoard format.  Note the storyboards are from Oct. 31, 1985 (per the opening titles).

‘Til All Are One: Retrospective documentary (46:23) – is an archival making-of documentary looking at The Transformers: The Movie.  The documentary does a great job of covering the production, release, and reception of the film.   Details include how the new toy line dictated the storyline, the death of Optimus Prime, the death of other characters, fan/children’s reactions to the death of their favorite characters, the read-through during preproduction with all the voice actors (something uncommon at the time), and much more.  Comments by Story Consultant Flint Dille, Comic Book Artist Livio Ramondelli, voice actors Gregg Berger, Susan Blu, Neil Ross, Dan Gilvezan, Songwriter Stan Bush, and Composer Vince DiCola!

Deleted Scenes (11:32) – There are 20 deleted scenes and lifted moments from the film.  These are in storyboard format with some action from the film cut into the scene for context.  It should be noted when they cut to the deleted footage there is no sound and only occasionally are their dialog snippets in written form on the storyboards.  Still a fascinating look at what was cut from the film.

Original Theatrical Trailers (3:03) – two trailers are included.  It is worthy of note that these have not been restored and would give one context of how much work went into the restoration.

Cover Art Gallery (2:06) – the gallery by Matt Ferguson looks at the progression of the cover art he did for the new release.  The 25-stills can either run automatically or be navigated with your remote’s Next and Back Chapter stop buttons.

If you’re a huge fan of this film or the Transformers in general, this is a nirvana of a release for you.  Or the Matrix of Leadership release if you will.  Recommended!

Shout Factory’s UHD Steelbook Edition of Transformers: The Movie is out now