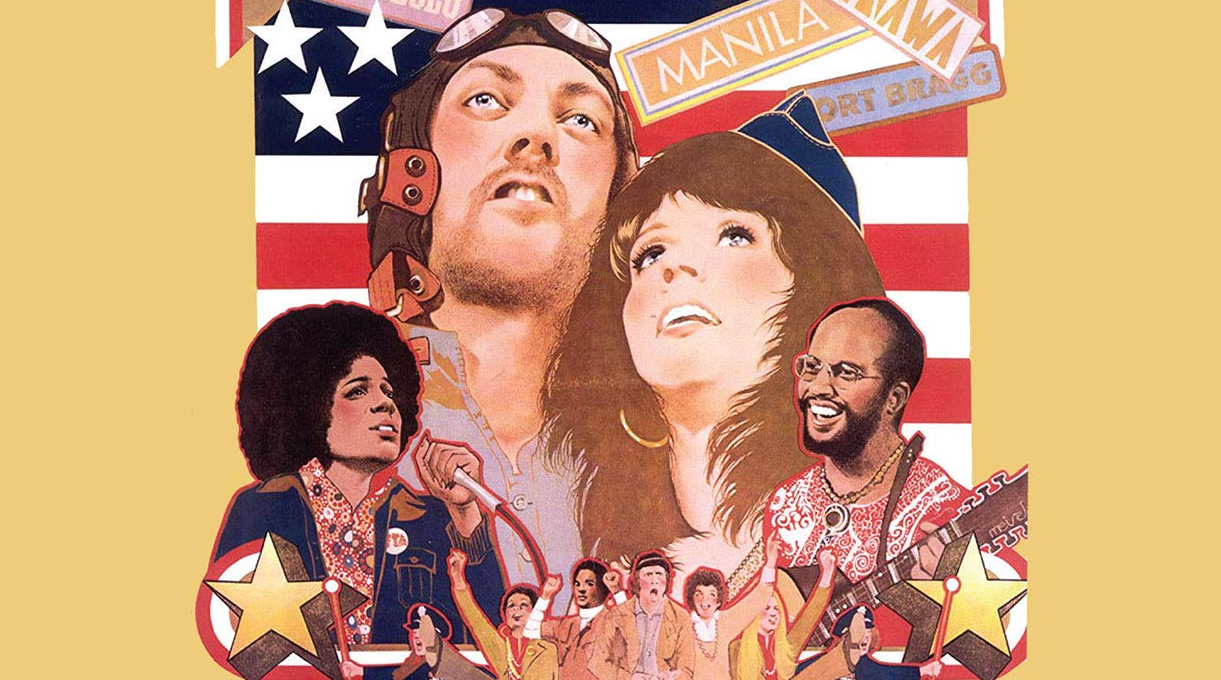 F.T.A. the long out of circulation documentary about the Anti-War traveling Comedy Tour that featured Jane Fonda and Donald Sutherland has been restored and brought to Blu-Ray by Kino Lorber.

Sometimes we need a reminder of what a time was really like.  Not the way that people have shaded the time in history with their own agendas.  F.T.A. shows how a group of artists, activists, and vets banded together to give the exact opposite of what Bob Hope’s (no offense to the legend) USO tours during the Vietnam era did; give a voice that said it was vital to descent.

Filmed over the 18-months that F.T.A. toured the South Pacific regions of Japan, the Philippines, Hawaii, and other locations.  The documentary does not just show us the variety act that visited areas where Service Men and Women were stationed but it also gives us a slice of history.  That history is the descent within the military and the Veterans of the War who were tired of mass genocide of a people that had done nothing to them.

Though Southerland and Fonda both feature prominently in the documentary it is the other artist and activists that fill the troupe of traveling protestors that give life to this film.  If it’s the heartbreaking song by Rita Martinson or the post-show discussion between the performances and the crowd, there is so much heart and compassion to every frame.

Those blindly following a Government or Political party’s regimented talking points will find this documentary incendiary.  F.T.A. makes no qualms about just how fucked up everything is at this time… though nothing had changed as American’s are still fighting for the same freedoms and norms as they were when this was filmed.

Make no mistake this is a vital piece of history much like Nationtime that should have NEVER been pushed out of circulation.  Thankfully, this release pushes it back into circulation at a time that we need it.

F.T.A. has now been fully restored in 4K by IndieCollect is a beautifully restoration.  Keeping it’s grainy constraty image intact but adding much needed clarity and sharpness that does not distract from the original image.  It’s a masterful restoration that IndieCollect should be commended for.

Introduction to F.T.A. (5:37) – Jane Fonda introduces this rarely seen documentary.  Her introduction serves as a guide of how the F.T.A. show came to be, how her rise as an activist in the early 70s, how F.T.A. the film was only shown in theaters for a week before pulled, and much more.  Fonda covers so much ground and does so with passion it’s better to let her say it in her own words.  NOTE: There is not an option to play separately from the Feature.

Sir! No Sir! (83:37) – This is an adding bonus feature-length documentary directed by David Zeiger. Zeiger’s documentary traces the rise of the protest and descent within the Army and in the US against the war in Vietnam. The documentary touches on G.I. Coffee Houses, the Tyrell Boycout, the G.I. Underground Press, the black experience as a Soldier in the military from all aspects, the Mei Lai Massacre, the rise of fragging and the lone prosecution of Billy Dean Smith (because he was black), the Government’s attempts to suppress the truth about the of the G.I. movement, the government’s lies about the bombing of civilian targets, the rise of WORMS (W.e O.penly R.esist M.ilitary S.tupidity), the propaganda of the “hippies spitting on Vets” and how thoroughly researched by a reporter that found that it was a myth and how things started to be rewritten.  The documentary is as vital a piece as F.T.A. as Sir! No Sir! Give a truly informative and (dare I say) entertaining look at this dark time in history.  It is not to say the documentary isn’t serious but it is told with a compelling tone that will have anyone invested very quickly in what are some great different points of view on things we have been told by much more conservative viewpoint. The feature is narrated by Troy Garrity.  Bravo to Kino Lorber for including this amazing documentary.

Interview with Jane Fonda (19:38) – the archival interview with the screen acting legend and true-blue activist Jane Fonda recorded for the documentary Sir! No Sir! (included here).  Details include how she got involved with the anti-war movement with Dr. Howard Levy (who was jailed for refusing to train soldiers), Bob Hope’s USO shows by comparisons, some of the tone-deaf jokes in the late 60s and early 70s, the various Hollywood actors and writers that came together to put the show together, how the name came about, Nina Simone performance (with footage), the evolution of the show and adding female voices and black voices to the show, the tour in the South Pacific, the political maneuvering that was required to run these shows, how she handled the expectations of the G.I.’s with her “sexy kitten”/Barbarella image, some of the sobering and harrowing exploitation of the people of the South Pacific, and much more.  You can see Fonda’s passion for the movement even fifty years later and most of the topics that were discussed are things that unfortunately still dealing with.  This is a great interview.

Kino Lorber’s Blu-Ray of F.T.A. is out now