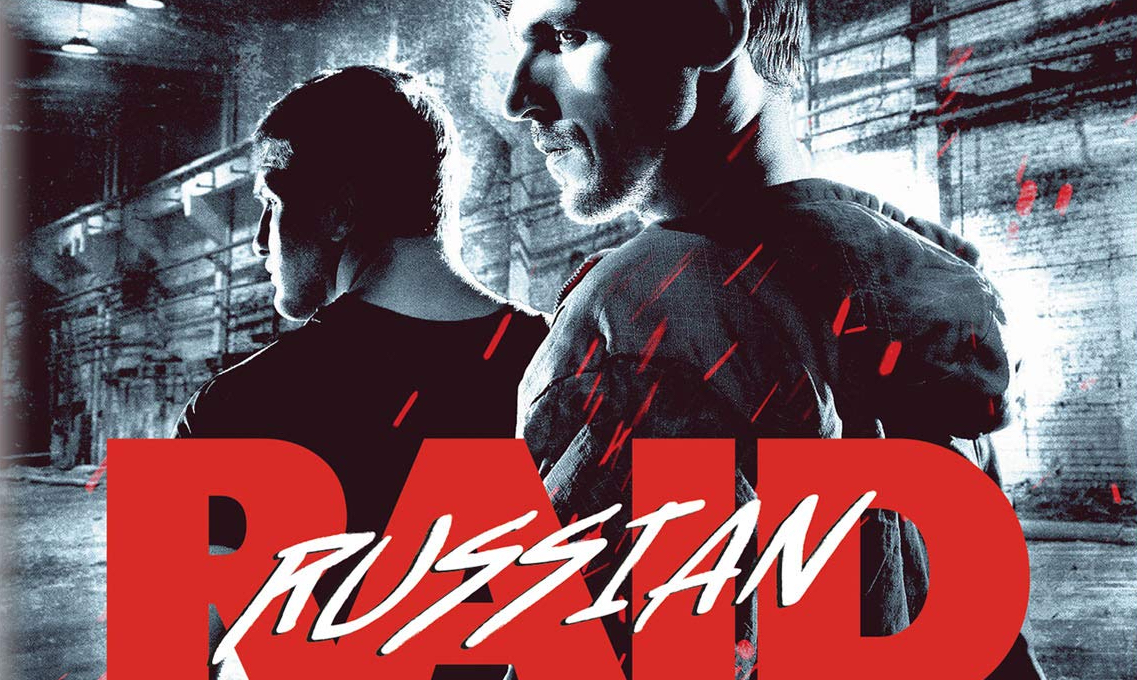 Sometimes you need a no-frills straight-ahead action film.  If you like the flavor of said action with subtitles… Russian Raid is going to be your cup of tea… laced with nitroglycerin.

Nikita (Ivan Kotik) an ex-Spetznaz operative (think CIA or MI-6) now Merc-For-Hire is given a team to forcibly remove a “Security Team” and the “Share Holders” of an abandoned warehouse.  Nikita and his less than cooperative team get more than they bargained for as their employer has left out that this could be the location of a Russian Military cache.  Never mind the fact that Nikita took the job as he saw it as a way to get his final revenge in the name of his father.  It’s all about to get a lot more complicated as the owner of that cache and Nikita’s target closes in on them.

Russian Raid was “inspired” by Gareth Evan’s The Raid. I use the word inspired in quotes because Director/Co-Writer Denis Kryuchkov puts his own spin on the story, the setup, and even the action that it feels like Evan’s Indonesian classic is truly just a starting point.  Kryuchkov’s film finds its own ways to put its creative stamp on the martial arts and fight scenes.

Yes, the film is highly choreographed, but this is more of the MMA/Jiu-Jitsu style of fighting rather than Silat.  Also of note, rather than go with your normal heightened sound FX work that others have gone for Russian Raid sides on a more realistic soundscape which will shock many at first.  It is one of the surprises that make the film an unexpected surprise.  Kryuchkov with his stuntmen/actors and their willingness to go all-in creates a milieu throughout the film that makes the fights more impactful than other martial arts films out of Asia, the US, and Europe.

The film is as slickly produced as any other action film you’ll see this year.  The camera work by cinematographer Alexey Sedov always keeps the action and the geography at the forefront.  Sedov’s work which leans more towards the Asian school of action which favors camera movement and uninterrupted takes over flashy editing.  It helps that the film was cast from the top beginning with Kotik with stuntmen.

Similar to the great Sputnik, Russian Raid finds if an audience member willing to take the leap they will be rewarded.

Well Go USA has been given a beautiful transfer of the film.  The film on Blu-Ray is handsomely image; sharp, beautiful color reproduction, and spot on contrast levels (the movie takes place mostly at night and low level light).

Russian Raid will find many fans of action films off guard in the best way possible.  Recommended!!!