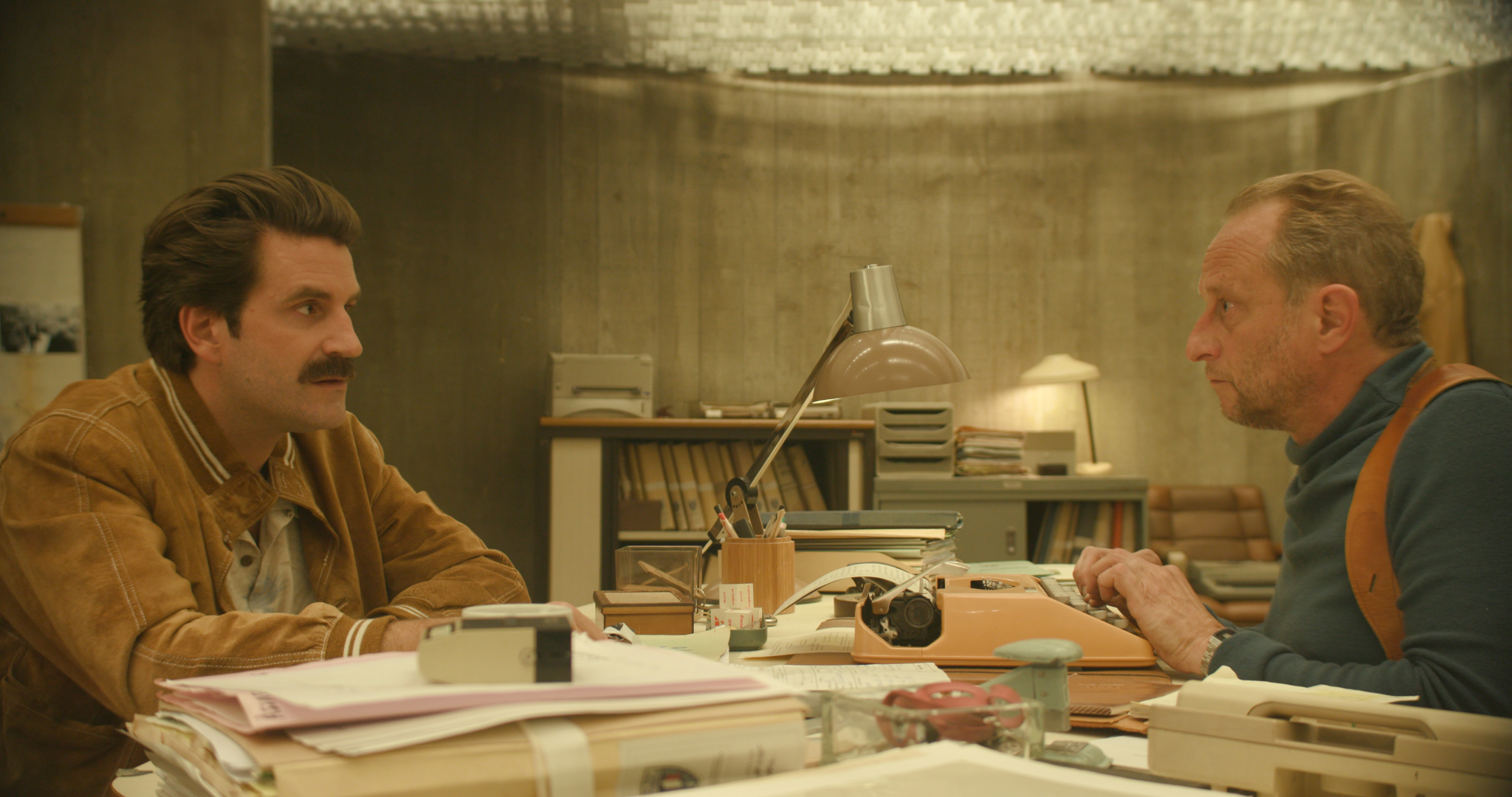 Writer/Director Quentin Dupieux puts his witty and unique stamp on the Police Procedural with the hilarious Keep An Eye Out.

Any film from Quentin Dupieux is both a treat and a challenge.  Keep An Eye Out has the cinematic rapscallion taking on a tired Procedural subgenre with the same kind of aplomb and style fans of his work are used to.

Louis (Grégoire Ludig) is brought in after he finds the body of a dead man.  Commissaire Buron (Benoît Poelvoorde) questions Louis as though he is a suspect of the murder of the dead man.  Their back and forth soon involves others in the police station.  Though innocent of the crime he’s being questioned about things that conspire against Louis including reality itself.

One of the delights of Keep An Eye Out is just how unexpected and hilariously droll everything plays out.  A spiritual cousin to Dupieux’s brilliant Rubber.  Where Rubber reveled in bucking the conventions of the Slasher film, Keep An Eye Out takes aim at the Police Procedural.  If already a fan of Dupieux’s extra dry concoctions of cinematic tomfoolery you will have to read no further.  They are already aware of the trickster’s tricks and will enjoy the deflation and dissection of well-worn genre tropes.

Those that are unfamiliar with Dupieux films should be prepared for the sort of ‘anything can go’ style of storytelling that plays out during the brisk 73-minute runtime.  Dupieux’s deconstructionist tone and directorial style push the boundaries of conventional storytelling.  For those that do not like fourth-wall breaking Keep An Eye Out can be too much.  For those adventuresome audiences willing to go even further than say something as commercial as WandaVision should find Keep An Eye Out as a perfect jumping-off point to this sort of movie.

Keep An Eye Out continues and strengthens the beautiful and strange filmography of Quentin Dupieux.