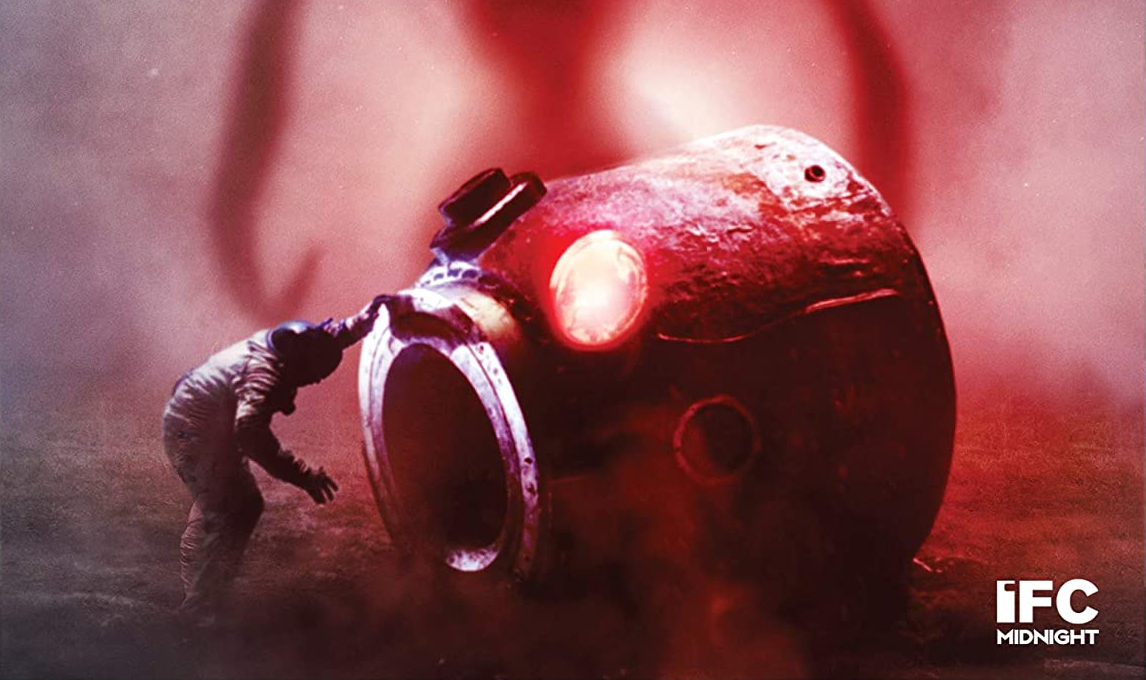 Buckle up for a truly fun Monster Movie.  Set in Russia.  In 1983.  Trust me, you’ll want to see Scream Factory’s Blu-Ray release of Sputnik when it comes to image and sound, they bring the fury.

Truly effective monster movies are hard to come by.  Sputnik manages to not only be effectively scary but with style to spare.

As Cosmonauts Konstantin (Pyotr Fjodorov) and Rigel (Anton Vasiliev) are preparing to reenter earth’s atmosphere when something goes terribly wrong.  They land in Kazakhstan, Russia (the story takes place in 1983).  Days later Dr. Tatyana Klimova (Oksana Akinshina) is being tried for malpractice is given an offer.  Got to a secret military installation to be apart of a team investigating a matter and all her malpractice issues will be gone.  Having really no choice she agrees.  Like all deals with the devil, there is always a hitch.  That hitch turns out to be much more sinister and cosmic than she could ever imagine.

Part of the fun and effectiveness of Sputnik is director Egor Abramenko’s stylish and effective direction of the clever script by Oleg Malovichko and Andrei Zolotarev.  Both director and screenwriters’ side on the slow burn and mystery of the piece.  The central conceit, an alien infecting and possibly making a man a symbiote, is an intriguing one.  Wrapping it into the Cold War Era in the middle of Russia makes it even more engrossing.  Those dual layers of paranoia that whatever is happening at the facility is not all it seems as much as the creature and its purpose is not what it appears creates the right sort of driving methodical narrative.

Once the filmmakers do unleash what you know is coming Sputnik shines as the gory, creepy, and scary monster horror film you want it to be.  The fact that Abramenko and cinematographer Maxim Zhukov create a visually stunning film adds to the already effective film.  Make no mistake Sputnik is the real deal.  Perfectly modulated pop horror.

The image quality is near reference.  Scream Factory has been given a beautifully rendered hi-def transfer.  The movie was shot/lit darkly and could have posed some issues.  The Blu-Ray’s contrast and black levels are always on point that even during the darker moments the transfer can handle it.  Fans of the film will definitely be happy with Scream Factory’s disc.

Listen to the Russian Audio in DTS 5.1 Surround.  It may be one of the most aggressive mixes I’ve heard in recent memory.  I have not heard surrounds and rears this active in a long while.  Those with even a half-way decent set-up are in for a major treat.

No Extras included on the Disc.

Scream Factory’s Blu-Ray of Sputnik is out now