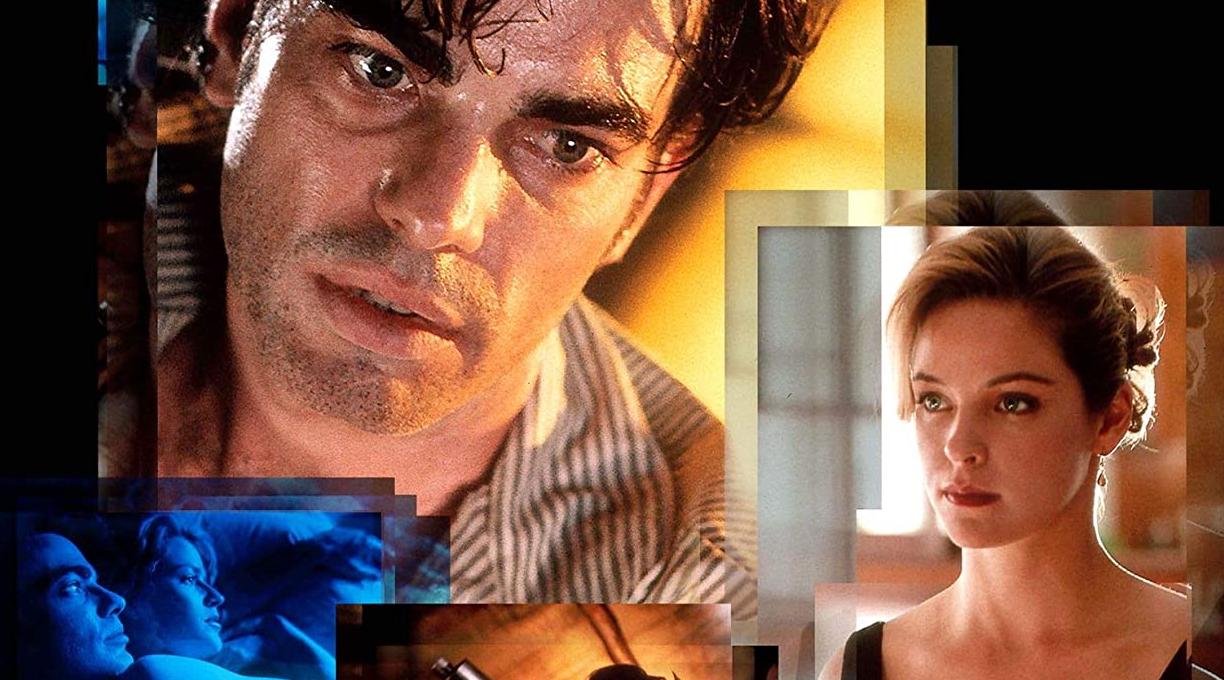 The Underneath a twisty neo-noir from Steven Soderbergh.  Kino Lorber has the film on Blu-Ray with extras.

Steven Soderbergh almost left filmmaking altogether because of The Underneath an adaptation of Criss Cross. That doesn’t mean it’s a bad film.

Michael Chambers (Peter Gallagher) comes back home after paying his debts after gambling his life away.  What begins as a visit for his mother’s remarriage becomes a long term stay. The primary reason?  The long-lost love of his life, Rachel (Allison Elliott).  Michael tries to rebuild his life.  Takes a job with his new stepfather (Paul Dooley) at an armored car service.  Those terrible tendencies to risk it all call to Michael as Rachel is involved with a very dangerous man (William Fichtner).

The film is as visually arresting as anything that Soderbergh has done.  That isn’t an issue.  The issue is the languid pace everything plays out at.  There is no real driving force.  It is as though Soderbergh’s quirky sense of story, which has always been a trademark of the directors since Sex, Lies, and Videotape, evaporated.  There isn’t any sort of narrative drive.  Things play out without any sort of enthusiasm.

The Underneath is beautifully transferred to Blu-Ray.  The film was initially released as an “extra” on the Blu-Ray edition of King of the Hill.  Comparisons find that this disc with more allotted space has a better transfer.  The film looks all-around sharper and bolder, with the benefits of updated compression software and more space on the disc as it’s the main feature not relegated to an “extra”.

The newly recorded commentary by critic Peter Tonguette about a film that the critic does state at the opening Soderbergh is not a fan of.  Tonguette does a great job of giving us a breakdown of the film and the production itself and where it lines up in Soderbergh’s career.  Details include the comparison to The Postman Always Rings Twice (specifically the Rafelason’s remake), Ebert’s thoughts on the film, Soderbergh’s career transition as a director in the late 90s to the early 00s, the director’s discussion of his work in The Underneath, Soderbergh’s hilarious comparison of the project as “Antonioni’s Red Desert that meets an armored car heist film”, how Soderbergh was attached to the film, the production in Austin Texas, how Waterworld’s production affected this production, Soderbergh’s approach to the visual in this film as opposed to films he made after this (and became his own cinematographer), the director’s close visual style to Richard Lester and Robert Altman, the gallows’ humor of The Underneath, the work of Elliott Davis, the work of composer Cliff Martinez, the work of Peter Gallagher, the work of Allison Elliott, how the film is cast with a plethora of various actors of different eras, and much more.  Tonguette does a great job of discussing just how important this work is of the director’s career even if Soderbergh has waved the film is.

The Underneath is a fascinating film and Kino Lorber has given it a proper release.  Recommended!