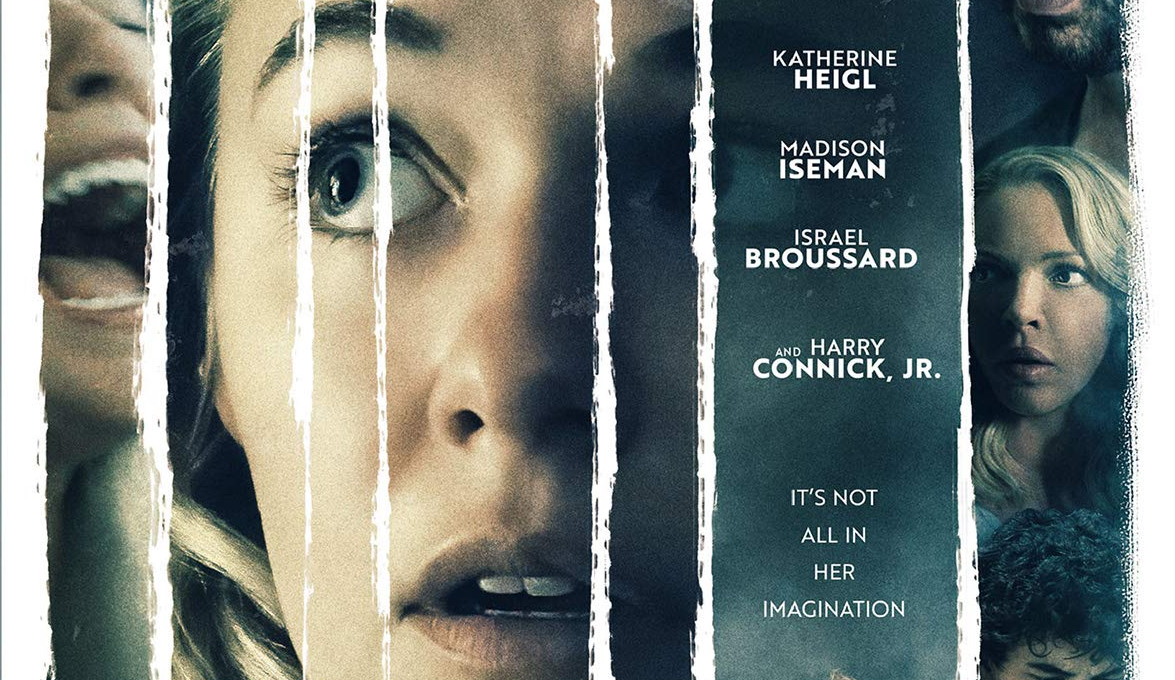 Madison Iseman is center stage in this unique thriller written and directed by Castille Landon.

A true psychological thriller, Fear of Rain, is standard Hitchcockain style thriller.  Actress Madison Iseman elevates the film with her performance as a girl dealing with schizophrenia trying to make sense of what is real and what is not.

Having just been released from the hospital Rain Boroughs (Iseman) her mother (Katherine Heigl) and her father (Harry Connick Jr.) both are trying to help the young woman cope and recover from another break.  At school she is a social pariah where her best friend won’t talk with her.  Just trying to survive her harsh realities, Rain begins to think and see that her neighbor, who happens to be one of her teachers, may have kidnaped a child.  With the help of Caleb (Isreal Broussard) a new kid at school, she begins to piece together that her teacher may be more sinister than anyone believes.  Though no one will believe her.  Not her father.  Not her mother.  Not her therapist.  To make matters worse she thinks that Caleb is in her head.

One may find adding a character with schizophrenia as their main character in a psychological thriller crass.  Iseman and director Castille Landon do their best to elevate the genre origins to create a character that’s not only a likable lead but one you at every turn have a vested interest in.  Iseman, who’s primarily known for her work on the Jumanji reboots, shines here.  As Rain, she has the room to create a character that isn’t just the diagnosis.  Added assists by Heigl, Connick Jr., and Broussard all help Iseman’s performance and her carrying the picture.

One wishes that Landon and Iseman were able to tackle the subject in a less genre-centric film.  The film for those willing to take the dive is a solid reliable thriller.  Fear of Rain will surprise many with its the elevated treatment of standard genre thriller.

Lionsgate has given the film a beautiful transfer on Blu-Ray.  The digitally shot film is handsome and razor-sharp.

The extras include the following;

Collective Fear: A Conversation (32:41) – a zoom conversation that’s almost a mini-commentary as they’ve smartly included production stills, behind the scenes photos, and scenes from the movie playing throughout.  Hosted by co-star Harry Connick Jr. featuring Castille Landon, Madison Iseman, Israel Broussard,  and Eugenie Bondurant is a lively and thoughtful conversation on the making of the film.  Details include how the project was developed and created by Castille, the casting process, the subject of schizophrenia, developing characters with the younger actors, the late casting of Bondurant, Landon’s work as an actor helping informed her direction, the visuals in the film, and much more.  This featurette may possibly be the best Zoom Conversation featurette this reviewer has ever seen.  The way that Lionsgate’s and the Producers of the special features have made the effort with ensuring that not only the video footage was not glitchy but the additional visuals are thoughtfully considered.  Bravo to all those involved, more companies should take a cue from this special feature as it makes a huge difference in the enjoyment of the extras.

Deleted Scenes (4:37) – five scenes that add slight moments of characters but understandably were cut as they feel like things that have been covered in the film.

Fear of Rain is an above-average thriller with a truly strong performance by Madison Iseman.