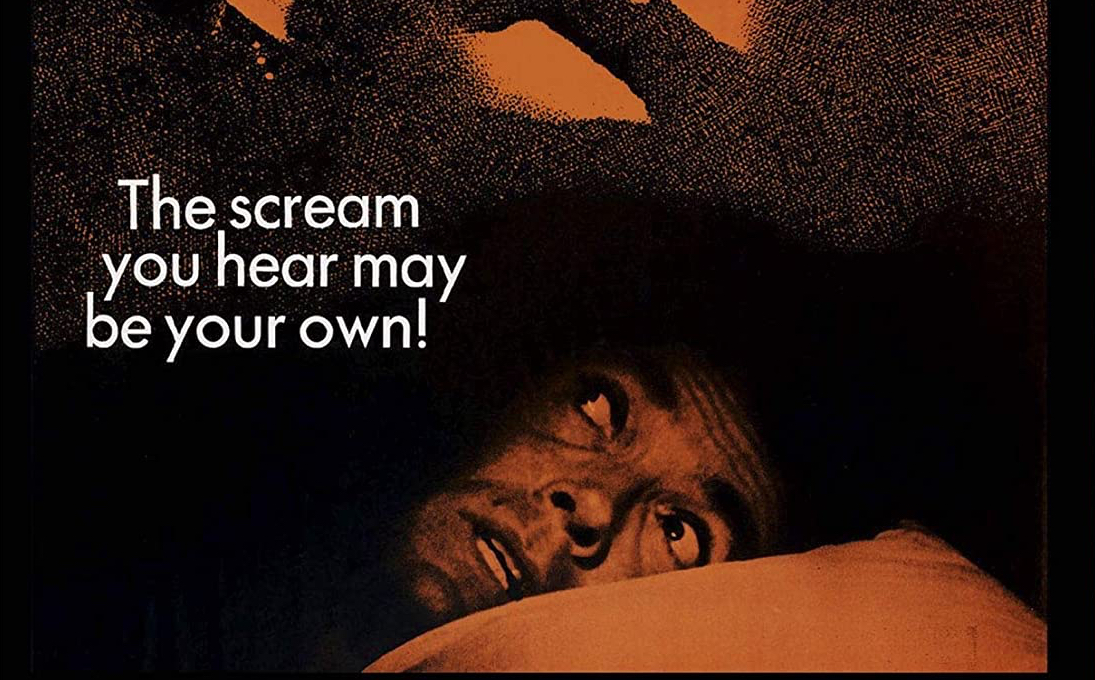 Before Wild Things, Basic Instinct, Fatal Attraction… there was Play Misty For Me.  A psycho-sexual thriller and directorial debut of Clint Eastwood comes to Blu-Ray courtesy of Kino Lorber filled with extras and a new 2K Master.

At the height of Clint Eastwood’s star power, he cashed in that Box Office cache to direct a small sexual thriller.  Play Misty for Me was the outcome and thus begins Eastwood’s career 3.0 as a multi-hyphenate.

Dave Garver (Eastwood) is your average man-about-town Lothario circa 1971.  Living in the quaint hamlet of Carmel California he’s got it all; a beautiful house, too cool job as a DJ on a Jazz Station (when Jazz was still very popular), and a bevy of women he woos to bed.  Nothing could be better for the dude.  Dave’s cool cat lifestyle is about to be turned upside down by mystery caller Evelyn (Julie Walters).  What Dave thinks is a one-night stand is so much more to Evelyn.  Evelyn comes in like a wrecking ball (you know the song) and begins to ruin Dave’s life from his perspective.  This all leads to a familiar confrontation between Dave and Evelyn and Dave’s girlfriend.

Play Misty for Me is an often-complex play on the male “women be crazy” psycho-sexual thriller that literally began with this film.  The old adage about the original being the purest/undiluted form is true here.  Light on sex and heavy on psychology the film tightens the screws

The film is light on sex, this is not a film with obligatory ass-shots of a thrusting Michael Douglas in the throes of ecstasy.  Which is something that in the 80s and 90s they leaned heavily on (Douglas became a superstar because of this, though many others did as well).  Eastwood is not as crass.  Here he heavily intercuts the scenes of lovemaking, which are could be seen on TV nowadays, with shots of nature giving us a sense of his character’s headspace.  Waves crashing as he takes Evelyn to bed.   Picturesque shots of foliage as Dave makes love to Tobie (Donna Mills), while Roberta Flack plays no less.

The film is definitely heavy on psychology and for its time deep dive into what is a very tricky subject.  Which again something in the 80s and 90s psycho-sexual thrillers were light on going rather going for the “women be crazy” solution.  Play Misty for Me shows Evelyn’s deterioration and blames much of it on Dave’s inability to handle things as he should.  One of the most arresting aspects of the film is how Eastwood uses his own persona and steely gaze to show a man who is complicity at the very least in rocking Evelyn’s mental health to a dangerous place.

The one thing that does give anyone pause is the third act moment of violence.  There is a moment that will honestly shock anyone.  Something that’s hard to reconcile even with “well it was the 70s” wah-wah… style attitude.  It’s that moment that honestly keeps it from not being a contentious piece of cinema.  It’s not to say that Fatal Attraction has it solved, by no means.  That movie can go fuck itself with its third act political bullshit “As long as my wife shoots the lunatic with a gun it’s all alright”.  At least Play Misty for Me does do that right putting everything on Eastwood’s character even though at first glance one would not think so.

As it stands Play Misty for Me is still a haunting piece of work that’s much better than most of the Psycho-Sexual Thrillers that came after it.  The film’s restraint is the biggest asset, something that Eastwood’s directorial career has, for the most part, been built on.

The Brand New 2K Master is solid.  The new transfer is beautifully reproducing the almost Film Noir look that cinematographer Bruce Surtees and Eastwood used.  The contrast and black levels are beautifully reproduced.  The new 2K Master is night and day better than previous incarnations of the film on Home Video retaining the grain structure and sharpness of the image.

The newly recorded commentary by Tim Lucas is an informative track.  Beginning with a nice little introduction very nicely reference to the film Lucas begins with a very detailed account of the script development, production, and release of the film.  Lucas deep dives into Carmel as an odd town and the production location (Eastwood’s hometown for sixty plus years), the particulars of the cast, how Eastwood was able to shoot the film affordably, where the title Play Misty for Me (which is very interesting and how cultural shorthand slowly go away), the Evelyn Character and her physiology, LBGTQ and Eastwood, Steve McQueen being courted before Eastwood came aboard, Julie Walter’s casting and career, an interesting side note about Eastwood’s casting in Dirty Harry, the story of how Roberta Flack’s best-selling single The First Time Ever I Saw Your Face came to be on the soundtrack, the docu-drama moment at the Monterey Jazz Festival and its importance in and outside of the film, the critical reception of the film, the ties to Edgar Allan Poe’s work, and much more.  Lucas’ academic track is a must for any Eastwood fan.

Interview with Co-Star Donna Mills (11:31) – this newly recorded interview with the actress is filmed via Zoom because it was COVID-19 restrictions. Video Quality aside this is a great interview with Mills recounting her hiring and the production.  Anecdotes like being hired because of Burt Reynolds, the quickness of moving into the production, Don Siegel being on set beyond his acting role in the film, Clint’s “one take” mentality that started from the beginning, her friendship with Jessica Walter, the lovemaking scene, and more.

Play It Again… A Look Back at “Play Misty For Me” (49:22) – is an archival behind-the-scenes documentary from the original DVD release.  Featuring interviews with Eastwood, Julie Walters, Donna Mills, Don Siegel, Richard Schickel, and other cast and crew.  As Eastwood as a guide, the documentary looks back at the history of the script, the casting, the deal to direct and act for Eastwood, the creation of the character Eastwood played, Carmel as a production location, Eastwood’s side comments about Fatal Attraction being essentially a remake, the work to make sure that Eastwood’s action persona was not present, the shooting of the violence, filming the Monterey Jazz Festival, the very uncomfortable “punch” that ends the film, the reception from his Director Peers after a preview, and more.  It’s a great look at the film in lieu of an Eastwood Commentary (which much like Spielberg refuses to do).

Video Essay by Film Historian Howard S. Berger (73:24) – Berger goes all out in what is a beautifully verbose Visual Essay culling from scenes of the film, stills taken directly from the film, behind-the-scenes photos, and various other media.  The Film Historian goes through just about everything you could possibly as a critic dissecting the film from almost every aspect of the film.  Sexual Politics, Jazz, Character Motivation, Directorial flourishes, the specific use of music, use of editing, use of mise en scene, the supernatural aspect of the film, and so much more.  This is the best featurette in on any of the newest Eastwood Kino Lorber discs I’ve reviewed.  The feature-length visual essay is a must for fans of Play Misty for Me and any Eastwood fan that loves the Star/Director’s work.

The Beguiled, Misty, Don and Clint: Featurette (6:13) – this archival featurette discusses Eastwood’s career and the moment in time where Eastwood took his image and began to bend it beyond the “tough guy” persona and how Don Seigel helped him.  It features comments by Richard Schickel, producer Robert Daley, and Eastwood himself.

TRAILERS FROM HELL with Adam Rifkin (2:02) – Rifkin gives us a micro-commentary for the Eastwood directorial debut.

Still Montage (3:54) – 46 production stills, behind the scenes stills, and publicity photos that automatically play over the movie’s theme music composed by Dee Barton.

Clint Eastwood Directs and Acts: Photo Montage (2:03) – 24 stills of Eastwood behind the scenes directing and acting in the film.  The montage runs with an accompanying score by Dee Barton from the film.

The Evolution of a Poster: Photo Montage (2:37) – an interesting montage of photos that helped create what would eventually become the poster including an alternate title (called The Slasher).  Dee Barton’s score for the film accompanies this montage as well.

Two TV Spots (1:03) – these two TV Spots are narrated by Orson Welles are so overheated you’d think they were real… they are.

Theatrical Teaser in HD (0:53) – another Orson Welles narrated overwrought teaser trailer with just stills.  The stills because it was all too much for 70s audiences to take!!!

Theatrical Trailer in HD (1:53) – the final Orson Welles narrated trailer.  This one actually has scenes but still overwrought in its editing with still photos at the end.

Kino Lorber has gone all out for Play Misty for Me with a wealth of extras and a beautiful new 2K master.  Highest possible recommendations!!!